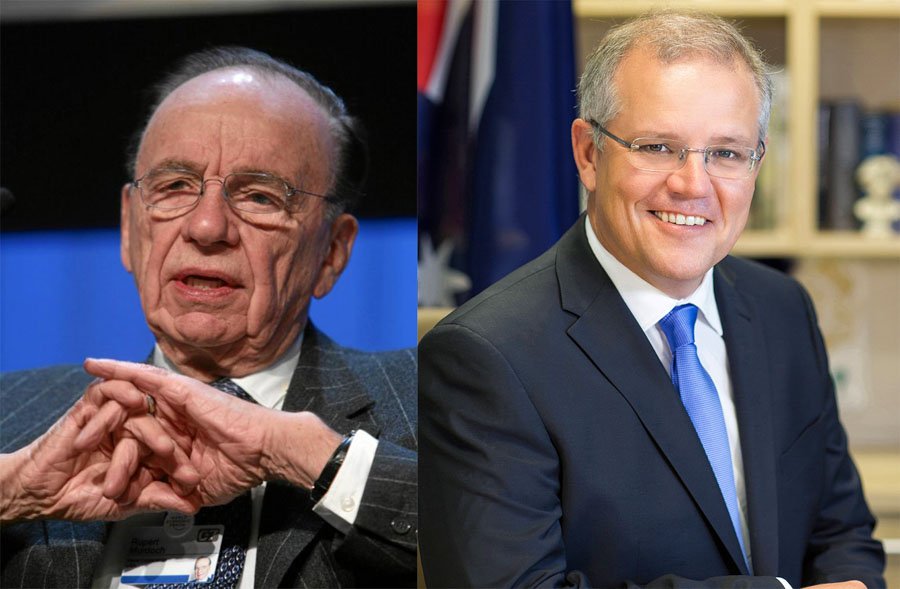 Bushfires, drought, Covid-19, President Trump’s mind-boggling swansong, the non-declaration of a new cold war between the West and China: you brought so much dismay.

It’s seemed so surreal to me, in Australia. For a start I had assumed that the Covid-19 pandemic would take off here, as it did in so many other countries. But – not to belittle the awful impact on those who were affected – the virus has been contained so far, contrary to my expectations.

And yet, the pandemic has brought far-reaching consequences, especially for our democracy which has been exposed as far more fragile than most of us might have imagined. In particular, it was a year in which political corruption became normalised. Again and again the Morrison Government simply shrugged when caught out by scandals that would have cost ministers their jobs in years gone by and defied anybody to do anything about it. And, shockingly, nobody could.

It was a year in which the merger of corporate and government interests became so overt that nobody even tried to hide it anymore. Government policy is written to favour corporate donors and cronies. Friends and cronies score lucrative contracts without having to bid for them and they welcome former government ministers and senior bureaucrats into cushy salaried positions as rewards – I presume –  for services rendered.

To keep themselves in power, to keep their noses in the trough and to keep the conveyor belt of favours running non-stop to their friends and sponsors, it became clear this year that governments had treated public money as their own, shovelling funds to favoured electorates and organisations. Again, after half-hearted attempts to deny and deflect, they shamelessly admitted the truth and again defied anybody to do anything about it.

This was also the year in which Rupert Murdoch’s stable of media outlets threw away the last tattered shreds of pretence of fairness and honesty, switching its full weight behind the corporate-government model exemplified in Australia by the Liberal and National parties and ramping up its pre-existing bias to astoundingly brazen levels. With a death-grip around the throat of the fading ghost of Australia’s old media, Murdoch makes sure his readers and viewers never learn about half of his favoured government’s misdeeds while providing excuses and distractions to ensure that even those that are unavoidably exposed are quickly consigned to the dustbin of history without any consequences.

It was a year in which the ruling corporate triumvirate of the Coalition, the Murdoch media and big business declared war on anything or anybody who might conceivably threaten its hold on power. Truth-tellers like Julian Assange or Witness K are relentlessly abused. The public broadcaster, Australia’s ABC, is under almost daily attack by the Murdoch propaganda machine and its joined-at-the-hip Morrison Government. Public auditors, statutory authorities with charters to protect public funds and ensure honest dealings are under siege.

And now it appears the triumvirate has its eyes on the Australian electoral system.

A bite at the jugular

After every election a parliamentary joint committee examines the conduct of the poll and reports back to parliament. Usually it doesn’t amount to much, but it seems the Coalition has the wind in its sails following its string of successes in the year of Covid-19. With democracy being knocked into a cocked hat in every direction you care to look, the so-called Joint Standing Committee on Electoral Matters is shaping for a bite at the jugular.

Naturally the committee, in its long-winded majority report, manages to disregard or discount any genuine electoral reforms that might assist our ailing democracy. It runs miles, for example, from long-standing calls to put a cap on election spending. Campaign spending is now an arms race between the two main parties and occasional cashed-up interlopers like Clive Palmer, whose colossal spend on the 2019 election did such harm to the Labor Party, against which he so furiously campaigned.

The committee argues that regulating campaign funding might give an advantage to Labor, which is supported by trade unions. On page 91 of its report, the committee states: “This is the danger when regulating campaign expenditure – that the organised side of politics, which does tend to be the Centre Left, will have a structural advantage over the Right side of politics”.

It also claims that spending caps “are a handbrake on freedom of political expression”, and in the same vein the committee opposes any attempt to enforce truthfulness in election campaigning, arguing that “the best arbiter of truth in election campaigns is an engaged electorate”.

Having discarded perhaps the two most important actual reforms that could be introduced, the committee instead rolls out a list of recommendations designed to warm the cockles of the heart of any opponent of democracy.

It wants, for example, an end to the blackout on electoral advertising on television and radio in the immediate lead-up to the poll, on the grounds that this causes disadvantage to commercial TV and radio operators, compared to online news outlets based overseas which can go their hardest to the bitter end.

It wants a requirement to produce photo ID before being allowed to vote. It sounds so reasonable doesn’t it, especially if you are a fracking corporation trying to have your way in an area with a lot of indigenous people who might not have photo ID.

It wants to get rid of compulsory preferential voting and make it optional.

It wants to get rid of those pesky by-elections that voters so often use to punish arrogant governments for breaking promises and misbehaving. Let’s let “the party or group elected at the general election choose the replacement.”

It wants a new criminal offence of “political violence” enacted, to stop campaigners following candidates around and trying to make them answer hard questions. Obviously, the existing laws just aren’t enough to keep politicians safe from nosy busybodies. But one imagines this new offence will have to provide a loophole so that Rupert’s rags can continue publishing photos of non-favoured politicians in rifle-sight crosshairs.

It wants to limit the ability of non-party campaigners to communicate with voters at polling places.

It wants more politicians in parliament. It wants to cut the pre-polling period to two weeks maximum and force pre-poll voters to provide written reasons. It wants to increase the parliamentary term to four years, but wants that term to be unfixed, so a government can still call an early election if it senses an advantage in doing so.

Finally, to clinch its flimsy arguments in favour of making it harder to dislodge bad governments, harder to elect members from non-major parties and harder to hold politicians to account, the committee presents this piece of waffle from its Liberal chairman, some bloke called Senator James McGrath:

“We sleep safely in our beds protected from the claws of the banality of evil because we decide who governs. These reforms are about empowering further the voter. Governments in democracies should always be wary of the voter. Long may it be so.” Sounds like something from Rupert’s Daily Telegraph on one of its worse days.

Rest assured, gentle voter, the majority report is silent on such electoral matters as fake voting advice in Mandarin on posters designed to look like official Australian Electoral Commission material in key marginal seats. No mention, either, of fake death tax scares on social media. Funny that.

The only bright spots in the whole miserable document are the dissenting reports by the Greens and the ALP, for which you will have to scroll to page 185. There, in the Greens report, you may read that: “the majority report presents a vitriolic attack on democracy, and on those voices that the government perceives as threatening their business model. It ignores the numerous submissions calling for campaign finance reform and misses the opportunity to promote more rigour in claims made in political advertising”.

In years gone by, we might have winced at this stupid partisan document and expected it to fade away by virtue of its pathetic transparently self-serving nature. But as we have seen in this pandemic year, a government with no shame, backed by the full resources of the Murdoch propaganda organisation, sets no lower limit on its behaviour.

I won’t be surprised if they really try this on.

If only George Orwell could see us now