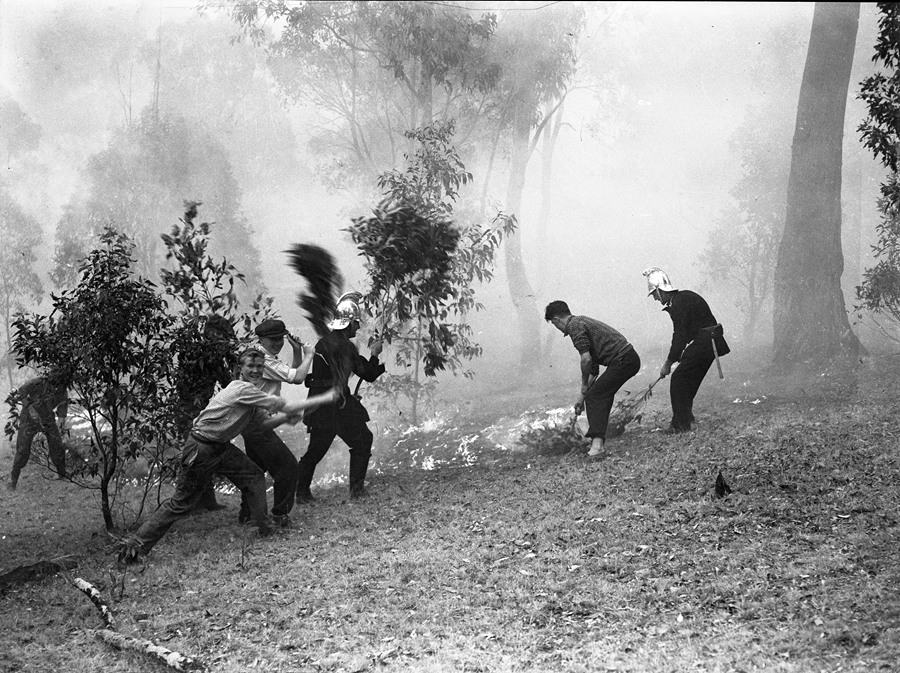 As a fireman, Ken Magor had a strong interest in fires. As an acquaintance of various Newcastle press photographers, he also had access to fire photographs for his extensive collection. Here is a gallery of some images, scanned from negatives in our Ken Magor collection.

Fire destroyed the printing plant of Davies and Cannington in King Street, Newcastle, on December 23, 1967.

June Wilson, 8, escaped from a fire that destroyed her home in Maitland Road, Islington, on July 13, 1946. (left) A firemen was seriously burned and two women were also injured in the fire. A third woman helped young June escape through a window. The photo at right shows another fire at 32 Dent Street, Islington, destroyed by fire on the night of July 31, 1935. The house was owned by a Mr John Pulman. Neighbours carried their own furniture onto the footpath in case the fire spread, but firefighters managed to contain the blaze.

On May 1, 1966, a paint store on the corner of Hanbury Street, York Street and Railway Terrace, Mayfield, caught fire. The building – formerly the 1921-vintage Premier Picture Palace – burned fiercely and firefighters recruited bystanders to help break windows to get access. Photos by Ron Morrison.

In search of Bevis Platt