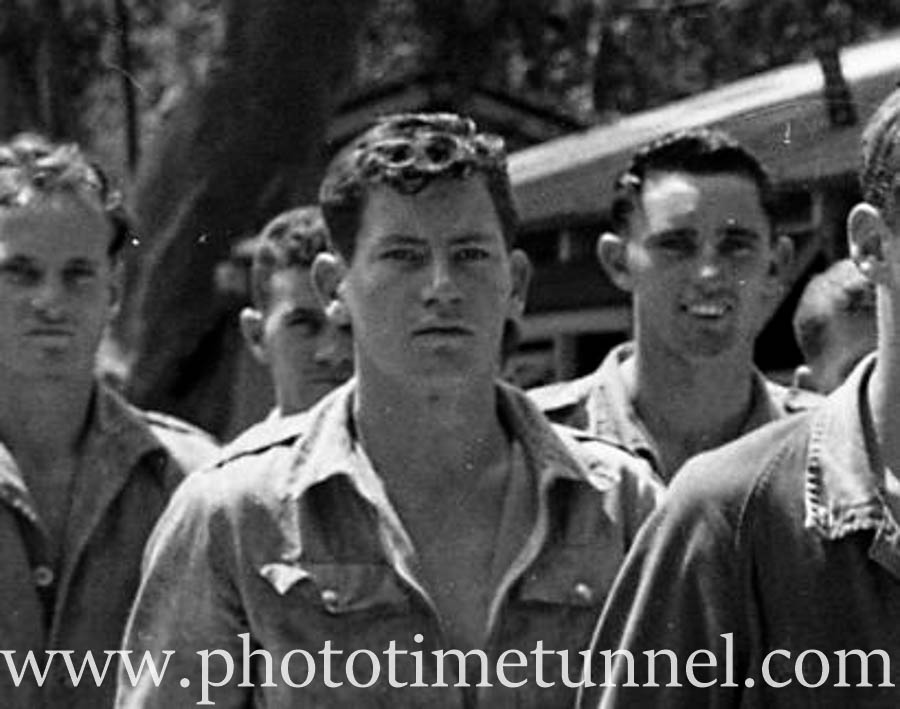 My father on exercise with RAEME at Gan Gan, Port Stephens, in 1960.

WHEN my Dad got called up for National Service he ended up in a section with two other blokes named Geoff. The sergeant didn’t like that. It was inconvenient having men with the same names. So one Geoff got to keep his name and other two were renamed on the spot by the sergeant. My Dad’s name became “Sam” or “Sammy”. Funny how the name stuck. Years later when I met blokes who been in the Royal Australian Electrical and Mechanical Engineers (RAEME) with Dad they honestly believed his name was Sam.

Dad was in RAEME because he was doing a fitting and turning apprenticeship at Stewarts and Lloyds and it seemed a good way to go. His memories of Nasho were mostly good, although there was a lot of skylarking that might not have been too pleasant for the victims. Things like fellows being carried, whilst asleep on their bunks, out into the parade ground in the middle of the night and being left there. Dad had a narrow escape when they were doing jungle training in North Queensland and his appendix burst. That involved a hurried trip to Townsville and he came out of it OK.

For years Dad loved to tell me about the time they had a training camp at Gan Gan, with red army versus blue army or whatever, and his mob of mechanics got in trouble because they waved at the planes that “strafed” them and were captured on film doing it. They were told off severely in the debrief. Anyway, in the Newcastle Herald library one day I saw a box of negatives labelled “Gan Gan 1960” and wondered if by some fluke I might find a pic of my Dad in there. I borrowed the negs, scanned them and voila! There he was! My Dad was amazed. He didn’t remember a photographer even being there.

Main points from the election result