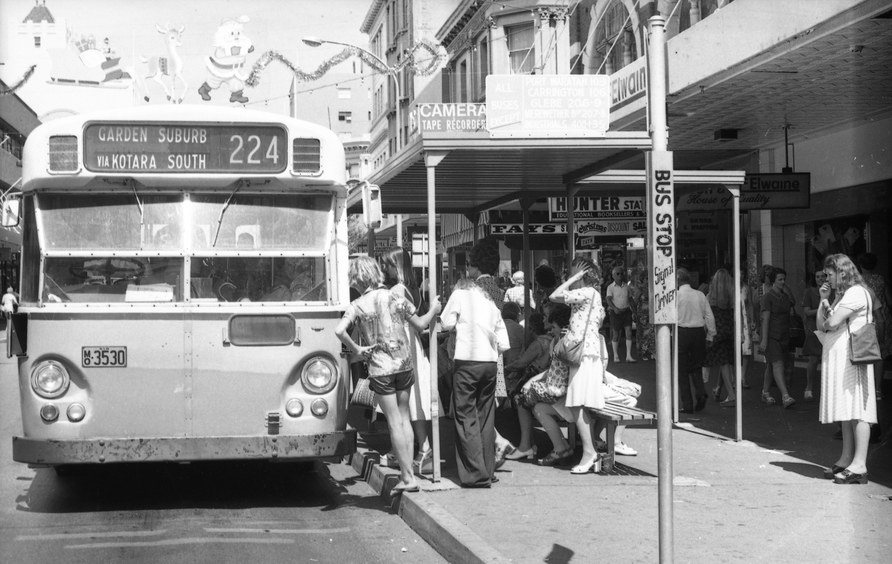 A trip to “Town” in the 1960s and 1970s was a big deal. Town was where everything happened and where all the important shops were. If it was a week day and my Dad was at work, Mum and I would walk to the bus stop and ride in, usually getting off down near The Store. We might walk up the street and go to the movies, if I was lucky, and if I was very lucky indeed we would go to one of the department store cafeterias – maybe Winns – where I would get my favourite salmon sandwich and chocolate milkshake. A walk along Hunter Street was a tiring business for a small boy, and by the time we got to Ell’s bookshop I’d be whining and wanting to go home.
If it was a Saturday morning and Mum and Dad had their eye on a big purchase like a record player, a cocktail bar, a freezer or a cassette recorder, we would take the car. Nock and Kirby’s had a car-park on their roof that you entered from Hunter Street, via a ramp. We’d do the rounds of the stores: Sydney Wide, Waltons, Hustlers and probably others I’ve forgotten, and I’d be bored while Mum and Dad debated the finer points of the purchase. Things were costly and buying on credit was not routine.

Walking along Hunter Street on a Saturday morning was hectic. You were pushing against a river of people on the crowded footpath while big smelly buses were constantly pulling in and out from the kerb. Discarded bus tickets littered the footpath. Walking past pubs I’d be struck by the powerful smell of beer wafting out, and often there would be a drunk or two lounging around outside, making me wonder what on earth went on in those places.
If I needed clothes it was often Elliots we’d visit, and I marvelled at the woodwork of the shop fittings, and in those shops with pneumatic tubes to distribute paperwork and cash I gaped in disbelief as the capsules containing the messages were popped into the sucking tubes and vanished with a weird noise. At Ell’s I looked at all the wonderful books and toys and then maybe we would go to Coles Cafeteria, grab a tray and have some chips and gravy.
When my brother and I were old enough to go to town by ourselves on the bus we gravitated to some favourite shops. I loved Mann’s Bookshop (now Rice’s) and also Beath’s Bird Shop, where stamps and coins mixed with noisy budgies and canaries in a poky upstairs store. And Woodey’s, the army surplus wonderland where tin helmets, bayonets, ammunition boxes and other mysterious items mingled with alluring camping gear of all kinds.
Hunter Street! What an adventure it was! 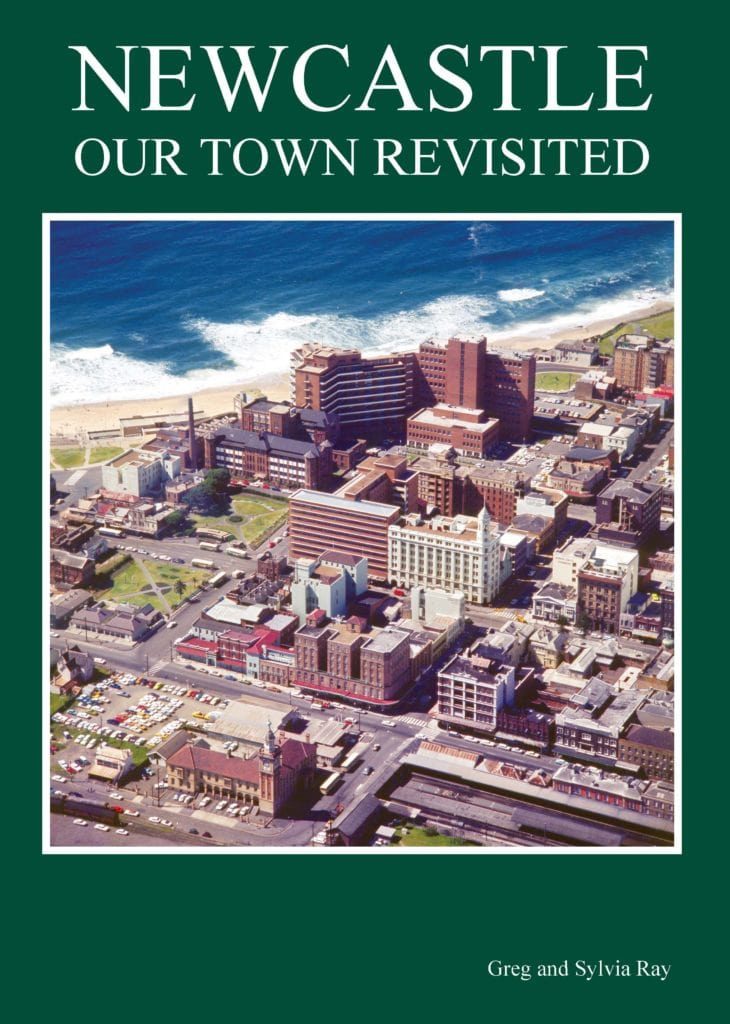 Newcastle: Our Town Revisited, by Greg and Sylvia Ray

Hot chips by the beach, Romper Room on Channel 3, a job at the steelworks and live music at the Star Hotel.

Newcastle: Our Town Revisited is a collection of colour images of Newcastle and surrounding areas. The photos range in date from the 1950s to the 1990s, with most from the 1970s. Many of the photos come from the archive of veteran Novocastrian photographer Ron Morrison. To mark the 30th anniversary of the 1989 Newcastle earthquake, the book contains a selection of quake-related photographs.

Manhunt: the Simmonds escape and arrest, 1959