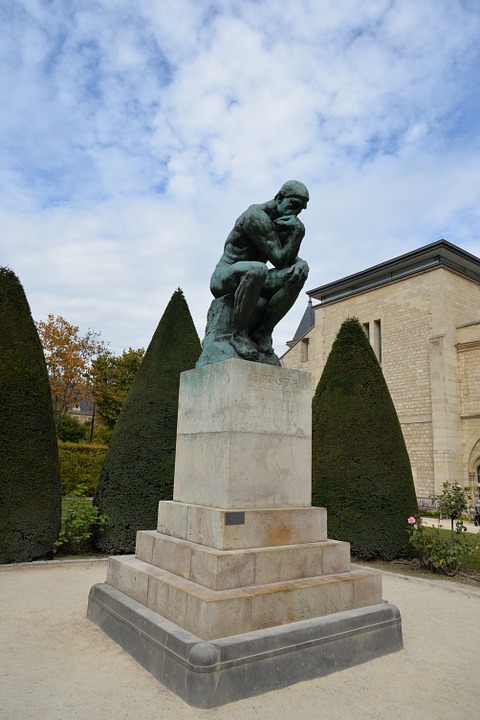 I was at work at the newspaper doing what journalists do – minding everybody else’s business – when this question came up:

If you think somebody thinks a thing and you think the thing they are thinking is wrong, do you think you should say something?

More particularly, if you did think of saying something about the thing you think they are thinking, which of the following things do you think you would choose?

A: “If you think that, then you have another think coming?” or

B: “If you think that, then you have another thing coming?”

This was not something I’d ever had to think about. Mainly because I always thought I knew the answer. To me, it had always been “think”, not “thing”, and I think I always thought that everybody else thought the same thing. So when I wrote something that I thought should use the expression “another think coming”, I didn’t think twice, I just put “think” in the thing.

But then my editor caused me to rethink the whole thing when he said something like: “I think this thing you’ve written should have ‘thing’ instead of ‘think’”. I think I thought he was kidding me or something.

No way did I want to argue, but the more I thought about it the more I wanted to know which was the right thing to think. Frankly, I don’t think the expression means anything if you take away the “think” and replace it with any old “thing”.

I think the thought behind the thing, when it was first thought of, was to convey the thought that the thing a thinker thought was right was really wrong. And that when things became clearer they would think about things in a different light. In other words, they had another “think” coming. Bad grammar, but a nice idea, I tend to think.

My editor, on the other hand, thought the thinking behind the thing mainly consisted of the thought that there was another “thing” on the way, and that this “thing” would change the thinker’s thoughts. “Another thing coming” is better grammar, but I don’t think it conveys quite the same thing.

Anyway, I typed “another think coming” into the Google internet search engine and it came back with dozens of things that people had thought about everything relating to “think” and “thing”.

It turned out that there were huge numbers of people who, probably without having ever thought about it, thought that “thing” was the thing to think. I think there was a smaller group of possibly more thoughtful thinkers who were prepared to stake everything on “think”.

I thought it seemed a sure thing when I read an excerpt from Mark Israel’s Phrase Origins, which dated the “think” version to the 1930s and identified it as a piece of deliberately ungrammatical humour. This certainly supported my own thoughts on the whole thing-think thing. I don’t think either my editor or I knew, right then, what to think.

One thing led to another and we had a bit of think-tank. Other journalists at the newspaper put on their thinking caps. Some, probably a majority, thought all right-thinking people would think it was meant to be “thing”.

But there was a small group who seemed to think, with me, that “think” was the only thing anybody could possibly think.

The thing that fascinated me most, I think, was the thought that such totally different ways of thinking could have existed side by side for so long with neither side even being aware that others were thinking totally different thoughts about the thing.

So now you know the sorts of things that journalists think about.

Next time it’ll be somethink else.

Charlie and the detective: a vintage Australian true crime epic