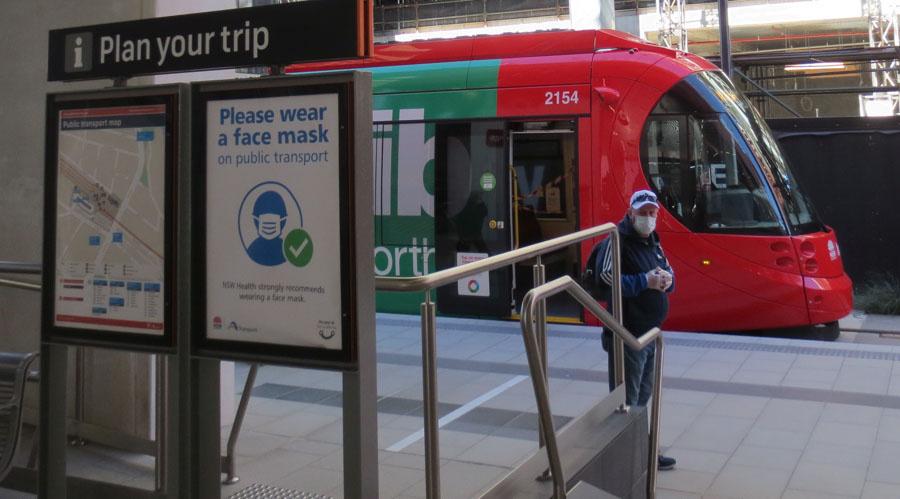 Well before the Covid-19 pandemic, my wife’s stepmother was in a hospital where influenza had taken hold. Elderly patients were quarantined in separate wards in the hope of keeping them away from the virus. Of those who were infected, some became gravely ill. We were allowed to visit: Sylvia’s stepmother was in hospital for an orthopaedic procedure and didn’t have the flu. She was in a four-bed ward with other elderly folk and when we visited we were asked to wear disposable gowns, foot coverings and masks. It was standard procedure, we were told. when dealing with a highly contagious respiratory virus.

So, when Covid-19 turned up in early 2020 we were mystified by the advice from the World Health Organisation and others that masks were not advisable. Not only that, it was argued quite forcibly that masks were in fact dangerous because they encouraged people to touch their faces a lot, and possibly might become reservoirs for viral material if not properly used. Even the Australian Broadcasting Corporation’s Dr Norman Swan was pooh-poohing masks, and those of us who were arguing in favour of face coverings were made to feel like fools and dangerous cranks.

Fast forward to August 2020 and it is now accepted wisdom – again – that masks are helpful in the fight to contain the spread of this dangerous respiratory virus. The World Health Organisation has backflipped, proclaiming that “new research” has persuaded it at last to recommend the wearing of face masks. Many governments are recommending masks, or even requiring them. Many shops and businesses are demanding their staff and customers wear masks.

I’m pleased at the change in policy, but disappointed that it took so long for authorities to endorse such a self-evidently helpful measure. The delay, I am afraid, has been very costly. The cost in lives will never be measured. We will never know how many deaths might have been avoided if authorities had endorsed the use of home-made masks from the very start of the pandemic. I understand their probable desire at the time to stop people rushing out and buying all the stocks of high-quality hospital-grade masks, leaving health-workers with even less access to protection than they already had. But that could have been managed in a variety of ways, and I believe the outright assertion that masks would make things worse was inexcusable, even if the motive was to indirectly benefit health workers.

The other huge problem is the creation of a mad segment of the population who now insist that mask-wearing is an infringement of their personal liberties. I suspect this phenomenon would never have been so pronounced if the right advice about masks had been given from the start.

Of course knowledge evolves, and of course we know more about Covid-19 now than we did at the start of the year. It seems clear now that the concern about the virus spreading from surface contact was overplayed, and that the role of airborne particles in the spread was underplayed. In retrospect, it now seems to me that Covid-19 is spread in very much the same way as influenza: mostly airborne. Witness the cases where choirs have caught the virus en masse. Close proximity, plus limited ventilation, plus vigorous respiration equals a highly infectious situation.

Hence the value of well-made and well-used masks. At the beginning of the year the anti-mask people said that the fact that the viruses were so much smaller than the mesh in the finest fabrics meant masks would be useless. This ignored the obvious point that viruses don’t leave the lungs of infected people on their own. They leave attached to particles of moisture, and these are not likely to be extremely fine. A mask on the infected person will stop some of the virus-laden moisture particles leaving, and masks on other people nearby will stop some of the virus-laden moisture particles entering.

And since viral load appears to have a big effect on whether somebody gets sick, and on the level of severity of their infection if they do become ill, cutting down the level of particle inhalation has got to be a step in the right direction.

Everything we have always known about contagious airborne viruses pointed to masks being an important public health measure in the face of this pandemic. The fact that masks were written off by authorities, and even demonised as dangerous, was a scandalous piece of negligence that I believe has done tremendous harm.

Click here for information about making masks at home.

Why I keep a dream diary