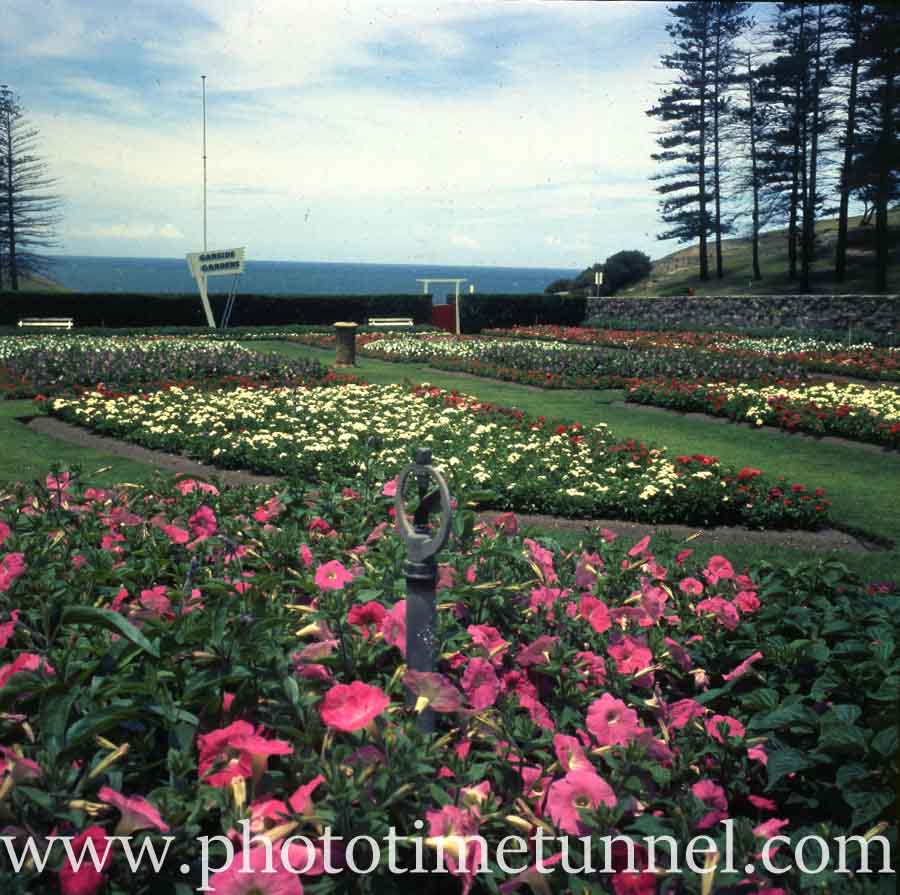 Meet the man the famous gardens at Newcastle’s King Edward Park are named after.
Bob Garside was a superintendent of parks and gardens for Newcastle City Council. At one time he had a staff of 115, and personally oversaw a superb plant nursery and horticultural library. At a certain point, an elderly gardener asked Bob if he could use a stack of old sandstone blocks, gathered from kerbs and elsewhere around the old town, to replace the picket fence around the flower gardens at King Edward Park. The result can be seen, and when Bob retired in 1974 the gardens were named in his honour. In fact, his ashes are buried under the sundial, but vandals kept stealing his memorial plaque, so it is now kept by a relative. Bob’s son Richard and daughter-in-law Zilma told me that Bob was also involved in the removal of gravestones from Christ Church Cathedral Park – a job he did not approve of, but simply followed orders.