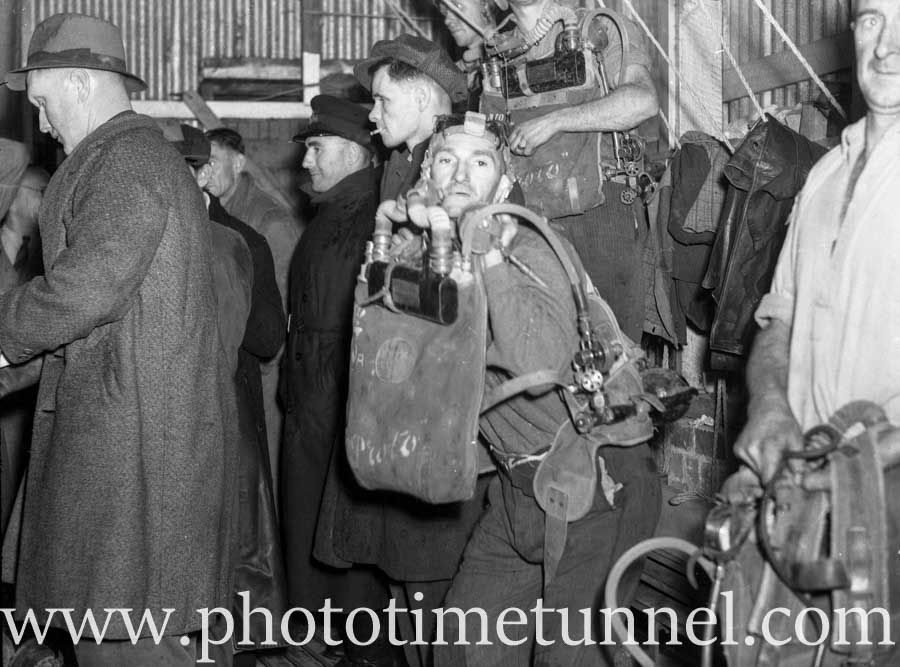 Miners with breathing apparatus working on the re-opening of Aberdare Central colliery on July 1, 1944.

When Aberdare Central colliery caught fire in July 1942, in the darkest days of Australia’s wartime struggle, 550 miners instantly lost their jobs and the nation was deprived of about 1800 tonnes a day of vital coal. Experts were sure the mine, near Kitchener in the Hunter Valley of NSW, was finished, but mine manager Fred Hemmingway disagreed, asserting that he could beat the fire and get the mine re-opened. A highly experienced miner in his own right, Mr Hemmingway rejected repeated negative reports and eventually got permission to make his attempt. It was a bold effort, extremely dangerous, and ended up taking years. But the attempt succeeded, thanks in large part to a team of men from the South Maitland Mines Rescue Station at Abermain and their “Proto” breathing apparatus that allowed them to work short shifts in the smoke-filled mine.

The men had to seal the mine in several places to stop oxygen reaching the underground fire, but also had to enter the mine to clear dangerous debris. The job started in August 1944 and was finally crowned with success in 1947 when the mine was re-opened.

As told in our book, The Way We Worked.