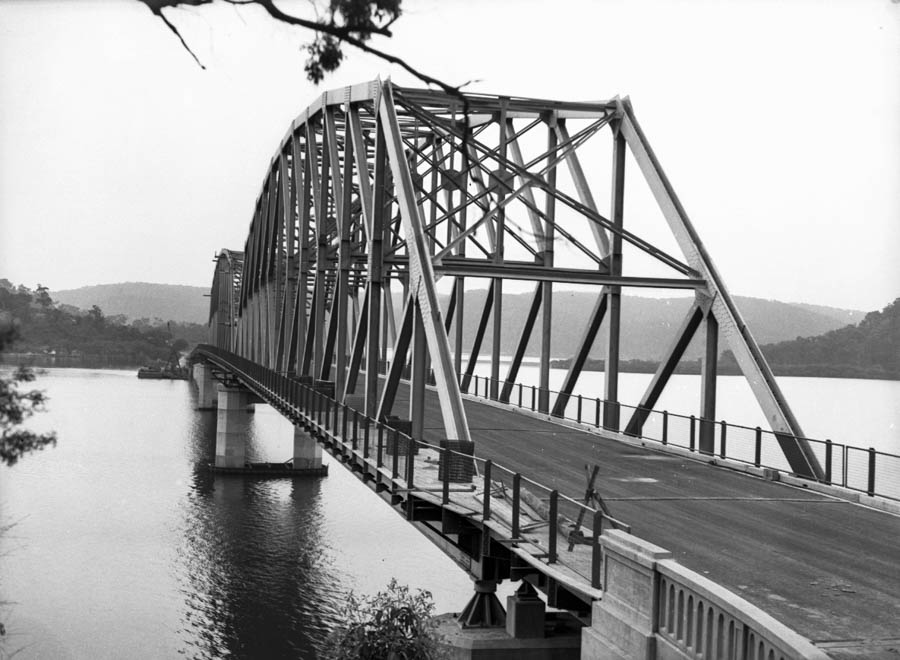 In the early days of European settlement in the colony of New South Wales, the only way to travel from Sydney to the “Coal River” – later to be Newcastle – was by sea. And that was fine by the colonial government, since the northern settlement was chiefly valued as a remote prison camp for the worst of the colony’s convicts. Escaping overland from the Coal River was at first dangerous and often fatal.

Newcastle was a punishment camp for the worst prisoners

Over the years some convicts did manage to find their way back to Sydney via Windsor, and the continued incursion of white settlers into formerly Aboriginal land resulted in the reduction of the black population and the removal of one of the main obstacles to prisoner escape. At the same time, it became apparent that there was some potentially fine farming land in the valley of the Hunter River. Pressure from colonists to be given access to this source of potential wealth led Governor Macquarie to declare in March 1819:

Extensive rich and fertile lands being found at no great distance along the three principal sources of the Hunter River whose embouchure is at Newcastle, . . . these plains now become an object of valuable consideration in the necessary increase of the population, and hold out important advantages for the establishment of free settlers up on them. An inducement of another kind to such settlement arises out of the consideration that Newcastle now ceases to be of that material benefit, which it was formerly to the principal settlement at Port Jackson, as a receptacle for our worst characters, in consequence of the interior having been explored, and the passage thence to Windsor on the Hawkesbury River having become familiar to several of those persons who have been transported thither, and who now find little difficulty in deserting from thence and returning to this place.

Demand for farmland led to shifting the prison-camp

Macquarie decided it would be a good idea – now that convicts could more easily escape from Newcastle and especially now that would-be land speculators were keen on the Hunter Valley – to shift the prisoners to a new prison town further up the coast: Port Macquarie.

The first land route to the Hunter region was “Howe’s Track” between Windsor and Jerry’s Plains. The track was named after John Howe, who traversed the route in 1819. This was a very rugged trail, however, not suitable for any kind of wheeled vehicles.

The route north was gradually refined and improved and in 1830 a trip from Sydney to Newcastle meant travelling through Parramatta, Castle Hill, Wiseman’s Ferry, Ten Mile Hollow and Wollombi before taking the Great North Road to Singleton. From there travellers could pass to Newcastle (assuming they wanted to visit that neglected place) via thriving Maitland, the “capital” of the Hunter’s extraordinarily productive agricultural districts.

Looking for a river-crossing short-cut

In about 1836 shipbuilder George Peat got land grants either side of the Hawkesbury River at Kangaroo Point and Mooney Point, using a two-masted lugger he built himself to shift his cattle across the river when required. Peat’s boat become a popular short cut to Sydney for people who lived at Wollombi and surrounding districts. In 1844 the lugger became a ferry, and the Government followed the traffic, improving the road over time – although the northern route through Wisemans was still the best-constructed route.

The advent of the railway bridge over the Hawkesbury put an end to Peat’s Ferry and to much road traffic between Sydney and the Hunter, and this did not begin to reappear until the advent of motor vehicles in the early years of the 20th Century. By then many things had changed. Newcastle was becoming a more important centre of population and industry than Maitland – though the latter still revelled in its origins as a “free” town as opposed to the former prison camp and garrison town of Newcastle.

By 1932 when the Sydney Harbour Bridge was built, Newcastle boasted an impressive array of heavy industries including a government dockyard and the BHP steelworks, many more motor vehicles were using the roads of NSW and thoughts began to turn to improving the road link between the two cities.

Ultimately it was decided to dramatically upgrade the route via Gosford, which meant the reinstatement of an updated version of Peat’s Ferry and some extremely challenging engineering and navvy work north of the river. The Government proposed a high-level bridge, but couldn’t bring itself to spend the money necessary, so the cheaper vehicular ferry option was chosen. Two ferries were put on the job, the George Peat and the Frances Peat, each diesel-powered and big enough to carry 37 average-sized motor vehicles. These were delivered in 1930, and in their first year they carried about 500 vehicles across the river. (During World War 2 the two ferries were commandeered for war use in northern waters, and Newcastle’s reserve punt, the Mildred, was put to work at the Peats crossing.)

By 1937 it was decided that the high-level bridge must be built, and the Government accepted a design prepared by the state’s Main Roads Department. The Clyde Engineering Company was chosen as the contractor.

While the width of the river at the point to be bridged was 792m, an embankment of rock fill on the northern bank cut the width to 580m. The river depth varies dramatically from the north bank to the south. On the shallower northern side cheaper short spans supported on piles were possible, but as the water deepened towards the southern bank it became necessary to use longer spans, and in the deepest spot a caisson type pier had to be sunk. The plan was for the caisson to sit on a bed of sand 52m below low water level. The caisson – a reinforced concrete shell fitted with a steel cutting edge – was sunk by dredging the mud from inside, causing it to sink ever-deeper into the silt.

The deep caisson proved to be exceptionally troublesome. The sinking of the caisson began on November 7, 1939, and by April 1940 the shell had been built to 40m, pushing the cutting edge 15m below the river bed. Then, on April 11, the shell suddenly dropped out of sight below the water, baffling the engineers in charge. Eventually it was decided to make another caisson and sink it directly on top of the sunken one, joining the pieces together with reinforced concrete. It took until February 1941 to achieve this. Similar drops happened again in September 1941 and June 1942, and after the third “drop” it was found that the cutting edge was resting on large boulders that had to be blown apart with explosives. Eventually, this pier ended up sitting on sand 73m below the river bed, making it at the time the world’s second-deepest bridge foundation.

Other piers were created atop nests of huge concrete piles (up to 34m long and 50cm square) driven into 6m-deep excavations in the river bed. They were knocked down into the silt by an eight-ton hammer and long poles of ironbark timber. The piles were knocked in to leave 2m of each sticking out of the river bottom, and then a diving bell was lowered over them. The bell – deep under water – was filled with compressed air and fitted with airlocks so that workers could enter them and work on concreting the pier bases under dry conditions.

The spans were carefully floated into place, with the first going into position on the 8th and 9th of February, 1944. The two long spans, each with an end resting of the deep caisson pier, were 134m long and weighed 640 tonnes.

The job was seriously delayed by wartime labour shortages and by the unexpected difficulties encountered in the construction of the deep caisson pier.

The bridge was officially opened on May 5, 1945, a little over a year before the opening of the other great wartime Hawkesbury river bridge project – the second railway bridge over the river – which opened on July 1, 1946.

A number of descendants of original ferry builder George Peat attended the official opening. The Newcastle Morning Herald reported that the Minister for Transport, Mr O’Sullivan “cut the ribbon and the first car, carrying members of the official party, crossed the bridge with a police motorcycle escort, while the ferry steamer Mildred, with a full load of vehicles, blasted farewell on the whistle as it passed under the bridge on its last trip”.

The Mildred returned to Newcastle to take up its former role of relief ferry on the Newcastle to Stockton run.

An excellent video about the construction of the Peats Ferry Bridge can be found by clicking here.

Footnote: As the construction of the modern Sydney to Newcastle freeway (now known as the M1) proceeded during the 1960s, the bridge eventually became a choke-point and was replaced. The new bridge was again designed by the NSW Department of Main Roads and work by private contractors began in November 1969. The job took four years and the bridge opened in 1973. The northbound lanes opened on August 10, and the southbound on October 26. An excellent video about the construction of the new freeway bridge can be found by clicking here.