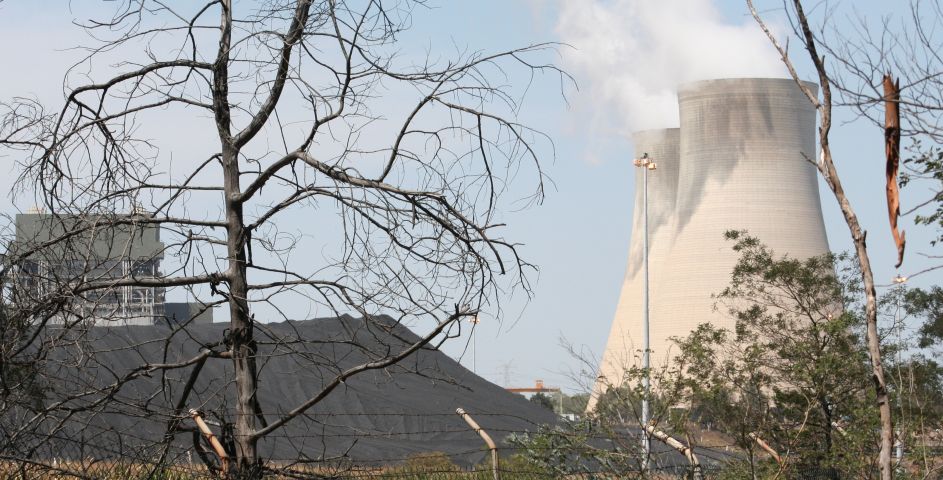 Victorian Premier Daniel Andrews is right about electricity generation and supply. The system built and maintained by the state with public money should never have been sold to private investors. And his conclusions hold true not just for Victoria but for NSW.

I well remember sitting in the office of the editor of The Newcastle Herald, during the inglorious tail end of a long string of Labor governments, listening to ALP heavyweight Michael Costa trying to sell the benefits of privatisation. He wanted positive coverage in the paper, and when reporter Ian Kirkwood pointed out some of the disastrous outcomes of private power supply in parts of the United States – where generating plant was deliberately put out of commission to keep prices and profits high – Costa scoffed. Could never happen in Australia, he claimed, without explaining why.

It struck me that all his government could see was the sugar-hit of dollars it could earn from the sale, and it was drooling over the prospect of spending those dollars on pork barrelling projects to get itself re-elected. Labor knew the wind was blowing in favour of neoliberal policies, pushed hard by the right-wing media, and it preferred to pocket the money rather than have it flow to a future Liberal government.

It also struck me that this was absolutely the wrong time to be selling power infrastructure. It was the time, instead, to be investing in research and development of cleaner, more efficient systems. Cleaner power stations that used less coal more efficiently. Peaking plants that could cut in when the system was close to overload. Systems to even out the lumps in production caused by renewables coming on-line and feeding in power at irregular intervals. None of this was work suited to profit-hungry clubs of investors.

But both the big parties were pig-headed on the subject, heedless of the public good and keen to get their hands on the sale proceeds from the generators, the distributors and even the publicly owned coalmines that supplied the publicly owned power stations with cheap feedstock. The sale of the mines was, in my view, especially stupid. The sale contract guaranteed continued cheap supply for a relatively short time, after which the price would rise to the world export level.

The result was, admittedly, to get rid of the liability to invest in costly redevelopment of infrastructure – becoming more complex as electricity technology evolved. It also got rid of lots of publicly funded paypackets for power station workers, retail power employees and coalminers. On the other side, it deprived the government of the ability to guide the industry into the new era of renewables and it cost the budget the regular surpluses that the various entities involved in power supply had provided. I well remember a CEO of one of the organisations that bought a big electricity retailer boasting that the low purchase price meant the operation was in the black from week 1. Amazing. Readers might recall that foreign investors were (and are) high on the shareholder registers, so the profits that once fed the state budget were now flowing offshore.

Now, as Dan Andrews has pointed out, private energy companies are sucking $23billion a year out of his state while power bills rise and the energy infrastructure is less reliable than ever. Privatisation was a mistake and although the rich investors that now own the system will fight tooth and nail, with their allies in the right-wing media, electricity supply should be de-privatised.

Privatisation yields other problems too.

Consider the ports of NSW, which were sold to private investors. Scandalously, the government of the day inserted a secret clause in the contracts that provided for the buyers of the port of Newcastle to compensate the buyers of the port of Sydney if container movements through Newcastle exceeded certain low limits. This banana-republic stunt was deliberately designed to maximise the sale price of capital city Sydney while suppressing the potential growth of regional port Newcastle. When rumours of the secret clause began to leak out, the government lied through its teeth, denying such an anti-competitive clause existed. Eventually the pathetic truth emerged.

Now, at last, Independent MP Greg Piper is tabling a bill to reverse this shameful scam. Suddenly both major parties are keen to contribute to the resolution of the problem. Mr Piper should tread with extreme care. Neither Labor nor Liberal are to be trusted. They will side with the money whenever they can, and put their own political considerations above the interests of the citizens of the state. Remember when laughable Labor ports minister Joe Tripodi secretly persuaded car importers – who wanted to build a terminal at Newcastle – to go instead to Port Kembla, where Labor needed to shore up votes? Whatever amendments they propose to Mr Piper’s bill will need to be carefully analysed because both parties have a track record of putting regional citizens last.

The state of the hospitals

Now that Mr Piper is on the case for regional NSW, perhaps he will go in to bat for the health system too. The current government has earned brownie points by funding the construction of several new facilities but it is staunchly refusing to provide the money needed to run them properly. This is the main reason for the crisis in the state’s hospitals currently endangering lives and infuriating health staff.

Many doctors at Newcastle’s John Hunter Hospital, recognising this scandalous fact, have recently moved vote of no-confidence in the regional health service management. Other doctors have slammed the move, saying it isn’t the fault of local management. Both sides are right. Local management is utterly impotent to do anything other than shuffle its inadequate pile of dollars. It is forbidden to argue publicly over the health service’s chronic and acute underfunding, on pain of termination. What that means is that local management is no ally at all to the hard-pressed staff or to the patients who are getting poorer and poorer treatment as the days pass.

If the doctors want results they need to go over the heads of local management. They need to go to Macquarie Street and they need to appeal directly to voters in their rambling Hunter Health constituency. Unfortunately, they will also have to accept that advocating for patients on the subject of funding may well lead to them being victimised. Trouble is, if they don’t do it, nobody will.

Time to wake up, Australia