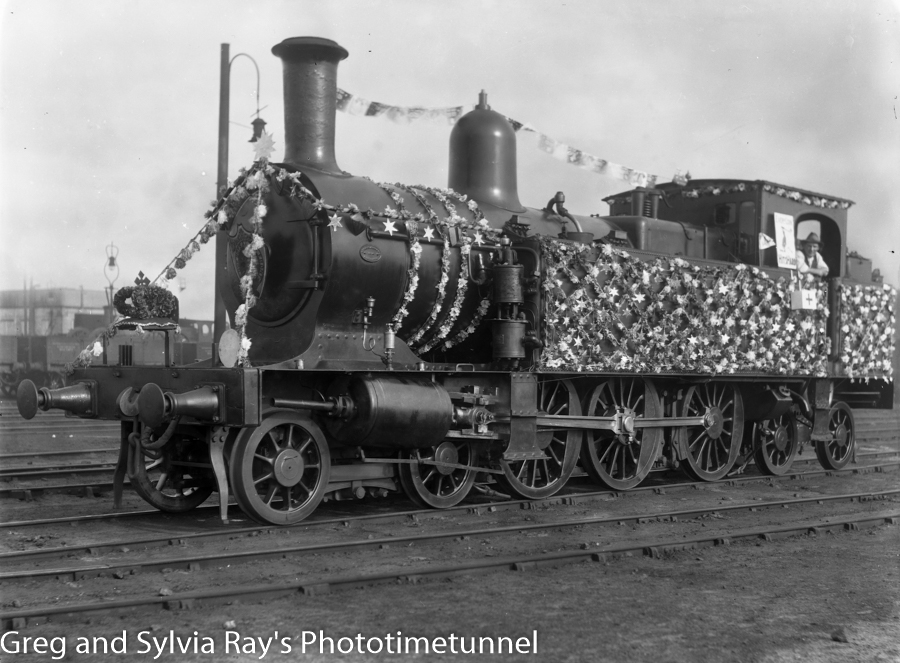 It’s satisfying when a fine old photo is reunited with its story. These beautiful glass plate negatives came to us in a collection a decade ago and, although it was clear they depicted a steam locomotive decorated for Great War fundraising, little else could be deduced.

Then John Tipper, of the Blue Mountains, chanced on one of the photos in the September 2, 1915 issue of a rail and tramways union newspaper, The Co-operator.

The caption reads: “The engine depicted (No.250, S-class) proved to be a distraction along the Newcastle Suburban line on Australia Day. Fireman W. Brimmell and Mrs Brimmell were responsible for the decorations. The smoke-box end of the engine was decorated with a large crown in coloured paper, and on the back of the bunker was placed a Union Jack . . . and along the sides was a profusion of coloured flowers. A collection box was placed on the engine and the sum of five pounds was realised for the wounded soldiers. The photo is by fireman W. Young, and was sent for reproduction by Mr T. Godfrey, branch secretary.”

It should be noted that “Australia Day” was marked in 1915 on July 30, and was specifically established to raise funds for the war effort.

Barrington and Gloucester Tops in 1925