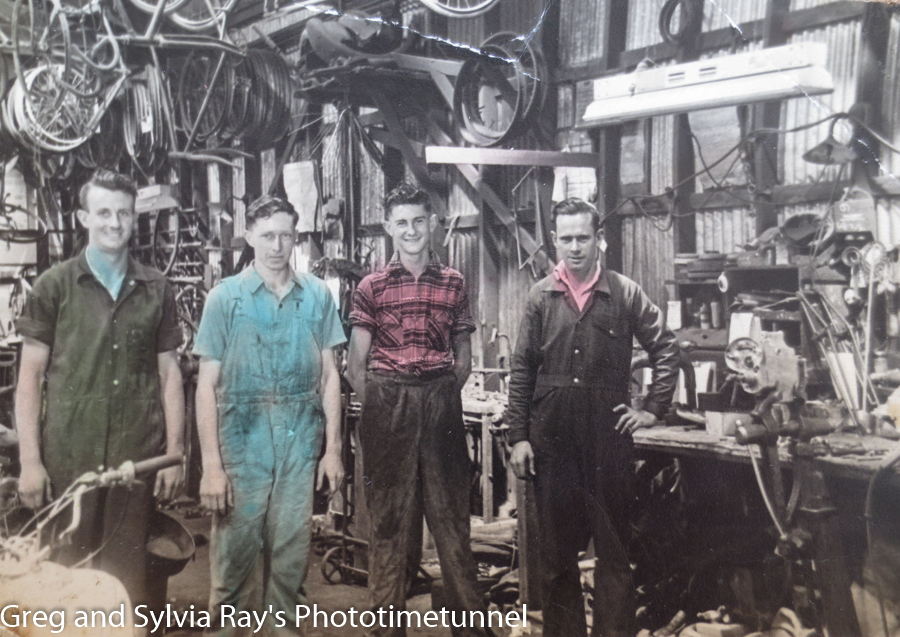 Before he passed away, Des Butler, of Belmont North, showed me the spectacular model trains he made from scratch, and his prized old motorbike. He loved a chat, and his stories interested me, describing as they did another Hunter Valley in another time, so different from today.

Des told me how he used to travel all over the Hunter to race against the region’s best sports cyclists, and often raced from Muswellbrook to Maitland, just for fun.

‘‘The best time I ever made from Singleton to Maitland was 59 minutes, with a westerly behind me,’’ he said. That was the time he ran into the footpath at a place called ‘‘O’Brien’s Markets’’ near the Belmore Bridge in Maitland. He crashed onto his side with his feet still strapped on the pedals, and lay there, motionless. ‘‘People thought I was dead at first,’’ he said. ‘‘But I was just flat fatigued. Some bloke helped me up and gave me a drink to revive me.’’

It might also have been the time he hit 80 miles an hour down Harpers Hill. That’s about 128 km/h, if you can believe it.

One of his tricks for riding faster, in the days before space-age alloys, was to visit a bloke called Och Hadley, a gunsmith up the valley, who used to drill out the axles of Des’s bike and case harden them. Shedding that little bit of weight made a difference, apparently.

His racing didn’t bring a lot of success. Des recalled winning just one race, against more fancied riders, and thanks the ‘‘old bloke’’ who pushed him off at the start and told him to ‘‘go for the doctor’’.

‘‘When I was 18, I used to race on the saucer track at Muswellbrook,’’ he told me, admitting to showing off to girls who came to watch, but who also sometimes brought riders unstuck by grabbing them if they came too close.

Des lived at Paterson, and when he came to Newcastle to race at Townson Oval, he’d have to take his bike on the tram to meet the train to travel to Maitland before strapping on a torch to ride home from there. Once, while riding home to Paterson, he got caught between two buses travelling in opposite directions, taking the skin off his knuckles before crashing into a house owned by a man named ‘‘Smithy’’. When the home owner came out to see what the crash was, Des told him he was sorry, but he just couldn’t take the corner.

Not surprisingly for a young man in love with bicycles, Des first worked at cycle shops, notably Cameron’s in High Street Maitland and Taylor’s in Hunter Street, Newcastle. Among his many tasks at Cameron’s was helping to maintain the fleet of police bikes. Another was painting the enamel lines and stripes on bike frames with a dagger-point brush in his famous steady hand.

Des inherited a passion for steam trains from his engine-driver father, who used to take Des for rides on the 36-class steam locos that once ran on the Hunter’s rails. Sometimes he’d catch a lift home from school at East Maitland on a P-class engine, sitting among the lumps of coal with his schoolbag.

When he was older he would finish work and ride a night train to Sydney and return, just for the joy of feeling the roaring monsters, seeing them belch fire into the chilly night and breathing in the pungent smells of the retreating age of steam. In more recent years he watched his grandson, Scott Benson, a fireman on the restored 3801, when the big machine flashed past Cockle Creek station.

Des produced a tiny brass scale model of every one of the 30 locomotives that comprised the famous 38-class in NSW.  When I expressed my admiration for the lovely little engines, Des wouldn’t rest until he’d made me one – a tiny replica of his favourite 3827. He apologised profusely to me, saying it wasn’t half as good as the ones he made when his hands were steady and his eyesight was sharp. And he complained that good parts were hard to get these days too.

But I treasure the little loco, and whenever I look at it on my shelf it reminds of Des, his wife Alice, and the innocent enthusiasm and stories

The Rose Stereograph Company: a snapshot