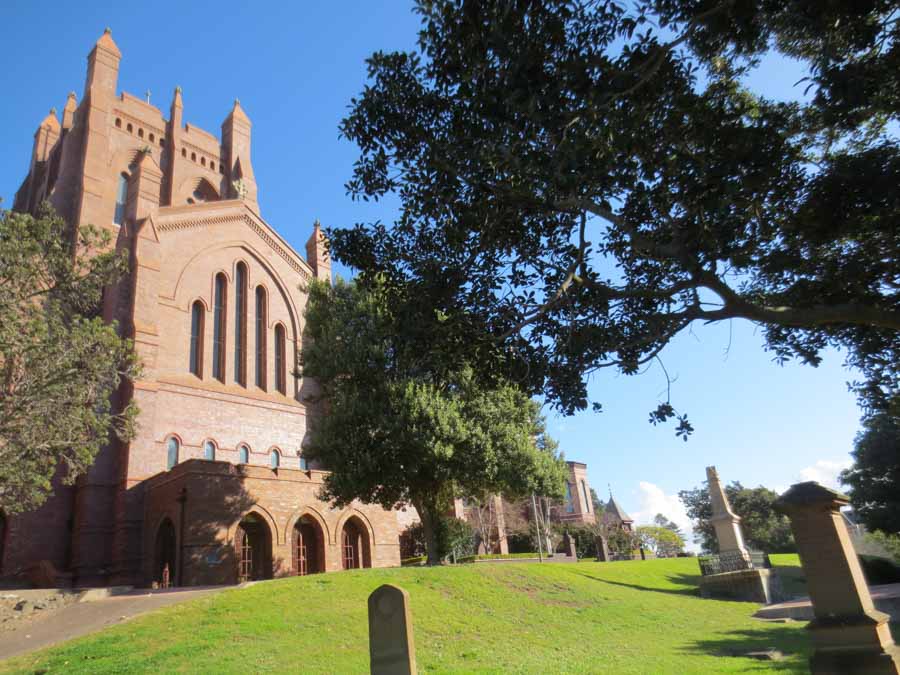 About 40 gravestones now in storage at Newcastle City Council’s works depot are expected to be restored and replaced in their original positions at the city’s Christ Church Anglican Cathedral. Council project manager Tony Ayling told me the work was scheduled for the 2021-2022 financial year, provided funding was available.

The historic cemetery, originally proclaimed in 1817, received more than 3300 burials by the time it closed in 1884. Sadly, despite its great historical significance, the burial ground suffered badly after it was transferred to the ownership of the council in 1972. Many stones were shifted and some were taken to Blackbutt Reserve at New Lambton and used in landscaping and pathways.

Part of the graveyard was paved over to create a carpark for the Newcastle Club, which adjoins the cemetery’s eastern edge.

Now the council is working to undo the damage, and extensive work has been done to create pathways and viewing areas. Mr Ayling said it was hoped that the next stage of funding would permit the creation of a memorial for the victims of the 1866 sinking of the paddlesteamer Cawarra, many of whom were placed in a mass grave at the time of the disaster. A monument to the infants buried in the cemetery will also be created, and the remains of the demolished Mulimbah House will become a space to celebrate the indigenous history of the area. Another memorial will be placed on the King Street boundary of the cemetery, in an existing indentation in the stone walls below the Cathedral Park.

About 20 headstones have been restored to their original positions and Mr Ayling said sketchmaps taken at the time of the stones’ removal would be used to ensure the remaining 40 or so were correctly positioned.

Imperial hubris and the fall of Singapore