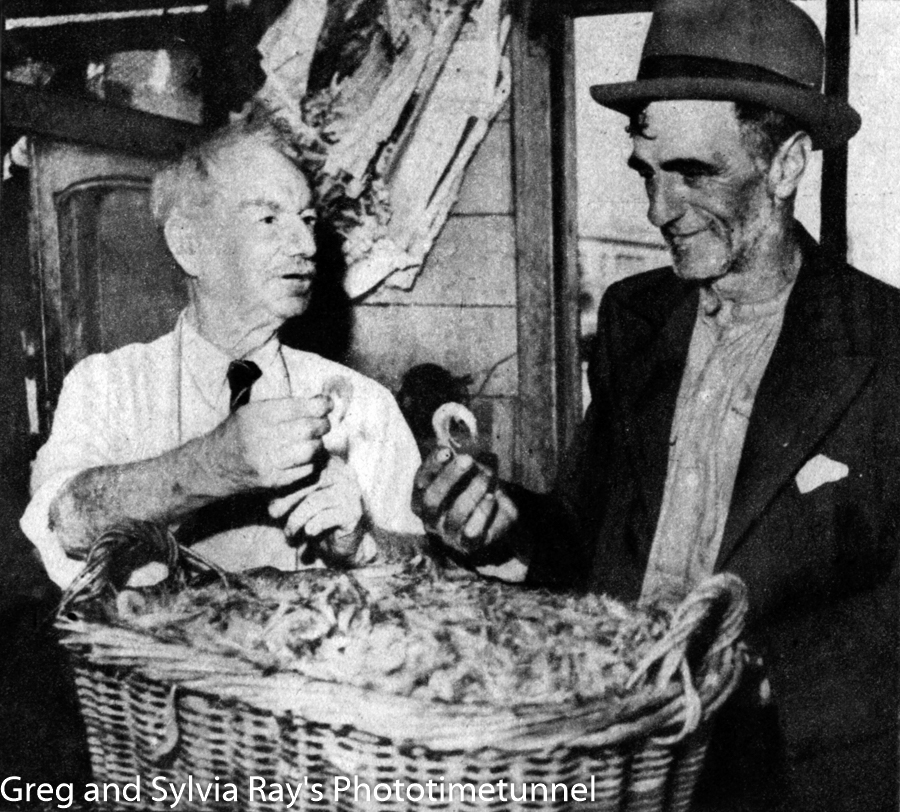 Quite a number of years ago my elderly next-door neighbour asked me what I knew about a man named Hartley Spurr. I told him I had never heard the name, and he asked me to help him find out. All he knew, he told me, was that the name “Hartley Spurr” had made its way into a saying among some of his acquaintances.

“If you wanted some obscure tool or object, somebody would pipe up and say: ‘Hartley Spurr had one of those’,” my neighbour said. I assured him I would try to find out, and promptly forgot all about it until one day, in Canberra, I was looking at some old magazines in a flea market and chanced on an article in a 1943 Pix about a great Newcastle’s character named – you guessed it – Hartley Spurr. It seemed from the article that Hartley Spurr was a very real person, a famous dealer in fish and fishing lore, who ran a bait shop on the Newcastle waterfront for decades.

Born in 1860 in England, he married wife Rachel in 1880 and emigrated to Australia in 1884 with daughters Ada and Alice. The family settled in Newcastle, spending most of their years in Kemp Street, Hamilton South, where as recently as a few years ago some residents still remembered the family.

Hartley and Rachel had at least nine children and adopted at least one more. They lost one son, 24-year-old son Arthur, at Shrapnel Valley, Gallipoli, in 1915. Arthur’s name appears on the plaque below the soldier memorial outside the old Newcastle Post Office in Hunter Street. From at least the 1920s Hartley Spurr hawked fish around the streets of Newcastle before opening his famous bait shop on the harbourfront. He sold tonnes of bait locally and on the Sydney market and even exported some to New Caledonia.

Hartley’s Spurr’s knowledge of fish, bait and tides was immense and legendary and his advice was keenly sought by anglers and professionals alike.

Those who remember Hartley Spurr recall a small but immensely strong man, weatherbeaten and tanned, with a nicotine-stained moustache. The following unflattering children’s playground song about Hartley Spurr was passed to me by the wife of a former Cooks Hill Surf Club junior. The song was sung, apparently, to the tune of “That’s Peggy O’Neil”.

Old Hartley Spurr was a fishmonger,

He would sell you a mullet or two,

They would get up and start talking to you.

His dirty maulers were covered in crawlers,

He would sell you a fish or a gar,

You could smell from near or afar

His bleary eyes were covered with flies

To be fair to the memory of a Novocastrian institution, those who really knew the man say he was a true gentleman, well-scrubbed, clean and a good churchgoer.

An old Novocastrian, Doug Bowman, told me he used to frequent Hartley Spurr’s shop, which was perched on the edge of the little boat harbour, across the railway line opposite Perkins Street. “He was already an old man when I met him,” Doug said. “He used to give me fish hooks and we’d all fish on the harbour’s edge when we got the chance. I’ll never forget his dirty old apron and gumboots, and the smell of prawns in his shop, that never seemed to close,” Doug recalled.

Mr Colin Spitzkowsky’s family were neighbours to the Spurrs, and attended the same church (Maitland Road Methodist). He recalled Hartley Spurr as having “a large white drooping moustache that was stained with tobacco, and an appetite for strong cheese.”

Information about Hartley Spurr can be found in our book Changing Places:

The amazing photograph of the Hinton Wharf collapse