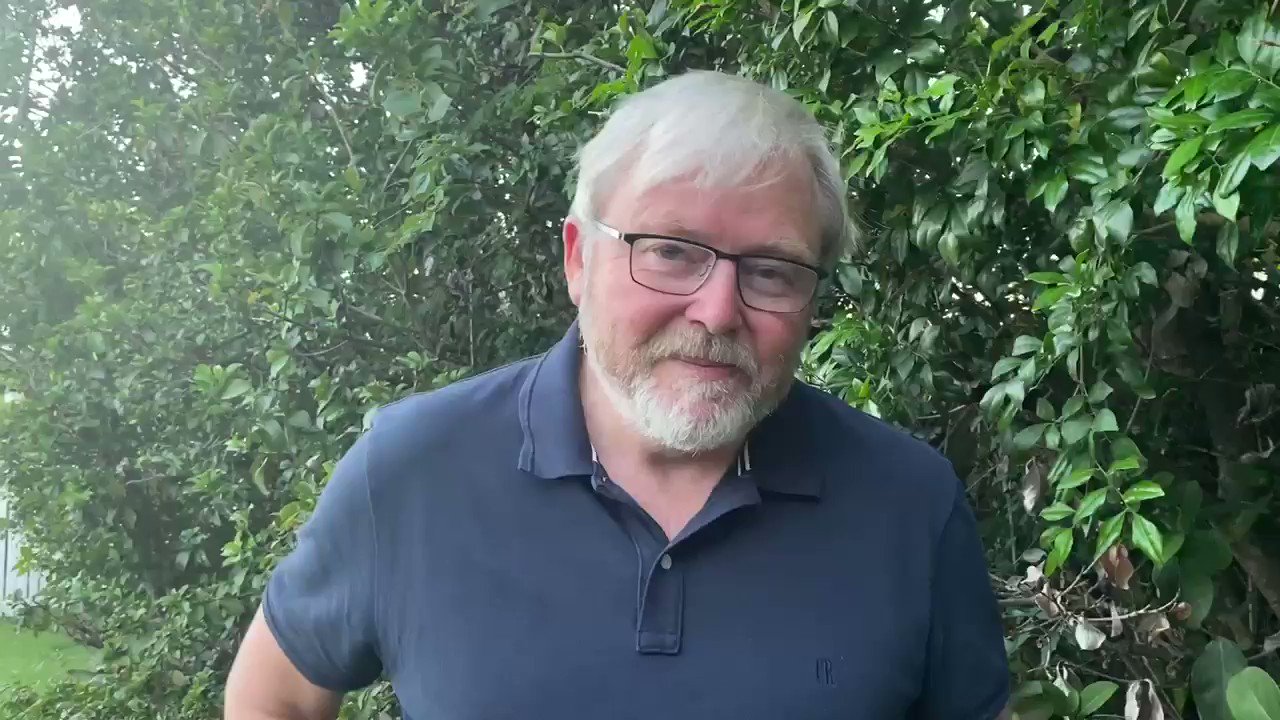 I quite liked him as actual PM, and was sorry when he was smashed out of office by a coalition of big mining companies and the powerful trade unions that didn’t like his plan to make Labor a more broad-based party (my opinion, that). I was always dubious about those alleged internal ALP polls that claimed his popularity had plummeted and which formed the basis of the coup that replaced him with Julia Gillard. As journalist Alan Ramsay wrote back then, Labor destroyed two prime ministers in one go with that piece of stupidity.

And I felt sorry for Rudd as I watched Rupert Murdoch’s propaganda machine going after him over “utegate” (a supporter loaned him a ute during an election campaign) and the pink batts affair (he took Treasury advice when the GFC hit and funded home insulation on a huge scale, but some installers did a bad job putting in foil insulation and got electrocuted). Consider the transgressions that Murdoch hounded Rudd for, day after day, in comparison to the rank and odious corruption and arrogance of the Morrison regime and tell me, honestly, that the Murdoch press isn’t just a Liberal Party propaganda machine.

Anyway, now that he’s a former PM I’m loving his work. Especially his work speaking the truth about Murdoch and his democracy-destroying, tax-dodging, lying, cheating media empire. Last I looked Rudd had almost 500,000 signatures on his petition calling for a royal commission into the shyster fake news conglomerate, prompting the grumpy old pseudo-American fiblord to pronounce another one of his demented fatwahs.

Of course, Murdoch’s wholly-owned government isn’t having any of this media royal commission business. Morrison and Co are too busy finding new ways to help sugar daddy Rupert make money, whether that’s by trying to force Google, Facebook etc to pay poor little NewsCorpse a billion dollars a year for the privilege of directing hapless internet users into the jaws of the beast, by facilitating tax evasion, by crushing competition from the publicly funded ABC or simply by handing over wads of cash for no particular reason other than Rupert likes the stuff.

But apart from slagging off Murdoch, Rudd also scored some points in my book when he accused muppet Morrison of breaking another promise by not doing anything much to help Australians stranded overseas by the Covid pandemic. Back in September the muppet said he wanted “as many people home if not all by Christmas”. Meanwhile, tens of thousands of stranded Aussies are in worse situations than ever overseas, unable to afford skyhigh plane ticket prices, repeatedly bumped from booked flights even when they’ve paid, running out of money and desperately unhappy. If the government had honestly given a toss, it could have done a lot of things to make this situation better. Instead, it lets a strictly capped number come home each week, whereupon those returnees are handed over to the tender mercies of a quarantine system that many have complained provides shocking food, windowless rooms and arbitrary heavy-handed treatment from contractors and others.

Instead of answering the criticism, the muppet accused Rudd of leaving and re-entering Australia multiple times during the year. He was wrong, of course, and was forced into a most ungracious apology that only made him look worse.

Rudd’s point remains unanswered. The government could have done lots of things if it was fair dinkum about its promise. It didn’t, which proves it wasn’t. And that, right there, tells you everything you need to know about the Morrison Government.

Meanwhile, back to Rudd and Murdoch. Rudd’s latest suggestion is for Australians to hit the evil empire in its only vulnerable spot by boycotting realestate.com.au, one of Murdoch’s fattest and milkiest cash-cows.

Aged “care” and the Covid crisis

The Parable of the Talents