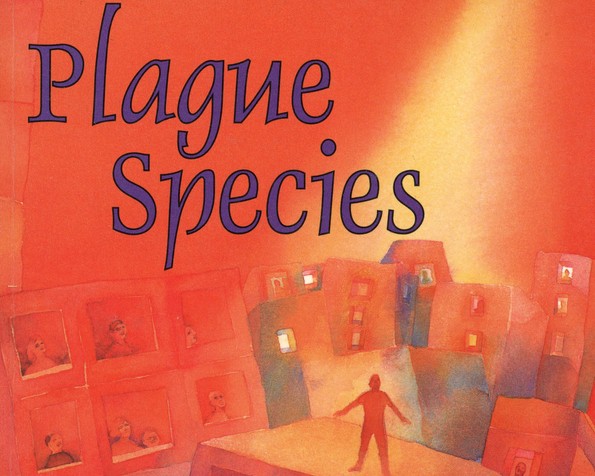 Doomsday messages are thick on the ground these days. And no wonder. While people argue about whether continuing to alter the composition of the atmosphere is harmful or not, undeniable damage is piling up all around. The latest UN report on biodiversity, with its sombre warning of millions more species extinctions on the way, is just the latest signpost on a long bad road.

Human activity is stripping the globe of its remaining forests at a rapid rate. The oceans have been mined of much of their living inhabitants and are still being used as sewers for all types of waste. The environment is being altered through the introduction of novel chemicals and radioactive substances, many of which are already known to have harmful effects on biological processes.

A total derangement of priorities

Instead of tackling these undeniably real issues, governments and the powerful corporations and financial networks that increasingly control the world are either ignoring them or making them worse. In a total derangement of priorities, short-term money-making trumps every other consideration.

It seems obvious that this state of affairs is an emergency, and has been for many years already. It seems equally obvious that governments ought to be tackling this emergency with all the vigour they can summon. Consider the challenge of the lunar landings. Consider the challenge of developing an atomic bomb. Both these self-imposed targets involved the application of vast resources to deal with hundreds of overlapping and interlocking difficulties. History proves that when humans are motivated, extraordinary results are achievable.

Some steps are obvious. Single-use plastic items should be drastically scaled back and those that remain for good reasons must be recycled. Bio-degradable substitutes should be found wherever possible. Packaging should be totally recyclable and bio-degradable. All manufactured products should be sold with a cradle-to-grave plan, so that when they fail or become obsolete they go back to their makers – or at least to a facility funded by manufacturers – to be dismantled and reused in other forms. Landfill dumping should stop. Ocean dumping should stop. Rivers should never be sewers. Energy demand can and should be massively scaled back by cutting waste and turning to the safest renewable alternatives. The arms industry with its promotion of endless warfare must be contained.

These measures should have been taken years ago. Now that people in parts of the developed world are becoming more militant about the clear destruction of the natural world that is accelerating before their eyes, we need to talk about why the logical steps haven’t been taken. If you listen to the corporate media you will conclude that consumers are to blame because they keep buying the products of the harmful system, encouraging their continued creation. That’s nonsense. The main problem is a failure of leadership, and it’s a failure that is guaranteed to keep happening unless the underlying system is changed. The underlying system is the economic structure that provides rich rewards for destructive behaviour, and disincentives for ethical and sustainable activity. Corporations make the most money when they cheat, lie and cut corners. Their only obligations under the present system are to shareholders, many of whom are financial entities that operate under identically flawed rules. Pillaging the environment, paying starvation wages, bribing governments and behaving unethically are profitable activities. Badly behaved corporations make bigger profits and outcompete those that would prefer to behave ethically.

It’s a problem of design, and if the damage is to be stopped humans will have to step up, admit the design of the current system is wrong, and replace it with one that works the opposite way. The curbs and incentives need to be reversed from their present settings so that destructive behaviour is penalised and choosing more ethical pathways is rewarded. This is incredibly hard to achieve as things now stand, because the bad players in the economy have so much wealth they can pay to create the legal and political conditions that benefit themselves and guarantee their interests are always put above those of other people and the best interests of the planet itself.

The same interests also control the means of mass communication, and have developed highly efficient propaganda machinery and techniques designed to maintain their dominance. Given this is the case, it might be assumed that the problem is insoluble and that humanity must collide with the crises it has manufactured. I must admit I often think this seems to be true. The social forces lined up to defend the system that guarantees destruction are so powerful that it is very hard to imagine them ever giving an inch.

One interesting perspective is that humans are a plague species and, as such, are subject to inbuilt, genetically programmed self-destruct mechanisms. Years ago I read a book that put forward this theory, and it has haunted me ever since. The book is called Plague Species, and it was written by Australian thinker Reg Morrison, who spent most of his working career as a photographer. The book was originally published in the USA as The Spirit in the Gene: Humanity’s Proud Illusion and the Laws of Nature.

I recently had the pleasure of meeting Reg and his partner Pauleen at their home in Sydney, and it is clear that he has not quite finished elaborating his devastating thesis. Basically, he believes that humanity won’t escape the consequences of the trap it has entered as a result of its genetic programming. He predicts that the crisis, when it finally strikes, will treat humans as it treats other plague species, bringing about a rapid and shocking reduction in population. To quote Reg’s book:

“We are pitted against the full weight of the world’s biospheric machinery, and to make matters worse, the carefully tailored mythologies that used to sustain us now handicap us with misconceptions that seem sure to be our downfall. To our peril we cling to the following beliefs:

By contrast, the facts are as follows:

Handicapped as we are by such monumental misconceptions, we are likely to discover that the endgame is rigged beyond redemption.”

I wish I believed that Reg Morrison was wrong, but humanity’s recent trajectory makes me suspect he is, unfortunately for us, correct.

Australia’s year of the skidmark