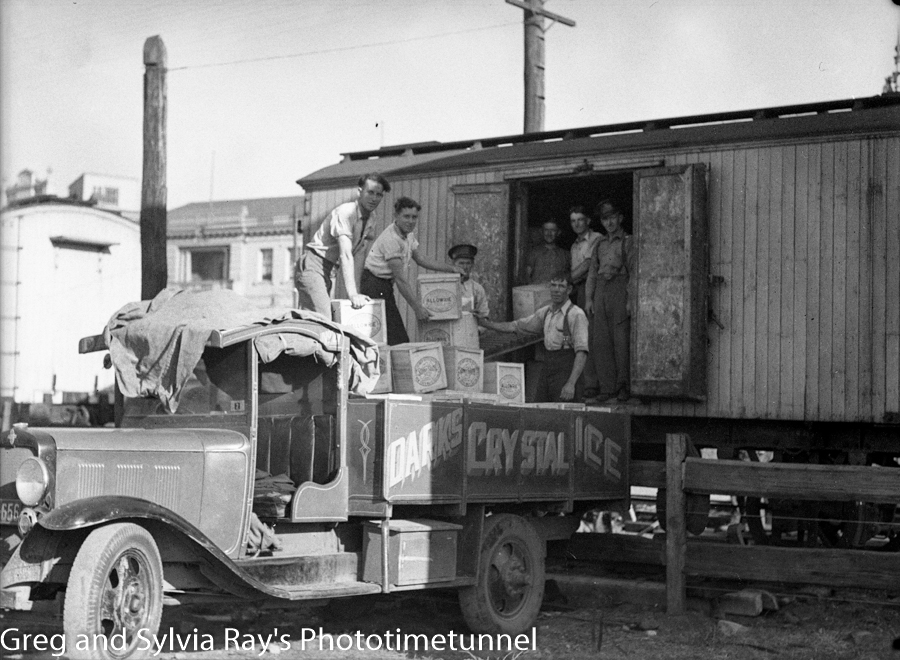 RAY Kime used to be one of the biggest ice dealers in the Wallsend area.
He’d buy from his supplier in Newcastle and break down the pure ice into smaller quantities for his many customers who simply couldn’t get by without it.

That was before electric refrigerators, of course, when most people used iceboxes to keep their foodstuffs cold.
“When fridges came in, well that was the beginning of the end for the ice home delivery business,” Ray told me. He still has his ice pick, his ice tongs and various bits and pieces of paperwork connected with the trade.

Back when Ray left school he really wanted to be a pattern-maker, but BHP wasn’t taking apprentices that year, so he went to work at the Wallsend Co-op Store. He worked in the store’s bakery from 7am to 2pm making dough, baking bread and doing deliveries. When that was done he’d move to the butcher shop from 4pm to 5pm, and then after that the grocery department.
That was during the war and the trades he worked at were protected industries. After the war he bought an ice run and for the next four-and-a-half years he serviced about 200 customers between Lambton Hill and the brickworks. His run included the ex-Depression settlement of Hollywood, where squatters lived in tin shacks and, Ray said, paid their bills cash on the knocker.
Ray’s delivery days started at Dark’s Ice Works in Newcastle, where he’d pick up hundredweight blocks, scoured and cut into six pieces with a bandsaw. These would be wrapped in hessian, covered in a tarp and delivered to his customers between 11pm and 7am.

Deliveries were twice a week in winter, and every second day in summer.
To avoid having to get out of bed to let him in, all his customers left their doors unlocked. That was no problem, in those days.
Sunday deliveries were the worst, he said, because many people would have been out on the town the night before and they insisted on putting their wallets and valuables on top of the icebox, adding up to half-an-hour to the shift, simply through the inconvenience of having to move them aside to put the ice in the boxes.
By the end, Ray said, the uptake of refrigerators caused his clientele to dwindle to about 30 customers. That’s when he did a deal with a store to try to sell fridges to his customers.
“I only sold one or two,” he said.
Frozen out of the ice trade at last, Ray moved on to other fields.

The dairy herd travelled by punt

The yellow clown chorus and other dreams