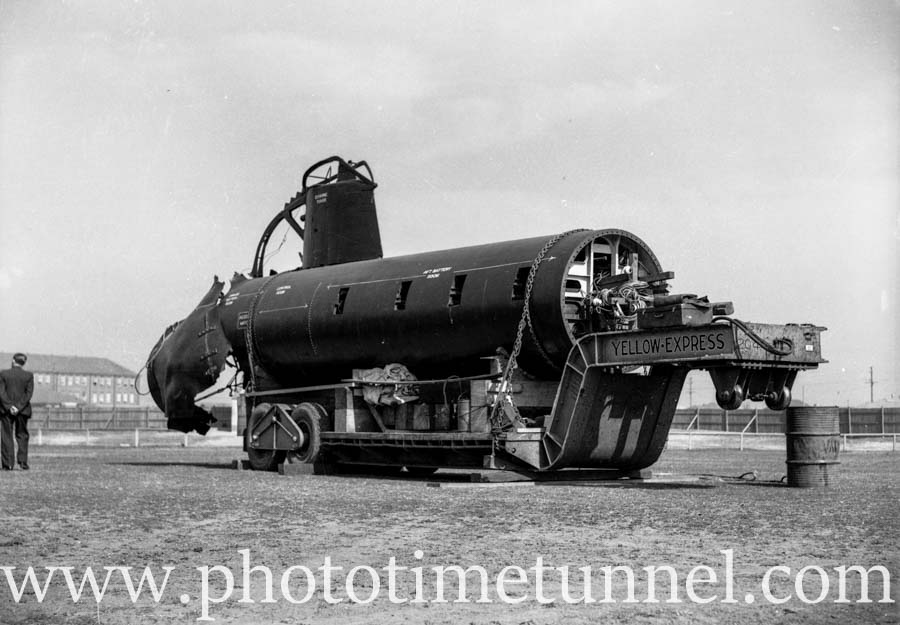 Japanese mini-submarine on fund-raising tour in Newcastle in 1942

On May 31 and June 1, 1942, mini-submarines, launched from a large Japanese mother-sub, the I-24, attacked Sydney Harbour.
The subs caused havoc, sinking the converted ferry HMAS Kuttabul (being used as a navy depot ship) with the loss of 21 lives before they were themselves destroyed. A few days later I-24 attacked and sank the merchant ship Iron Chieftain off the Central Coast, killing 12 crew.

After the mini-submarines were destroyed, Australian defence authorities raised the remains of two, assembled parts from each to make a convincing whole, and sent the resulting hybrid on a road trip.

The tour, which attracted hundreds of fascinated visitors, raised money for the Royal Australian Navy Relief Fund and the King George Fund for Merchant Sailors.
The sub was trucked in pieces to Newcastle’s No. 2 Sportsground in late September and October of 1942. The parts were assembled on site and members of the public, including school groups, paid to inspect it. After the tour, the submarine was sent to the Australian War Memorial in Canberra.

A century of Australian Christmas