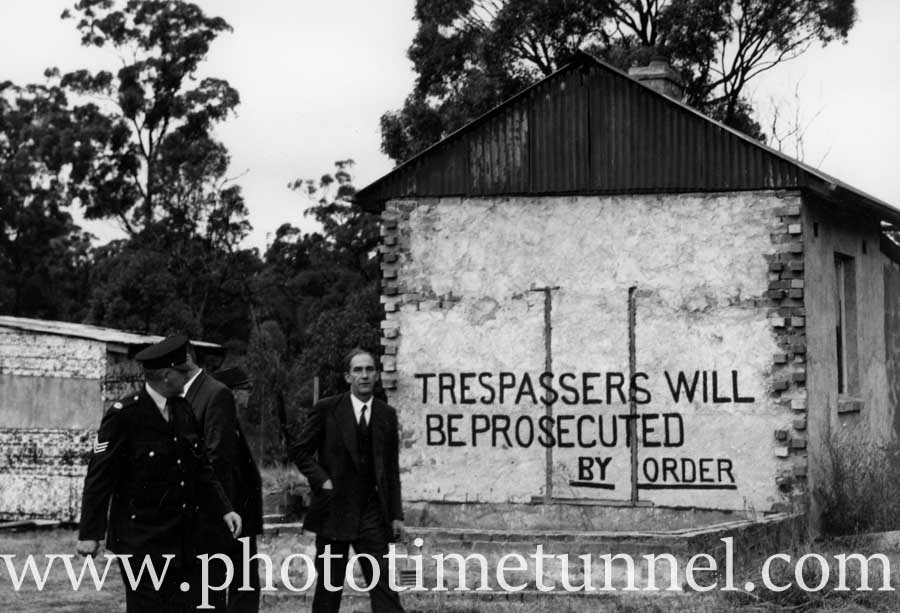 Police at the scene of the murder at East Maitland, 1960

On Saturday, April 23, 1960, Maitland reeled in shock when news broke of a gruesome double murder in a small isolated hut off Turton Road, not far from the East Maitland brickworks. Sydney Shelley, 34, and his 21-year-old wife Elva had been killed and their heads cut off and removed. The couple’s baby was found alive but distressed in a cot in the house. A post-mortem revealed that Elva had been pregnant with a second child at the time of her death.

When news of the murders broke, Newcastle husband and wife news team Ron and Liz Morrison were inundated by requests from media outlets across Australia for photographs of the scene. As luck would have it, Ron was in Sydney on another assignment, so Liz had to take on the task of covering the story – which she did superbly.

A week after the murder was discovered, Elva’s severed head was found in Newcastle Harbour by a fisherman, and bullets recovered from the head matched some found near the murder scene. The gun used in the killing had belonged to Syd Shelley and evidence emerged that others had borrowed it, allegedly to use in a planned hold-up.
Suspicion fell heavily on Terrence Patrick O’Connor, who was forced to admit having had possession of the gun and who refused to provide a verifiable alibi for the time the murder was committed. O’Connor’s real name was Eric Francis Bowles, and he had a terrible criminal record that included manslaughter in Queensland. Some insist to this day that at least one other suspect ought to have shared the blame, but it was O’Connor alone who went to jail, for life.

The committal hearing at Maitland Court on May Day 1960 attracted a big crowd of onlookers. The inquest opened on May 18 and resulted in the charges that put O’Connor behind bars.

A jury in Newcastle convicted O’Connor after little more than an hour’s deliberation, despite the absence of a motive and the fact that the gun was never found.

This story appears in our book, Newcastle in the 1960s, which features the work of Ron and Liz Morrison.

More information about the killer and his past can be found here at Kent Blackmore’s wonderful website.