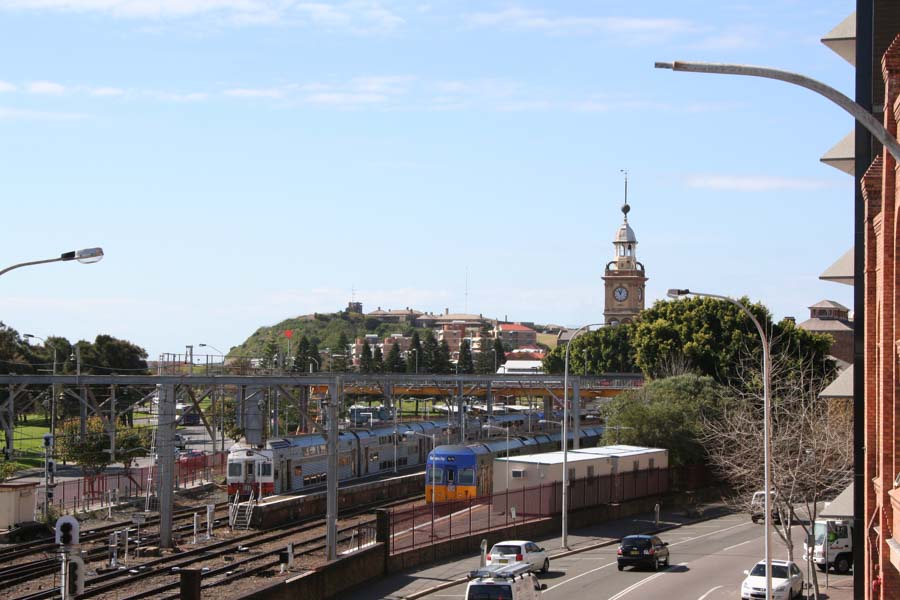 A few years ago Sylvia and I were giving a talk to a group, about old photos of course, and there was a lot of discussion about how lucky we and others had been at times to benefit from chance discoveries of caches of old negatives. Then Sylvia wondered aloud about photos from the digital era, and how future enthusiasts would manage to stumble on forgotten troves of images that had no physical analogue to help them survive.

Having suffered the agony of a hard-drive failure, and the misery of a lightning strike that knocked out a network drive, and also having endured the anguish of discovering that data files stored on floppy disks in years gone by had become corrupted and inaccessible, I understood her point.

That thought prompted her to suggest trying to publish a book in which we would reproduce images from the digital era, depicting Newcastle and the Hunter, as a sort of insurance policy to preserve them in print, at least. We even had a working title: Newcastle, by Itself – because naturally it would have to draw on the talents of a great many Novocastrians. We both liked the idea, but the time never quite seemed right: until this year.

We actually had a book idea lined up for 2020, but then the novel coronavirus turned up and created a pandemic , which more or less spoiled the concept we were working on, since it required a fair bit of traipsing around. Confined to quarters by the virus, we realised our plan had to be delayed. Then Sylvia pointed out that the time may have come for the Newcastle, by Itself idea.

So, with a lot of help from our wonderfully obliging and thoughtful website builder and problem solver, Steve Wilkinson of Ark Digital on the Central Coast, we got a system up and running to handle photos that we hope our friends, acquaintances, contacts and others might be willing to share, in order to make the book a reality.

The timing seems right, I believe. It’s 20 years since the turn of the century. Since the dreaded Y2K bug didn’t bite. Since the night we partied like it was 1999. And so much water under the bridge since then. We’ve had fires, floods, The Pasha Bulker hurricane, dust storms, hailstorms, lightning strikes and goodness knows what other disasters.

Music festivals, parties and celebrations of all kinds, not to mention commemorations and historical events have taken place. We’ve lost some well-known faces and gained some new ones. And now, in 2020, we’re facing something extraordinary and unparalleled in our lifetimes.

It’s been a big two decades. And people have been snapping images every step of the way.

So our plan is make a book similar to the others we’ve published to date, but different. If all goes well we’ll print it in Newcastle, like we always have, provided our printer helps us out like they always have so far. We’ll put it together under lockdown if necessary.

And it will be a book about Newcastle and the Hunter in the first 20 years of the 21st Century, by the people who were there and saw it all.

So, if you’re interested: if you’ve got some pictorial gems in your phone memory, on a flash-drive or a hard-drive, or stored on your camera’s memory card, please consider getting involved. We’d love to see what you’ve got, whether it’s the definitive Pasha Bulker shot, a great piece of scenery, a human interest snap or something sombre and moody.

And if your photo makes it into the book, we’ll give you a copy when it’s printed (probably can’t stretch to cover postage though).

You can find what you need to know about the planned book here.

And the Terms and Conditions are here. (Don’t be daunted by them. There’s a lot of stuff we have to put there to legally protect ourselves and you.)

Please join us in this project. We won’t be able to do it without a lot of help.