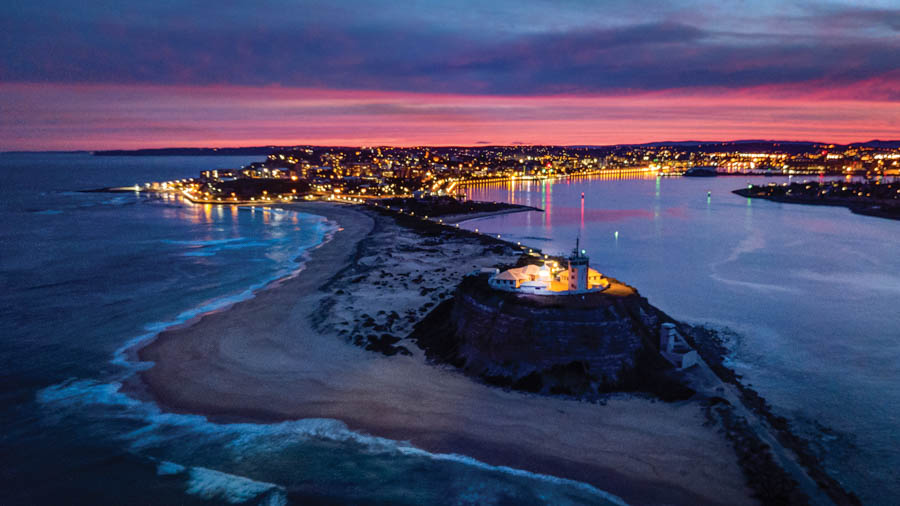 WHEN 2020 began with a storm of anxiety about fires, drought and the global pandemic, we found ourselves locked down and wondering what sort of book we should create this year.

Sylvia had been talking for some time about putting together a book of contributed digital images – ever since a discussion about the potentially transient nature of digital data compared with the relative durability of old-school photographic negatives. I mean, in theory, digital data might seem more durable, but hard-drive failures, flash memory corruption and outright technological change suggests the opposite may be the case.

Anyway, we put the word out that if people wanted to send us some favourite images we would try to make a book of them, with a format similar to our previous volumes. We had about 50 contributors join the party, and with a solid backbone of material from a handful of big contributors – including Ron Morrison, Phil Voysey, Pete Smith, Art Ryan and Matthew Ward – the book took shape.

Assembling and curating the collection, it became clearer than ever what a period of change the first 20 years of the 21st century has been in Newcastle and the Hunter Region. Taking Newcastle itself, consider the closure of the railway station, the removal of such well-known structures as Surf House, the Queens Wharf tower, the Palais Royale and the introduction of dramatic new elements such as the tram, the new law courts and university building and the massive city precinct redevelopment now under way.

Having asked for contributions we had no idea what we might receive. But it’s fair to say what arrived covered a broad spectrum of subject material spanning the two decades. From the beautiful aerial images submitted by Mark Goolmeer, the evocative light-paintings of Pete Smith, the quirky spur-of-the-moment observations captured by Phil Voysey, Art Ryan and Matthew Ward to the more documentary recordings of Suzanne Martin – overlaid by a scattering of personal moments from many other contributors – the ingredients were ample for the recipe.

I’ve got my favourites. Sharon Smith’s cracking image of the Palais during the Pasha Bulker storm – shot from a car window with raindrops on the glass. Pete Smith’s Pasha shot, with the ship looming huge between the surf club buildings at Nobbys. Nic Brady’s shot of his daughter catching raindrops in her mouth on King Street. Matthew Ward’s pictures of girls in the rain at Newcastle Show. Mark Goolmeer’s epic shot of the rescue helicopter in the grounds of Singleton Hospital. Jodie Patmore’s haunting image of the dry bed of the Barrington River during the drought. But actually so many more . . .

Halfway through assembling the project I was practically ready to swear I’d never tackle anything like it again. But now, seeing the finished product and liking what I see, I’m almost wondering if I could possibly change my mind.

Where you can buy your copy:

A family’s journey from postwar Bremen to Greta migrant camp

The David Cohen warehouse blaze of 1908