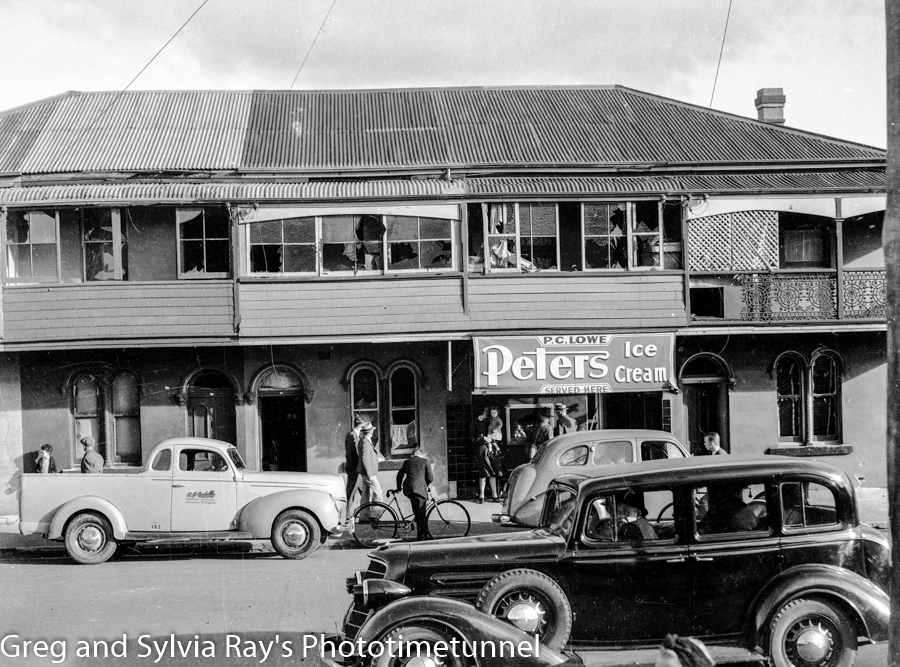 Many incidents of the Second World War remained unknown to most of the Australian public until the authorities considered it safe to discuss them. They feared panic among the population and damage to morale. But submarine attacks on the east coast cities were impossible to hide. On May 31 and June 1, 1942, mini-submarines, launched from a large Japanese mother-sub, the I-24, attacked Sydney Harbour.
The subs caused havoc in the harbour, sinking the converted ferry Kuttabul with the loss of 21 lives before they were themselves destroyed. A few days later I-24 attacked and sank the merchant ship Iron Chieftain off the Central Coast, killing 12 crew.
On June 8 the I-24 fired 10 shells at Sydney Harbour, with just one exploding, in Bellevue Hill. Coastal defence authorities feared a wider attack and sent a message to Newcastle to prepare for possible bombardment. Novocastrians heard the sirens sound and emergency personnel were put on alert, but about 1.15am the all-clear sounded. The threat had not passed, however, and I-24’s sister submarine I-21 began firing shells at Newcastle from a position in Stockton Bight about 2.15am.

I-21, commanded by Captain Kanji Matsumura, is believed to have had orders to attack Newcastle’s shipyards. Japanese records say he fired 34 shells from about nine kilometres north-east of Fort Scratchley. Eight star shells burst one by one in the sky to illuminate potential targets. An enemy shell hit Nobbys but didn’t explode, nor did two others that landed in the east end’s tram terminus. Another five shells were also duds, landing at Stewarts and Lloyds, Lysaghts, Rylands and the BHP. Many shells apparently crashed harmlessly into the Hunter River. Two did explode on land, one shattering against the sea wall just north of Newcastle Baths and one in Parnell Place, hurling a shower of metal splinters towards nearby houses, peppering walls with metal shards, slashing rainwater downpipes with shrapnel and blowing out house windows.

The attack lasted about 20 minutes, until just after the guns of Newcastle’s Fort Scratchley, built more than half-a-century before when there were fears of a Russian invasion, returned fire. The fort’s two six-inch guns fired four shells (number two gun was quickly out of action with a damaged loading mechanism) and the submarine made its getaway.

The ports of Sydney and Newcastle were temporarily closed to outward traffic and merchant shipping along the whole coastline between Brisbane and Adelaide was suspended.
Convoys were introduced in the weeks after the attack in an attempt to protect shipping. There were surface and air searches for enemy submarines, and ships at sea were warned to zig-zag widely.

The I-21 left the scene in the early hours of the morning after the attack. In early February, 1943, it was again off the east coast of Australia and one of its victims was the Iron Knight, which it torpedoed off Montague Island while it was en route from Whyalla to Newcastle. Many of the 36 merchant mariners who lost their lives were from the Newcastle district.
The I-21 met its end off Tarawa in the Gilbert Islands in late 1943 when it was sunk by aircraft from the aircraft carrier USS Chenago.

In the panic after the shelling, air raid defences received a major boost, with reinforced concrete shelters springing up across the city and slit trenches dug in schools, parks and workplaces.

Many stories of Newcastle during the war appear in our books, Newcastle, The Missing Years, and Recovered Memories, Newcastle and the Hunter: https://www.phototimetunnel.com/product-category/photo-books

Panorama of Newcastle, circa 1902.