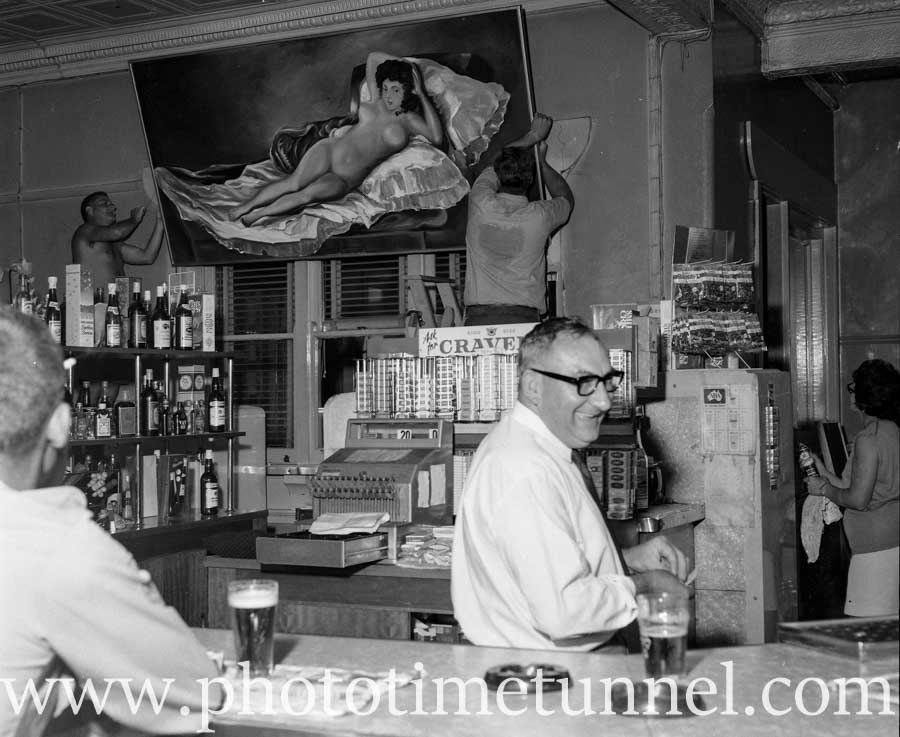 Copy of a Goya nude in a Cessnock Hotel, February 1962. Photo by Ron Morrison

In the 1960s a nude picture on the wall of your pub or restaurant might have caused strife with the authorities: unless of course it was a copy of a nude by an old master, which is a different thing altogether.

In a Cessnock pub, for example, a local artist daubed a copy of Goya’s Nude Maja for the edification and titillation of Coalfields drinkers. I don’t know which pub was so gorgeously adorned, nor the name of the copyist, nor the fate of the copy.

Here’s a link to the original, so you can judge the quality of the copy for yourself.

Meanwhile at Oliver’s Restaurant in Newcastle, artist Guiseppe Risicato made this copy of Titian’s Venus of Urbino. I recently met the son of a chef who worked in the restaurant at the time, and he told me that Guiseppe declined to be paid for his work, requesting instead that a bowl be placed near the picture for donations. I was told that he received the contents of the bowl at regular intervals, apparently doing quite nicely from the arrangement. I’m not sure if it’s true, but it’s a good story.

As noted in our book, Newcastle in the 1960s, some diners reported that the picture didn’t help their digestion.

Here’s a link to the original Venus of Urbino.

Thanks to Ron Morrison for these pictures.