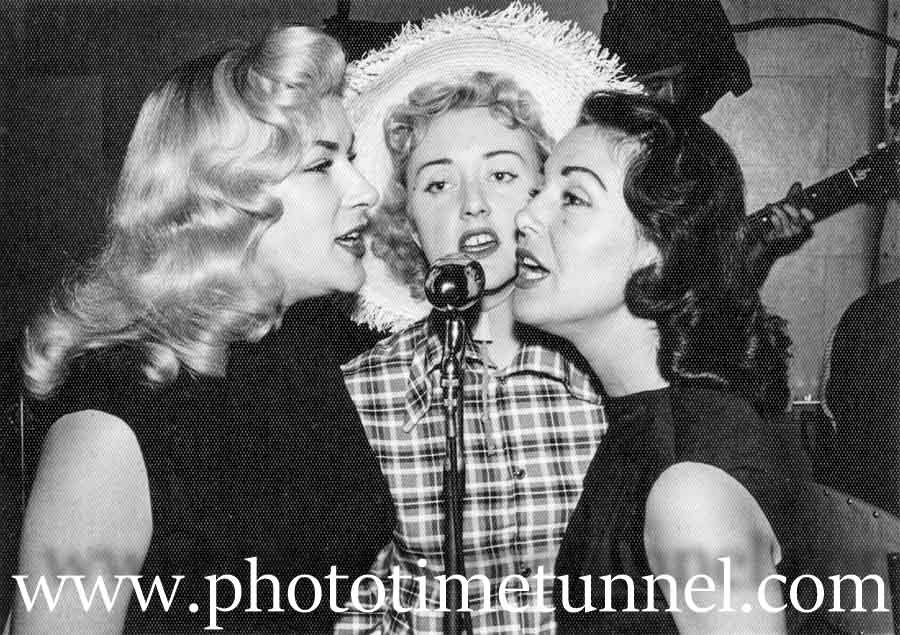 Verona “Ronnie” Ayerst grew up in Wickham, in a house with a yard full of sun-bleached shark jaws. Killing sharks was a family business, and her father Jim was good at the job – as well as being an accomplished jazz trumpeter.

Jim had boatsheds at Wickham, like his father Joseph before him, who had been a providore on Newcastle Harbour. When I spoke to Ronnie a few years ago she remembered her father’s “fetish” against shoelaces, which he held responsible for drownings when people fell overboard from boats and couldn’t get their shoes off.

Ronnie was born in 1936 and had a lot of memories of the non-stop war her father and uncle Arthur waged against sharks. The government used to pay a bounty for every shark killed in the harbour, she said, and there were plenty of the predators in the waters of Throsby Creek. If anybody spotted a shark, the Ayersts would sound their loud alarm and all the children who used to swim in the creek at the Wickham foreshore would scramble to safety.

One uncle, Sid, was a well-known diver in Newcastle Harbour. Another uncle, Arthur, had a houseboat opposite Church Street, and Ronnie remembers the story of a boy bleeding to death there once, after a shark tore his leg off through some logs in the water. According to The Newcastle Morning Herald of January 1, 1940, the incident had happened three years earlier, in 1937, when a boy who was swimming near some floating pine logs on the Wickham foreshore was attacked without warning, lost a leg and bled to death.

Up to 1940 three boys – and many dogs – had been killed by sharks in the Wickham area. One, in 1917, had been diving with some friends. He was about to dive one last time for the day, but then he and his mates spotted the grey form of the shark below. He tried to arrest his dive, but fell in. His body was never found. Several years after that another group of boys was swimming “where the oil wharf was later built”. All but one got out of the water, leaving the last boy lazily floating. Suddenly he yelled “A shark has got me” and his mates managed to retrieve him. He died shortly after the attack. The same article noted that at least one shark had been seen in Throsby Creek as far inland as the bridge at Union Street, Tighes Hill.

Ronnie didn’t follow her father into the shark fishing game. She did follow him, however, into music. Jim was an accomplished jazz practitioner, playing trumpet and cornet in his spare time. He once opened a show for Bobby Limb at City Hall, and was often to be found playing with different bands in all the famous Novocastrian dance venues, including the Palais and Tyrrell House.

Ronnie sang ever since she was a little girl. When she got older she trained as a seamstress, but took singing gigs whenever she could. She used to play at the Seabreeze at Nelson Bay at weekends and the Westminster and The Esplanade in Newcastle. By chance she fell under the eye of the famous local muso Claude Moore who liked her so much he invited her to join the Claude Moore Trio in 1955, with himself and Iris Hayes. Claude Moore, many Novocastrians will recall, played piano at The Alcron restaurant for many years.

In those days live music was a thriving industry in Newcastle, as it was in Australia generally. During World War I the Australian government had forced hotels to close at 6pm, ushering in the era of the “six o’clock swill”, where men would flock to pubs on their way from work to drink as many beers as they could before going home. When opening hours were again liberalised in the 1950s, the hotel business changed overnight. In a bid to attract new clientele, the better hotels opened dining and cabaret rooms, hired the best musicians and entertainers they could find and offered good-quality food, often at no cost.This was great news for local musicians.

Ronnie has fond memories of her time working with Claude Moore and Iris Hayes. Moore had suffered polio in his youth and was “a tough master”, she said.

But one night, walking from a gig at the Westminster Hotel to The Esplanade, Ronnie was followed by visiting Canadian sailor Fred Milton. She married him, moved to Vancouver and then to Las Vegas where she lived for 41 years and ran Dick’s Liquor Downtown, a pub on First Street, behind the Golden Gate. After her divorce in 1970 she worked as a cocktail waitress at the Thunderbird Hotel, coming home to Australia in 2000 to look after her sick mother.

When Ronnie left for America, her place was taken by Pat Charker. Pat was a talented singer, flautist, drummer and piano-accordionist and had regular spots at Pippy Wilkinson’s hotel at Speers Point and the George Hotel in Newcastle. The Claude Moore Group’s core members were Claude, Iris, Pat and bassist Bruce Jenner, and they soon found themselves a regular fixture at Newcastle’s prestigious Great Northern Hotel, where they played for more than a decade to appreciative audiences.

Another popular live music venue was the Seabreeze Hotel at Nelson Bay. Pat wrote that: “Back then a lot of fishermen frequented the hotel. It was a relaxed atmosphere and we had a great deal of fun.” The pub’s proprietor was Ron Fines, who loved music. When Ron left, the group was soon lured away to the Shoal Bay Country Club.

Pat recalled the night of Claude’s tragic breakdown. It was late in the evening when it suddenly seemed that Claude’s piano-playing was slowing down, like a failing gramophone. He refused offers of help, and insisted on making his own way home. Next day he was in hospital, and he was never the same again. Large parts of his memory had left him, never to return. Claude had suffered polio in his childhood, and it may have been the then-unrecognised post-polio syndrome that struck him. Originally from Broken Hill, Claude studied dentistry in Sydney before deciding to make music his life. He’d had his start at Newcastle’s famous Alcron restaurant, along with Johnny McGilvray and Johnny Thomas, and the loyal restaurant owners invited him back after his latter illness. He again became a well-known fixture there, enchanting diners with his still-considerable musical ability.

During a visit home from the USA, years ago, Ronnie went to the Alcron and saw Moore playing piano. He’d lost his memory and couldn’t recognise her, but she got him started on an old song they used to perform together called “We Want”. He played it perfectly, and was moved to tears by the closeness of memories he couldn’t quite grasp.

The elegant era of late night live music was eventually killed by changing fashion, with low-cost disco entertainment the final nail in the coffin.