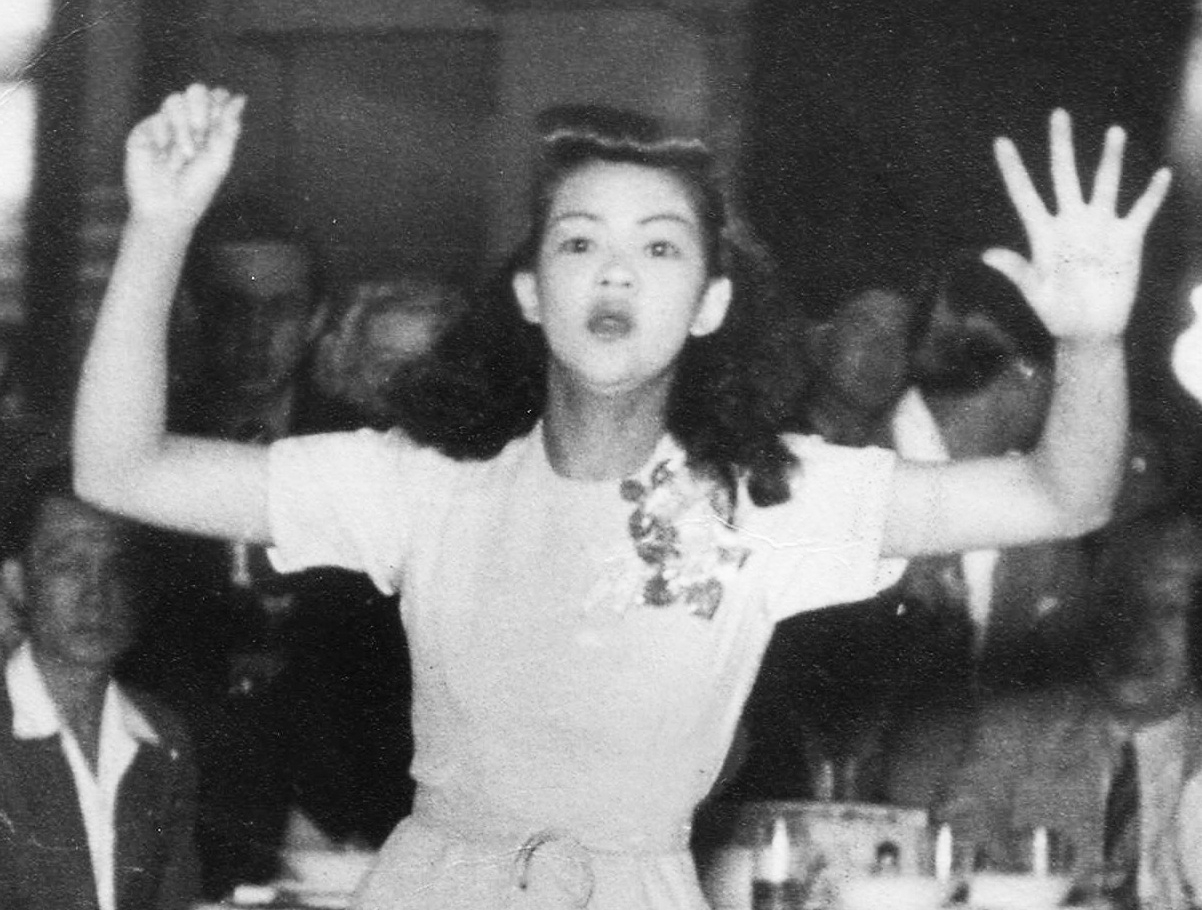 The Mook family, an institution in the Hunter area for many decades, was justly famous for many reasons: Chinese restaurants, fruit shops, SP bookmaking, charitable work and – perhaps most of all to people who lived through the 1940s – producing the city’s best-known jitterbug star.
Phyllis Mook was born in 1926 and grew up familiar with her family’s businesses. She worked in the fruit and vegetable shops and sometimes, according to her daughter Teresa Purnell, played the role of “cockatoo” or lookout at the family’s SP betting shop (known as “Mum’s”) in Beaumont Street, Hamilton.
In the war years she was introduced to the jitterbug while dancing with some visiting American servicemen. Captivated by the frenetic imported dance, Phyllis made the style her own and soon outshone even her American teachers. A tiny woman, she had incredible energy which she applied to both business and pleasure.

When Phyllis Mook danced, crowds of onlookers gathered to marvel. She was a star turn at the famous Palais Royale nightspot where she also did exhibitions of roller skating. Her partners included Flo Dillon and Brian “Briany” Allan, whose deafness was no obstacle to his dancing skill.
As an ethnic Chinese, Phyllis, like most of her family, was fingerprinted by authorities during the war as an “alien”. Despite the family’s deep, multi-generational ties to the Hunter and despite the fact that China was, like Australia, at war with Japan, they were caught up in the prevailing fear of all things Asian.
Phyllis reminisced about air-raid drills at Newcastle Girls’ High, telling her children that students were ordered to climb under desks, pull their tunics over their heads and put corks between their teeth.
The famous photograph of Phyllis jitterbugging on VP Day, August 15, 1945, shows something of her show-stopping, crowd-pulling ability. Mrs Purnell said her mother often recalled the day, describing how she was at work at the family’s Swansea fruit shop when the much-anticipated news of the war’s end broke.
They drove the table-top truck into Newcastle, with Phyllis standing on the back waving the Chinese flag.
VP Day was probably the greatest spontaneous celebration in Newcastle’s history. Tens of thousands of people poured into the city centre by any means of transport they could summon. Industries and shops shut their doors and workers scrambled to join the celebrations. Sirens, horns, bells and whistles sounded long into the night and a massive crowd jammed into King Edward Park to hear official thanksgiving prayers and speeches from civic and church leaders.

Phyllis and one of her regular dancing pals, Flo Dillon, wowed the huge crowds with a spontaneous jitterbug display.

After the war Phyllis remained active in dancing but cultivated a wide range of other interests. She also pursued a number of successful business ventures, including her well-known hair salon in Hamilton.
Phyllis Mook died in 2009, aged 82. At the age of 80 she could still dance.

An interesting article about Phyllis can be found at Ruth Cotton’s Hidden Hamilton blog: