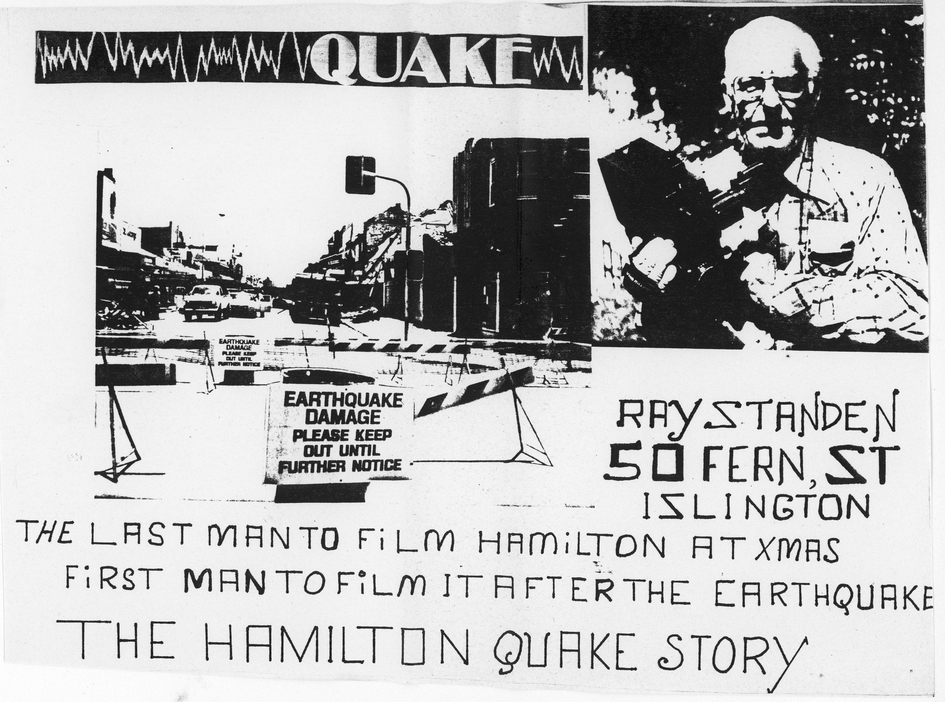 Back around Christmas 1989, Islington man Ray Standen, 64, was making a video in Hamilton. It was a jolly yuletide film about the suburb – and particularly the shopping strip of Beaumont Street – preparing for Christmas and New Year celebrations.

Ray had made video his hobby about three years before, after he’d suffered a heart attack and stroke, and he credited the hobby with helping him find a reason to keep living. (My source for this information is an article by Mike Scanlon, in The Newcastle Herald. I’m afraid I don’t know the date of the article.)

He’d done a lot of recording and was adding some extra footage in a Beaumont Street video store on December 28 when he felt the shop shake and he rushed out onto the street, still holding his camera. Ray was on the scene of the disaster in Beaumont Street very quickly, and he filmed for the rest of the day, not returning to his home in Fern Street, Islington, until about 8 o’clock that night.

By the time he edited his tape – which ultimately included many events of the days that followed the quake – Ray knew he had something special. According to the Herald article, people tried to buy the tape from him, but he refused to sell. He said he didn’t want anybody making money from his work.

But Ray didn’t stop at one episode. He was clearly unhappy about many things he saw happening to people after the disaster, and he made a series of interviews, creating a second video. He bundled the pair together as a two-volume set and sold 200 copies at $40 a set. At that price it was a loss-maker, he said. In the interview he said he wanted the master tapes to go to Newcastle Regional Museum after his death, and I’ve been told they may be in the city’s library.

I had never heard of the existence of these videos, but a friend gave me a set some years ago. Not realising their value as historical documents, I put them away for years and only relatively recently dragged them out to watch. I was so impressed that I digitised them (poor job, admittedly) and am putting them online as a tribute to Ray.

I happen to believe that Ray would have wanted his work to reach a wider audience – especially now, on the 30th anniversary of his video. I haven’t edited the videos in any way.

I wish I knew what happened to Ray Standen in the years since he made his video, but my attempts to find him or any members of his family have so far failed.

To watch the first of Ray’s videos, click here.