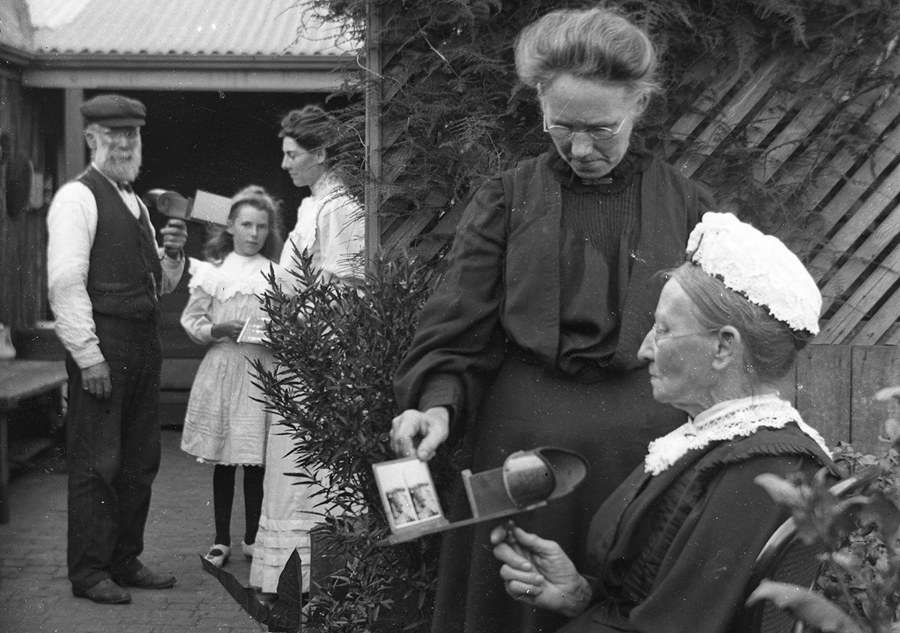 Humans have two eyes for a good reason. Viewing the same scene from two close but very slightly different locations creates an impression of depth. The brain, processing visual data from each eye, builds a scene in which it’s easy to determine which elements are near and which are far away. We can learn to interpret a two-dimensional image – like a painting or a photograph – as representing depth of field, but of course it is never the same as viewing the real item or scene with two eyes.

In the 1830s when photography was new, prolific inventor and thinker Charles Wheatstone explained binocular vision and experimented with the idea of a “stereoscope”, which used mirrors and prisms to present different images to each eye simultaneously and tricked the brain of the user into merging the drawings and perceiving them as solid. Other experimenters refined the concept using photographs, leading to an extensive new consumer industry – the creation of stereoview cards with pairs of photographs printed side by side, presenting slightly offset views of the same image. These were produced using special double cameras with two lenses set slightly apart to simulate the position of human eyes. When seen through a stereoscope the printed pairs of scenes appeared to the viewer in virtual 3D.

In 1861 Oliver Wendell Holmes created a very simple hand-held stereoscope which made stereoviews accessible to more people at a relatively low cost. Virtual tourism and pornography were among the most popular uses of the medium.

Countless thousands of stereocards and slides were created, in different patterns to suit many different styles of viewers. Some were small, folding pocket viewers, some were big and cumbersome tabletop units. The most popular, however, was the Holmes-style hand-held viewer, as shown above.

As the popularity of stereoscopes and views increased more and more photographers started catering to the market and dabbling in the hobby. In Australia, the Rose Stereograph Company produced huge numbers of stereoviews before it turned to postcards instead.

Father and son Joseph and Ernest Brougham Docker produced a huge array of stereoviews of locations not well covered by the bigger commercial operators, and their collection of material depicting the NSW Central and North Coast regions is truly marvellous.

In Newcastle, the enthusiastic semi-professional photographer William Fraser also created many wonderful stereo images and I have occasionally come across stereo cards produced in the Newcastle area by other amateur photographers – often mounted on cheap cardboard. While more likely to contain family-related images rather than general scenes, these can be charming in their own right.

The most effective and appealing stereoviews are those with a mixture of near and far elements. These accentuate the 3D effect. Unfortunately, many cards suffer damage to one image, spoiling the effect and making the view less convincing.

Occasionally collectors may find cards in which the images are printed on very thin paper in a card frame. These may be a special type of card designed to be held up to a light while viewing. One of the most famous series of this type is the “Diableries”, a macabre set of scenes featuring skeletons, the devil and hell.

Interest in stereo photography and in collecting vintage stereographs is still quite strong around the world, with numerous clubs and organisations.