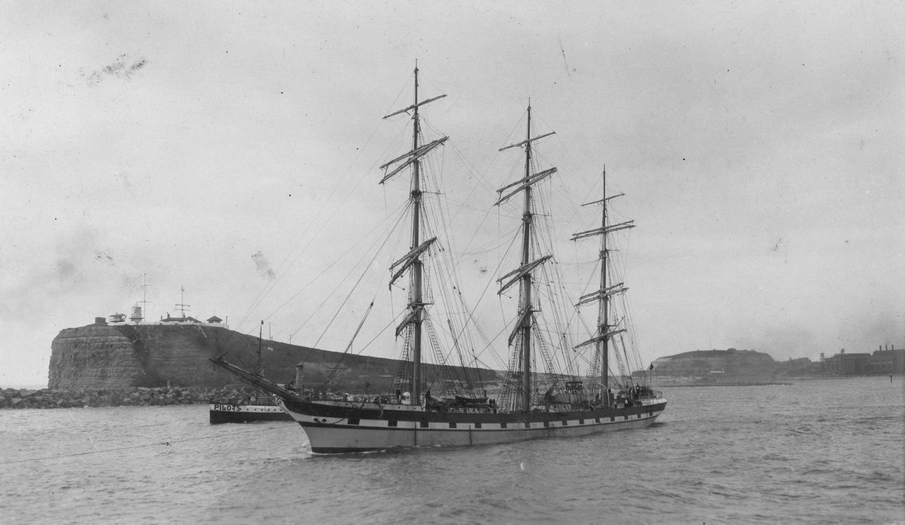 Newcastle has long been a busy shipping centre, and the list of ships to have visited the city would be enormous – if it was even possible to compile.

The interwar years were very busy, and our collection of negatives from that period is especially fascinating, particularly given the often-tragic fates that awaited some of the vessels during World War 2.

Here are a few examples of some of the ship photos that appear in our most recent book, Travelling Through Time.

The lovely photo at the head of this post shows the Glasgow-built steel ship Mount Stewart leaving Newcastle, possibly in 1923, when the ship is listed as having made the voyage from the city to South America. [Note: I have incorrectly identified this photo in our book as the French ship Ville de Havre, based on the notation on the back of the photograph.]

In this wharf scene in September 1936 the ship in view is the refrigerated cargo liner Royal Star. On April 20, 1944, the Royal Star was en route to Malta and Taranto when she was sunk by enemy aircraft north of Algeria.

The British merchant ship Zealandic in Newcastle in November 1935. On January 17, 1941, the Zealandic was torpedoed by the German submarine U-106 in mid-ocean south of Iceland. All 73 people aboard were lost.

The German steamer Stassfurt in November 1935. Stassfurt was in Port Pirie with a cargo of lead when World War II was declared in 1939, and the ship left Australian waters in great haste en route to Java. It was taken over by the Dutch in May 1940, renamed Langkoeas, and put to work evacuating Dutch property from the East Indies to Australia. The ship was torpedoed in the Java Sea in 1942 by the Japanese submarine I-58, with the loss of 91 lives. Having sunk the ship, the submarine crew machine-gunned the survivors in the lifeboats.

The cargo ship Anglo-Peruvian, pictured here in November 1935, was torpedoed by the German submarine U-96 south-west of Iceland on February 23, 1941. The ship sank in three minutes with the loss of 29 lives.

The refrigerated cargo ship Clan Macarthur in Newcastle in November 1936. The Clan Macarthur was hit by three torpedoes fired by the German submarine U-181 and sank east of Madagascar on August 11, 1943.

The British steam tanker Yarraville in Newcastle in June 1936. Just four years later, in June 1940, the Yarraville was torpedoed by the German submarine U-43, and sank off the coast of Portugal. Five crew members died. The rest, including seven wounded, were picked up by a French trawler and taken to Gibraltar.

The Portuguese ship Quanza famously carried Jewish refugees from Europe to the United States in 1940, creating an international incident when most were initially denied entry. Quanza came to Newcastle twice in 1946, travelling to and from Dili in East Timor. Quanza received a great welcome when it brought 263 Australian soldiers home from Darwin. Whilst in port it was visited by 3000 Novocastrian sightseers and also experienced a fire in its hold, fortunately extinguished by coal trimmers, crew members and firemen.

To see a preview of Travelling Through Time, click the link below:

Panorama of Newcastle, circa 1902.

A tale of two world tours: the MGM trackless train and the steam truck Britannia