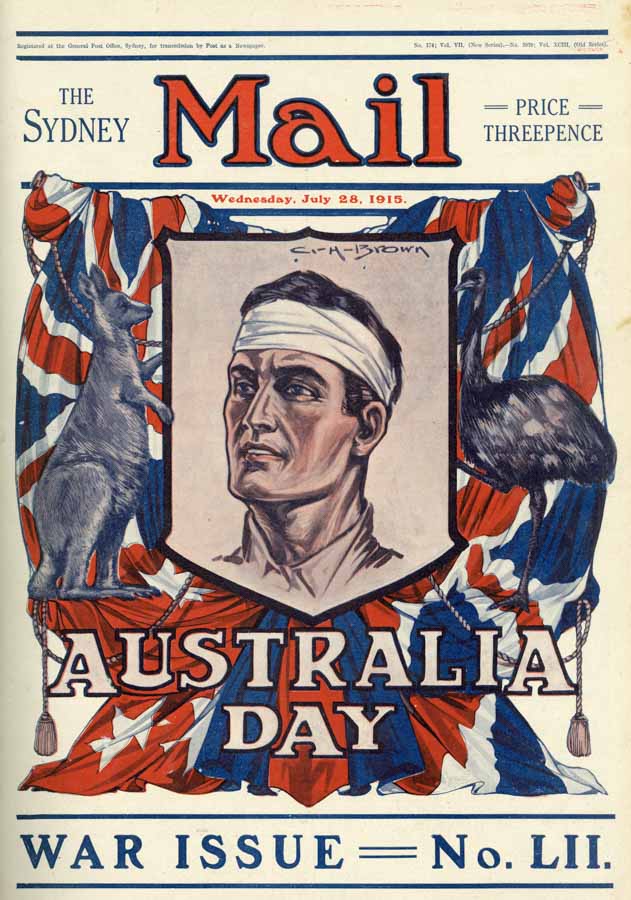 At the time of The Great War, the modern conception of Australia Day did not exist. Australia as a nation had only been born in 1901, and even after that a very large proportion of the people who lived in Australia considered themselves to be British, first and foremost. January 26 was celebrated in NSW as “Foundation Day”, and the other former colonies had days of commemoration for their own colonial beginnings. During the war, the idea of a national “Australia Day” was introduced as part of a wider fundraising effort where money was raised by declaring special days on which events such as auctions, stalls, performances and street collections were held to encourage the community to contribute to the war effort. Belgian Day, on May 14, 1915, was a typical example.

A Mrs Ellen Wharton-Kirke, of Manly, has been credited with suggesting an “Australia Day” to the NSW Government. The idea was to create a fund that would assist returned soldiers. The Australian Red Cross – itself freshly formed in 1914 in response to the challenge of the war – was largely involved in organising the day. July 30 was chosen as the date of the first Australia Day, and it was accounted a great success, although in times to come there were disagreements over how and where the money ought to be spent.

According to The Sydney Mail of August 4, 1915, NSW managed to raise £400,000, and a big parade through the streets of Sydney was the main event, with wounded men the centre of attention.

The success of Australia Day in 1915 led to similar events the following year, this time on July 28, and in the subsequent years of the war.