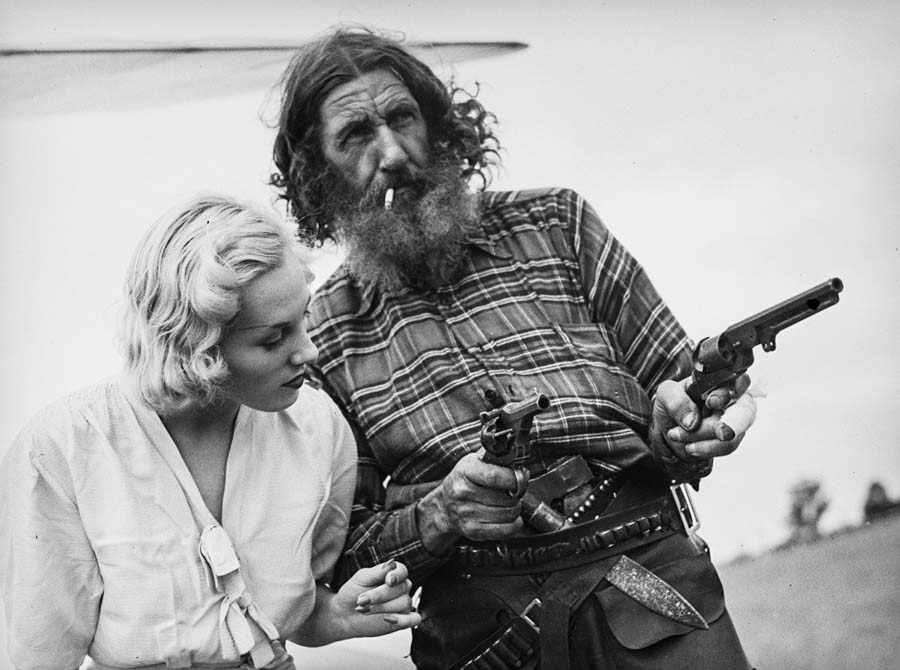 Tomahawk Joe and friend at Cronulla, February 1938. Photo by Ray Olson, courtesy of the State Library of NSW.

Time and again, over the years, I’ve heard stories of a “wild white man” known as Tomahawk Joe who made a name for himself in the Newcastle area in the 1930s as a showman, hurling tomahawks at a target, often accompanied by his female assistant, “Lone Star”. I’ve seen photos of him: tall, gaunt and unshaven, always stern-faced and usually dressed in Wild West gear and holding his trademark tomahawk.

And once, in a bookshop, I even found a copy of a pamphlet written by Joe and apparently published with the assistance of bookshop owner Jim Mann – long well-known as the owner of Mann’s Bookshop in Hunter Street, Newcastle (later to become Rice’s Bookshop).

The booklet is full of extraordinarily implausible tales, and you can read it here, if you like.

I’ve long had it in mind to make an effort to trace the real story of this larger-than-life figure, who claimed his real name was Kazan Champion and who also claimed an astonishing list of lifetime achievements, including being lost in the Queensland wilderness for six years. Among my sources was to be some material from the personal archives of the late C.K. (Charlie) Thompson, a Newcastle journalist and author who also wrote and performed in plays during the 1930s, sometimes as part of a group known as “Sinclair’s Sparklers” – associated with well-known magician Rex Sinclair. Charlie’s papers show that Tomahawk Joe was a regular performer with the Sparklers.

But to my delight and surprise, I’ve discovered that I don’t need to do any digging at all to find out the truth about Tomahawk Joe, aka Kazan Champion, aka Joseph Baker. Because somebody has already done it all, and done it superbly!

Sydney-based magician and researcher Kent Blackmore discovered Tomahawk Joe in 2017 and has since then pieced together a practically definitive life-story of this remarkable character. Not surprisingly, the truth about Joe is quite different from the tales spun in his pamphlet, but much more interesting, in my opinion.

Kent has even identified Lone Star as war widow Annie Kirkwood, and traced their home address in the 1930s to Michael Street, Jesmond.

You can read the truth about the real Tomahawk Joe at Kent’s website, here