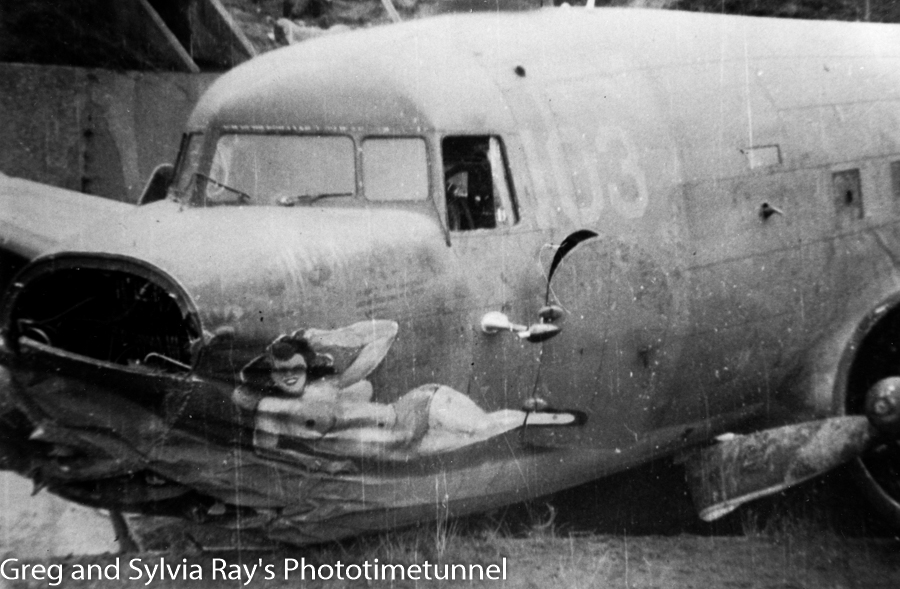 When a US Army Douglas C-47A Skytrain aircraft crashed into a stormwater drain at Broadmeadow in World War 2, plenty of people crowded around for a look. Quite a few took photos, despite efforts by authorities to prevent this.

The plane had been forced to make an emergency landing at Broadmeadow airstrip because of a severe storm, but it skidded on the wet runway, crashed through a fence and ended up in the drain. Of the 25 men aboard, two were slightly injured. According to newspaper reports, the plane was the seventh in two years to land in the drain.

This week Des Hopkins of Cardiff shared with me a photo taken by his brother, Neville, back when the plane crashed on August 10, 1944. The brothers had gone, with hundreds of other sightseers, to have a look at the accident scene. Des said Neville asked permission to take a photo with his trusty box Brownie, but was sternly refused.

“So he sat the camera on a bit of concrete and, when nobody was watching, he moved it until the plane showed up in the viewfinder. Then he opened the shutter,” Des recalled. The photo is certainly a nice sharp one.

This link, to a blog post by Lachlan Wetherall, shows the location of the crash:

Novocastrian aviation identity, Bill Hitchcock, told me that some young lads were exceedingly interested in the topless lady painted on the nose section of the crashed plane’s fuselage. Such was the level of their interest, he asserted, the authorities chose to have it painted over. I’m not sure if that’s true, but it makes a good story.

The nudes that started our publishing career