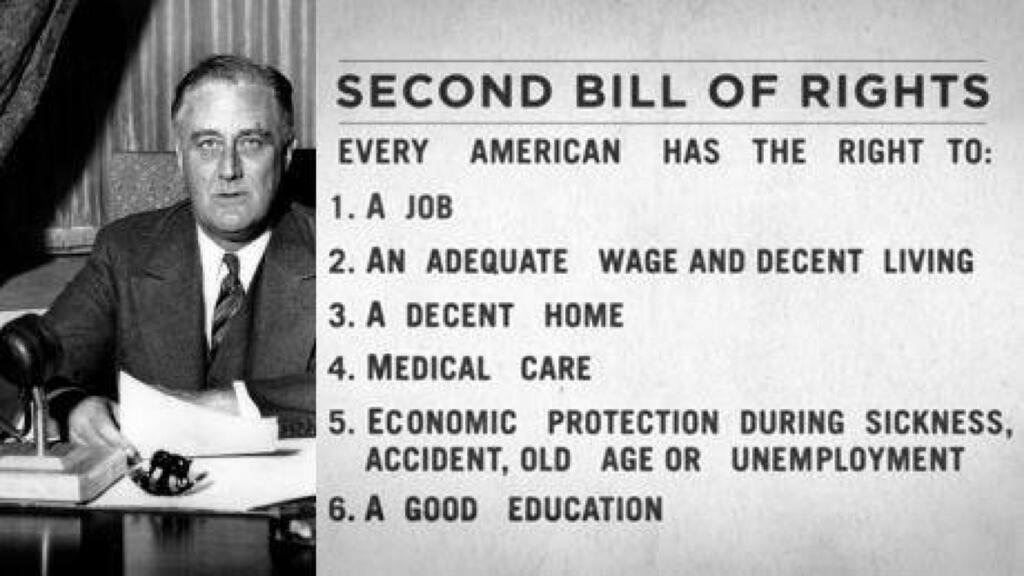 US President Franklin D. Roosevelt, creator of "The New Deal" and subject of an assassination attempt in 1933.

A round-up of news and other items plucked from the Trove website. Click the red headings to visit the stories on Trove.

The bullets missed the President-elect but wounded one of his bodyguards and also the Mayor of Chicago, Anton Cermak. Roosevelt was the architect of the “New Deal” which aimed to tackle the Great Depression in a variety of ways, including restoring power to trade unions, putting spending power back in the hands of the masses and spending large sums on public infrastructure.

It was reported that the gunman was an Italian bricklayer named Guiseppe Zangara. Zangara was executed very swiftly, by electric chair, on March 20, 1933.

President Roosevelt proposed a “Second Bill of Rights” during his State of the Union Address on Tuesday, January 11, 1944. “FDR” died in office on April 12, 1945.

Ringbarking trees will hurt the land and rivers

An unnamed farmer from Cootamundra wrote a letter to the Minister for Works, Mr O’Sullivan, who had made a number of proposals to deal with the terrible drought afflicting NSW. The minister’s plans included water conservation, drilling bores and building light rail lines. The farmer urged the Minister to start by restricting the practice of ringbarking trees:

“In the first place you should stop all ringbarking, only on land for cultivation, for the squatter has brought a curse on this fair land, and one that will stick to them no matter what you do with the rivers. Is not each season getting dryer and far more trying? A past rotten government allowed the squatters to ringbark under an improvement clause. They (the squatters) have the land now, and you and they will be worse; your creeks and rivers will become almost dry. Look at the country in any direction. Instead of a fine-looking country, with overstocking and ringbarking they have made a wilderness of it,” he wrote.

A brave heroine received belated recognition for a rescue.

Minnie Manning, a 17-year-old live-in maid at a Tomago property, had won fame a year earlier when she saw a boat in trouble on the Hunter River on a day of terrible weather. The boat, carrying five young Newcastle men of well-to-do families, had overturned and the men were “precipitated into the turbid waters of the Hunter,” the article stated. “Miss Manning rowed a boat through the bitter blinding rain over the troubled waters to the scene of the accident and succeeded in rescuing from a probable watery grave the five unfortunate pleasure seekers.”

For a year it seemed the rescued men must have forgotten their benefactor, then one of them managed to write her a letter and send her a handsome gold brooch. The letter and her dictated reply are reproduced in the newspaper.

Fire at the Marquis of Lorne Hotel, Lambton.

At a little before 12 o’clock on Thursday night the whole of the town was thrown into a state of excitement by the cries of “fire,” and the now well-known tones of the fire bell. A general rush was made to the Marquis of Lorne Hotel, owned by Mr. Alex. Smith, where there was a scene of the wildest excitement. There were scores of men, women and children in every description of dress, some only having their night dresses on. The fire was found to be raging in a room in the centre of the building, and was first discovered by Mr. Smith, who gave the alarm and sent for the fire engine. In the meantime Messrs. J. Hopkins, Edwin Moses, A. Bush, E. Davis, R. Usher, and L. Davis rendered good service by throwing water on the fire by means of buckets. The fire was proceeding from a store-room, which is situated at the back of the parlour under the staircase, and exactly in the centre of the building The flames were running along the roof, and escaping at the windows in front.

Newcastle police charged John Frederick Taylor, 48, with offensive behaviour for showing a display of his poems, stuck to cardboard sheets in front of a shop. A crowd had gathered to listen to his recitations when a police sergeant interrupted proceedings. The magistrate dismissed the charge when it came to court. The poet asked for an explanation of the charge and the magistrate explained that the police sergeant regarded the blocking of traffic by Taylor’s interested audience as offensive behaviour. Taylor read a number of his poems to the court. Selling poems was his only livelihood.

Maitland spinner V. Wright cut a swathe through the gents of the MCC when Northern NSW took on England in cricket at Newcastle Sports Ground. The northerners made 322 in their first innings, with two of their batsmen retired hurt. This was the controversial bodyline series: the injured batsmen were struck by deliberately aimed English deliveries. “None of the local batsmen showed that the English attack possessed any terrors for them, and they stood up to it with courage and determination, whether it was orthodox or leg theory,” the newspaper reported. [“Leg theory” was the polite name for bodyline.]

England got off to a good start in its innings, but the slow left-hand spinner Wright put a stop to its run, taking the wickets of Wyatt, Hobbs, Leyland, Tate and Voce. England finished its first day with 196. The next day Wright took another wicket, bringing his figures for the innings to six for 79 off 24 overs. England scored 254 and the locals made 236 in their second innings. The three-day match was declared a draw.

The Poms were criticised in the press for including in their team their 60-year-old manager and veteran Jack Hobbs, who was touring as a press correspondent. Presumably they were keeping their powder dry for the impending test match.

Hotel employee tried to elope on a foreign sailing ship

When the barmaid ran away with the ship’s mate, but didn’t get far.

Our readers will remember that the American ship Alcatraz took her departure from .this port on Tuesday evening last, and having a favourable breeze, it was fully expected that, by yesterday morning, she would be many miles away. Folks were, therefore, surprised at daylight, to discover her lying close in with the land, with her main topsail to the mast; and the signal for a tugboat flying. Suspecting no less than a mutiny or something equally serious had token place on board, the steam-tugs Paterson and Prince Alfred — the former with a pilot on board — immediately went out to render any assistance that might be required. But the masters soon ascertained that the service of a boat would amply suffice, as all that was necessary was the bringing onshore of a young damsel, lately in the employ of Mr Hubbard, of the Yacht Club Hotel, to meet the ship’s boat. Allured by the superior attractions of the mate of the Alcatraz, she had taken flight with him to that distant happy land where his ship was bound, and where, no doubt, the intention of the pair was to get united in the bonds of matrimony.

Wartime ice rationing caused some inconvenience in Newcastle. The Department of War Organisation of Industry put ice supplies to hospitals as first priority with others in descending order being industries, food distributors, shipping, fishermen, householders and hotels.

Households in the zone where there were no ice deliveries at the weekend had to budget fairly deliberately in buying sufficient meat and other perishable commodities for Saturday and Sunday. According to one suburban butcher some families who usually purchased large joints as well as chops and other odds and ends kept their orders small. One woman said that meat coupons were too valuable to risk on a large quantity of meat without ice in the house. She proposed to hang her meat safe In the fernery and trust to luck. Butter and milk that was liable to sour in the humid weather caused housewives anxiety. Those living near shops overcame the difficulty by purchasing milk in small quantities. The usual two pints from the milkman was reduced to one in many instances. Another pint was purchased at the nearest shop for the evening meal. This procedure is likely to remain in many households until ice production is restored. Cold beer will continue to be served at many Newcastle hotels this week although ice will no longer be delivered. At the more modern type of premises refrigerating systems will ensure cold drinks. Many other hotels that have cooled their beer through ice are attempting to have their supplies kept in chilling rooms. For many years large quantities of beer for Tooheys’ hotels have been kept at Dark’s chilling rooms. Daily or twice daily deliveries are arranged. It is understood there is ample accommodation in these rooms for the storage of beer. Tooth’s brewery has a large chilling room in which incoming stocks are held. Some hotels are arranging for their quotas to be kept here. One hotel-keeper said: “There is no excuse for a publican to sell warm beer. There is plenty of chilling room space in Newcastle. It costs a little extra but the public won’t buy warm beer.”

Theatrical history was made in Singleton on Friday night by the introduction of “theatre on the round” when the Arts Council presented “Corroboree ” and excerpts from modern ballets. The audience was seated on three sides of the cast, who performed on the floor of the pavilion instead of the stage. The company’s manager, Mr. Gordon Horswell, said that it was the first time “theatre on the round” had been tried in Australia. He said that it was becoming popular in America.

Unless the seating is designed for this method it is likely to prove extremely unpopular here. Admittedly the fortunate few in the first row of seats had a better view than they would have had under normal stage presentation seating. But it proved most unsatisfactory for the bulk of the audience.

However, the local branch of the Arts Council had nothing to do with this experiment. It had assumed that the production would be presented from the stage and booking plans were made accordingly. When the company found that the stage was too small Mr. Horswell decided that “theatre on the round” would solve the problem. It did — but it set up others which the usherettes tried valiantly to solve.

This is, perhaps, another reason why Singleton should have a town hall with a large stage. The show itself was an outstanding success. The short classical and Spanish dances drew appreciative applause. The tape recording by the Sydney Symphony Orchestra of “Corroboree” was far from “high fidelity,” but it did not detract from the spectacular performance of the dancers.

The lighting effects were good and costuming excellent. An impressive backdrop of a huge rock was a smaller replica of the one used at the Royal performance at the Tivoli theatre. It was painted by William Constable. The audience showed its appreciation with prolonged and enthusiastic applause when this unusual production ended.

The amazing photograph of the Hinton Wharf collapse