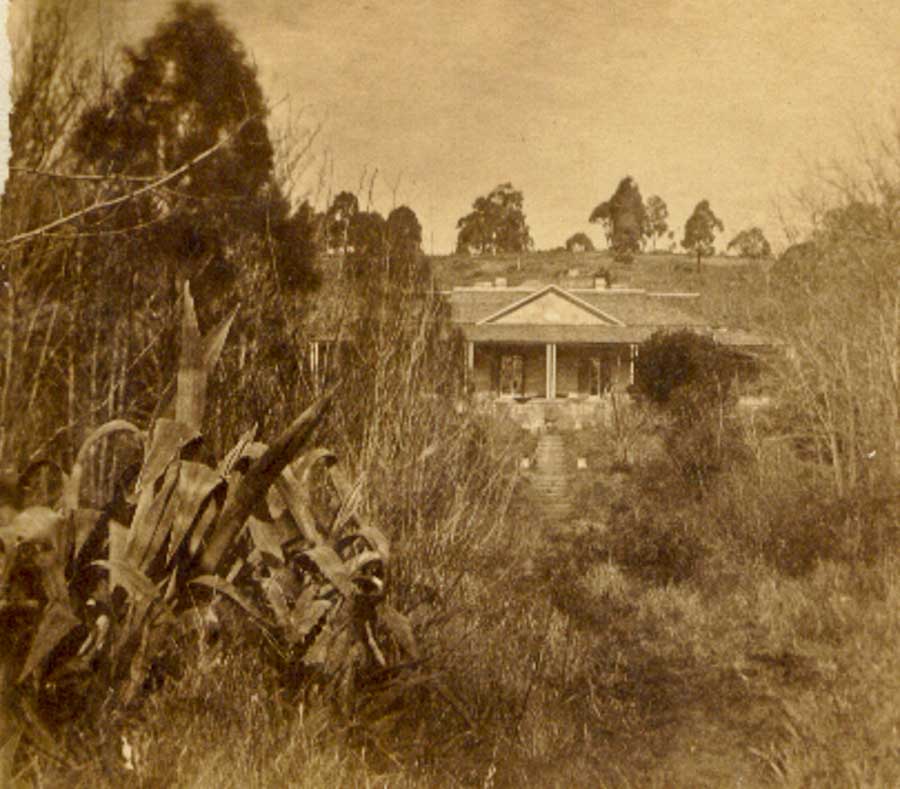 All the images and most of the information in this post were supplied by members of the Docker and Brougham families, via Malcolm Docker.

Among the earliest photographs known to have been made in the Hunter Valley of NSW is a series taken in the far reaches of the upper valley, some of which may have been taken as early as the late 1840s.

These images, produced during the infancy of the science and art of photography, were created by Joseph Docker, a well-to-do settler from England who built a notable home and estate, named Thornthwaite, on his 10,000 acre property near Scone. Among these images is a photograph of a cricket match on the estate, considered to be the earliest photo of a cricket game to be taken in Australia. Indeed, according to NSW State Library photography curator Alan Davies, the image is probably the oldest cricket photo in the world.

Joseph Docker was born in 1802 and came to New South Wales in 1834 as Surgeon Superintendent of the female immigrant ship David Scott. His grant (originally 600 acres) was – according to the family – “virtually set aside for him by his friend John Bingle, who already owned the neighbouring property, Puen Buen”. He was allotted four convicts to work the grant, and held it until 1870 when he sold it to the Finlay family. It passed to the Paspaley family in 1994.

Trained as a surgeon and an apothecary (pharmacist), Joseph was also a reasonably accomplished painter, composer of music (some of it published) and self-taught architect (he designed Thornthwaite himself). He became a justice of the peace, served as a magistrate in Scone, and was appointed to the NSW Legislative council in 1856. (For more information see his entry in The Australian Dictionary of Biography.)

He was evidently very interested in the emerging techniques of photography. He built his own camera, converting an artist’s “camera obscura” box by adding a spectacle lens and a holder for sensitised paper. His first photos used the Fox Talbot method, which employed a paper negative coated with emulsion and sensitised with silver salts. Images produced by this method are known as “calotypes”, and very few of these were ever taken in Australia.

He soon switched to the wet plate method, shipping his plates and chemicals from Sydney to Thornthwaite a few times a year with farm supplies. He experimented with modifications to the wet plate process, for example by using tannin. This allowed the plates to be partially dry when used, which made the process of picture-making somewhat easier, but at the cost of longer exposures. This was acceptable for landscapes and other static subjects. Hence, most of Joseph’s photographs from Thornthwaite are landscapes taken on the “Mombri” (Sparks Creek) and the “Wangamo” (the Dartbrook).

Both Joseph and Ernest were enthusiastic experimenters with stereographic photography, producing hundreds such images during their long amateur careers.

More information about Joseph Docker can be found here.