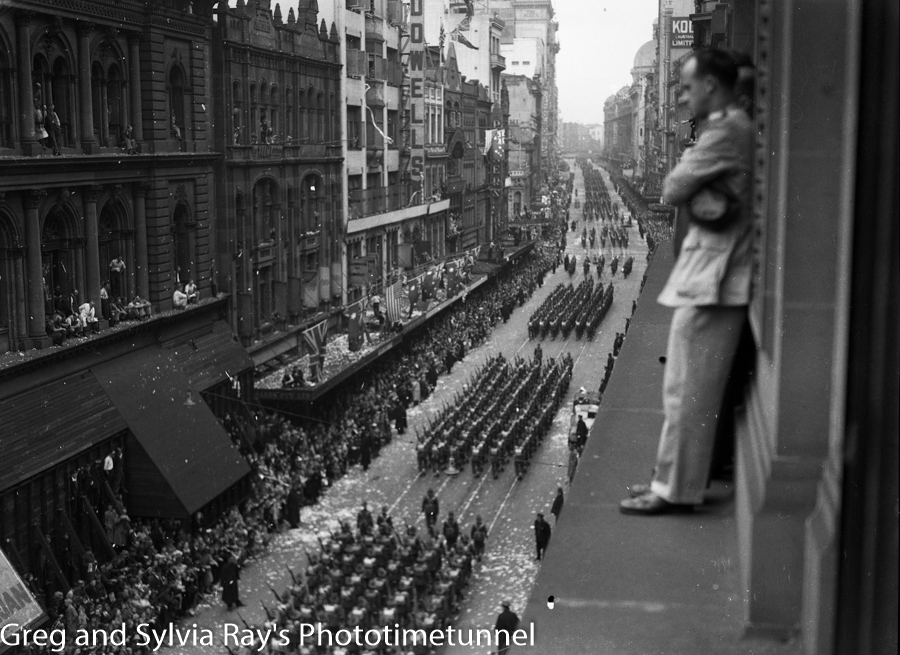 Early in World War 2, Australia wholeheartedly committed the bulk of its fighting forces to help England against Germany. Many people probably saw the war as a re-run of The Great War, and expected most of the action to occur in Europe.

Some feared Japanese aggression, noting that Japan had already been at war in China for some years before Germany made its move in 1939, and that the Japanese had been conducting reconnaissance in the Pacific for some time. But it was generally accepted that the British Empire would always be more than a match for any Japanese attacks, and the fortress of Singapore was believed to be the impregnable key to the security of Australia and New Zealand.

When Singapore fell in February 1942, and the British warships Prince of Wales and Repulse were sunk nearby, the Australian government was shocked to the core. Prime Minister John Curtin had already made his famous appeal to the United States to assist Australia’s defence, and now he began asking his British counterpart Winston Churchill to release Australian troops from service far away to return to Australia’s defence.

Given that a large chunk of Australia’s 8th Division had been made prisoner in the fall of Singapore, Curtin refused Churchill’s demand for the 7th Division – at sea and on its way from the Middle East to the Pacific – to be sent to Burma, instead insisting it be returned to defend Australia. While Churchill tried to persuade the Australian government that the Japanese would not invade Australia and New Zealand, Curtin remained sceptical and nervous.

Ultimately Curtin demanded the return of Australia’s illustrious 9th infantry Division from service in North Africa, further antagonising Churchill, who was keen to keep using the division for his own strategic goals. Churchill reluctantly agreed, and the 9th embarked on the fast liners Queen Mary, Aquitania, Ile de France and Nieuw Amsterdam in January 1943, arriving in Fremantle in February.

Curtin must have been intensely relieved that the ships arrived safely. The troops were granted three weeks’ leave and received welcome home parades in the nation’s capitals before retraining for jungle warfare in the Pacific Theatre.

So important to morale was the arrival home of this famous division of troops that The Newcastle Morning Herald sent a staff photographer to Sydney to cover the parade in that city. The negatives shot by that photographer were among those that made their way into the Ken Magor collection, now owned by Greg and Sylvia Ray.