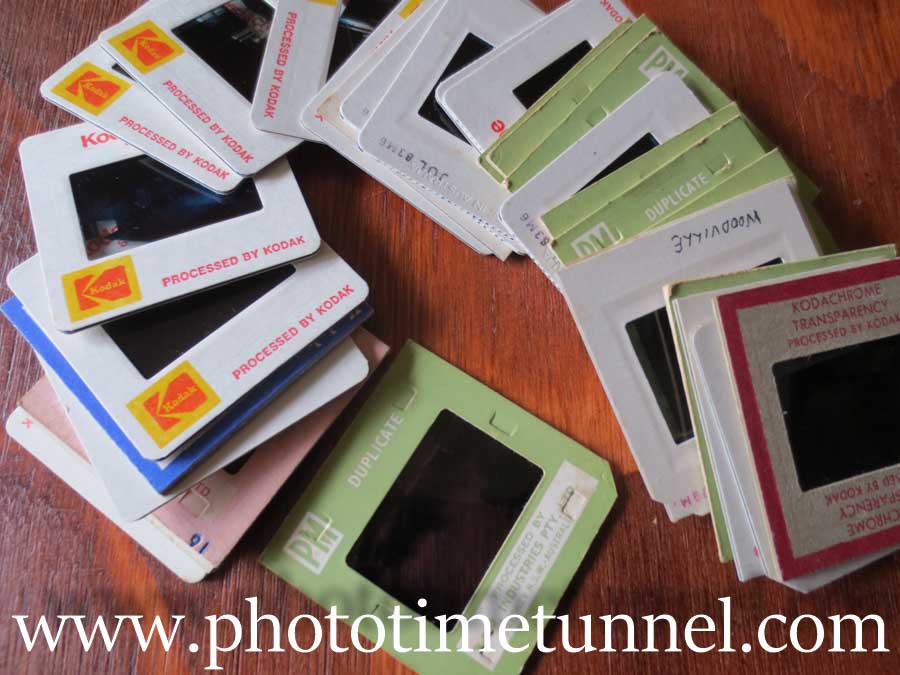 NOT so many years ago the hearty suggestion: “Let’s have a slide night” was often enough to make the whole family groan and to induce friends and relatives to suddenly discover prior pressing engagements. And yet, despite the fearsome reputation of family slideshows as the definitive cure for insomnia, hardly a family was without a slide projector and folding screen, and many amateur photographers in the 1960s, 70s and 80s shot more colour transparencies than negatives on their days out with their cameras. (One reason was that it was cheaper.)

Actually, the slide fashion was an evolutionary step from the earlier era of “magic lanterns”. These box-like projectors (originally lit by candles and later by electricity) projected images from transparent glass slides. Many of these were painted images, but later it became feasible to convert a photographer’s own shots into magic lantern slides.

The drawback was the relative difficulty in converting negatives to positives, then sandwiching the image in two plates of glass.These drawbacks were overcome in the great democratisation of photography that followed the end of World War II. Ultimately, family snapshots switched from black and white to colour and most people settled on the popular 35-millimetre roll-film format.

From there it was an easy skip from negative film and standard prints for family albums to positive film and cardboard-mounted slides for projection onto the living room wall.
All manner of slide projectors were made, evolving from simple, single-slide units to complicated machines with carousel magazines and remote controls.

Home slideshows had the reputation for being daggy Dad productions, complete with special novelty title slides to separate subjects: keeping “our last holiday” apart from “our cute kids at their best”.

In the same way that entrepreneurial pornographers earlier took advantage of stereographs and later of Super-8 film, they saw the luminous colour possibilities of slideshows and marketed products accordingly – mailed to customers in plain brown envelopes.

Slides and home slideshows had their heyday in the 1960s and 1970s, but all this was made redundant, virtually overnight, by computers and digital projectors. Nowadays, most people regard their old slide projectors as curiosities or paperweights. As for the slides, vast numbers have been thrown to landfill. In many cases a particular tragedy has struck. The marketing of basic slide and film scanners that plug directly into home computers has made it possible for people to quickly and simply digitise their slide collections. Unfortunately for posterity the scans produced by the early versions of these basic devices were often low-resolution and the scanners usually lacked the capacity to correct for the colour-casts caused by deterioration of the transparencies over time.

Many people, having scanned their slide collections, have thrown away the originals, patting themselves on the back for saving space in their wardrobes. If you haven’t already done this, my advice is: Don’t! It is heartbreaking to see a collection of wonderful images on a computer and to be told they they exist only in low-res form and that the original slides have gone to landfill, removing any chance of getting better versions for printing.

If you must downsize, then choose carefully the slides that are to be discarded. If in doubt, keep those originals. Scanning technology has improved so rapidly that very respectable digital copies can now be made from even quite poor transparencies, and there is every reason to suppose still more improvements may be on the way.

A good solid scanner that will produce professional results is the Epson Perfection V800, which comes with very respectable software capable of extremely high resolution scanning and able to correct for colour shifts. No doubt there are others, but I can personally vouch for the Epson product, having owned two and practically worn them out.

Our book, Newcastle Slideshow, was produced entirely from slides scanned at home.