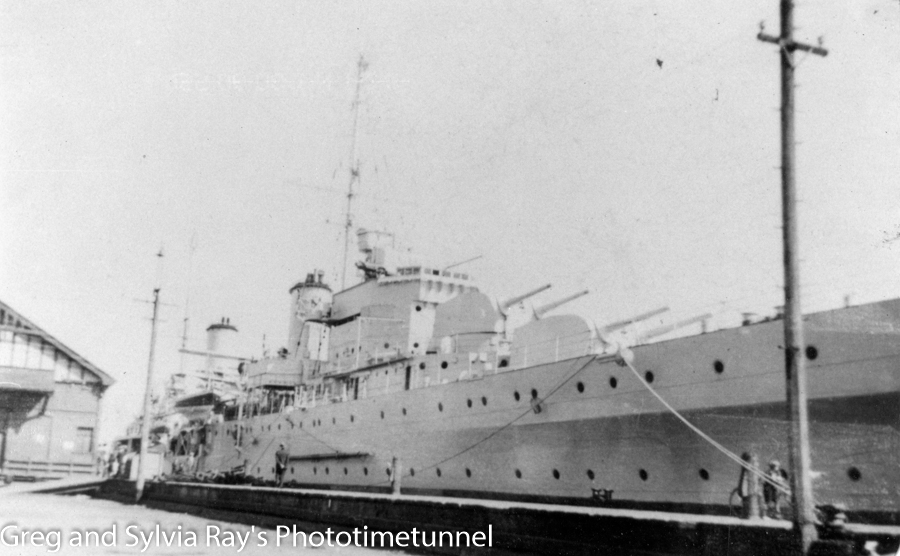 The second HMAS Sydney only visited Newcastle once, between September 10 and 13, 1938. More than 10,000 people visited the ship during the three hours it was open on September 11.

The Newcastle Morning Herald reported that, despite chilly weather, hundreds of people queued to board the ship, with up to 3000 aboard at a time. People were especially interested in the silver and blue seaplane, perched on the top deck.

The Sydney was due to participate, with the Canberra and the Voyager, in combined military, naval and air force manoeuvres off Port Stephens on October 6 and 7.

The famous and controversial British-built light cruiser was to distinguish itself in action in the Mediterranean in 1940 before being lost with all hands in November, 1941, in a mutually destructive action against the German disguised raider Kormoran, off the coast of Western Australia.

Tintypes: oddities in the family album