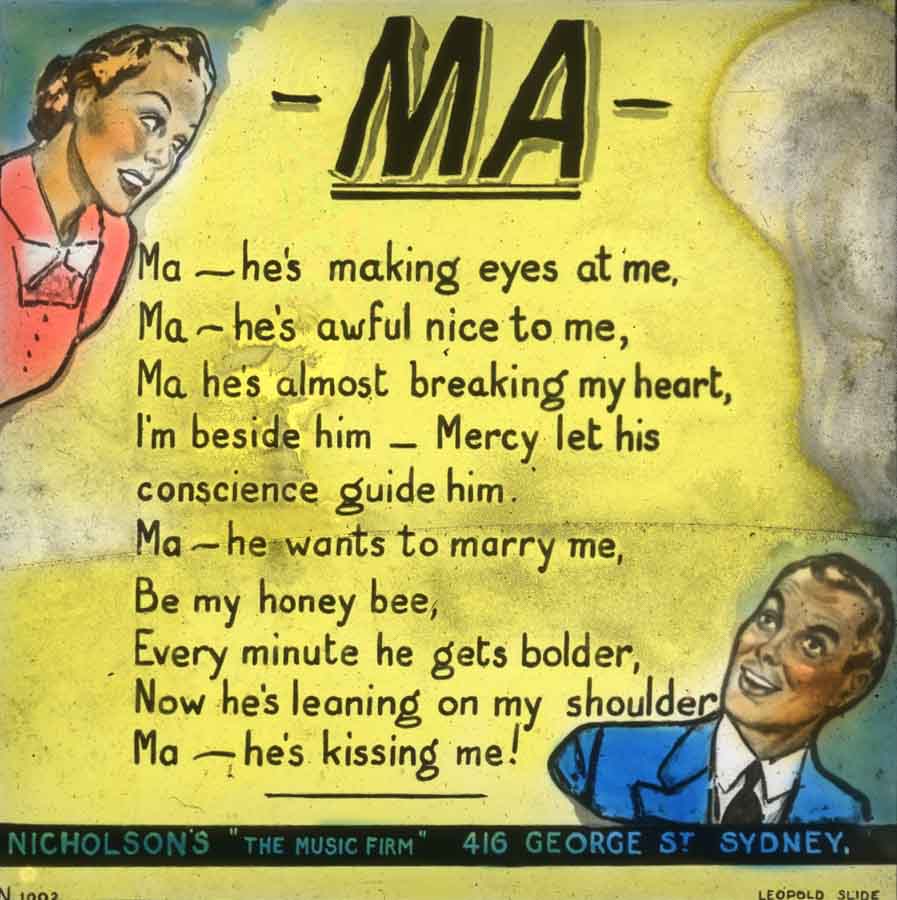 Some years ago I was given the chance to scan some magic lantern slides that had been used for advertising in cinemas in the Newcastle area. Dates varied, but many appeared to be from the 1940s, including from the years of World War II.

Among the advertising slides were many that bore simplified lyrics of song choruses, and I was surprised to learn that these were used in popular community singing events. Hundreds of people came to some of the local cinemas ready to sit and sing along to popular tunes. Usually a pianist and possibly some other musicians were present to provide the accompaniment.

It wasn’t just cinemas, but community halls that hosted these events, and although magic lantern projectors might have been available at some, others might have relied on printed songbooks. Over the years I’ve collected some old songbooks – from the early 20th century until perhaps the 1960s.

During the war years the songs were a mix of the patriotic and the sentimental, and they were clearly part of a wider effort to maintain and lift morale.

I have spoken to some people who participated in community singing, and they all told me they enjoyed the experience.

An interesting article about community singing can be found here:

Thanks to Len Grant for allowing me to scan these slides.