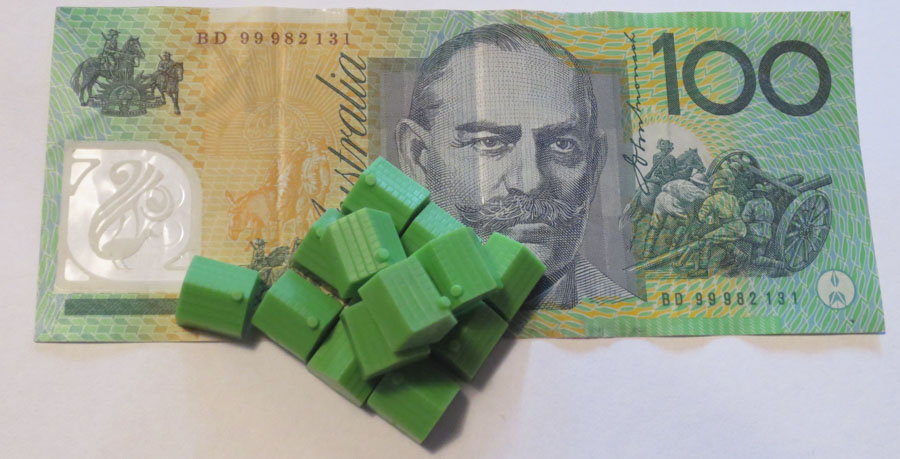 When will we be finished paying for the Global Financial Crisis?

Or, more to the point, when will our children and their children be finished paying? I’m not sure what the answer is, but I imagine it will be a long time in the future.

When the finance industry detonated the world economy back in the noughties, we were immediately told that the institutions and corporations who made this happen had to be bailed out. This was because they were “too big to fail”. While it was true that it was all their fault, and that the actions that led to the disaster were negligent, criminal and stupid, there was no point holding them to account. It wasn’t explained why there was no point, but I assumed it was because they were important political donors with a lot of power.

Remember how central banks across the world dropped interest rates rapidly to near-zero and, in some cases, below zero? That was to “stimulate the economy” by making saving money so pointless that people would spend their cash instead. And also to reduce the price of money so that people would borrow tons of the stuff and buy something better.

Except the vandals who blew up the world economy had done such an extreme job of it that the central banks reckoned it wasn’t possible to lower interest rates enough. They turned to a thing called “quantitative easing”, which is like printing heaps of fresh new money and handing it out to people, only different.

To quote the website of the Bank of England on this topic:

“When the global recession took hold in late 2008, we quickly lowered Bank Rate from 5% to 0.5% to support the UK’s economic recovery. Lower interest rates mean it’s cheaper for households and businesses to borrow money – which encourages them to spend and invest, whether that’s a family buying a new car or a company wanting to build a new factory. But there’s a limit to how low interest rates can go. So when we needed to act to boost the economy, we turned to another method of doing so: we introduced quantitative easing.

“Suppose we buy £1 million of government bonds from a pension fund. In place of the bonds, the pension fund now has £1 million in money. Rather than hold on to this money, it might invest it in financial assets, such as shares, that give it a higher return. And when demand for financial assets is high, with more people wanting to buy them, the value of these assets increases. This makes businesses and households holding shares wealthier – making them more likely to spend more, boosting economic activity.”

That’s why the sharemarket has gone off like a rocket, even though lots of the companies that issued the shares aren’t necessarily performing very well. All that new money needs a home, because just saving it is pointless, as we noted earlier.

And I guess you have noticed that real estate prices are going through the roof? If you or your children are trying to buy a place to live you will surely have observed this. The price of a very ordinary house which might, before the finance industry blew up the world economy, have cost two or three times the annual income of an average person, has risen to eight, nine or ten times that annual income. Given that wages are not rising much, if at all, for most people, this means the time it will take to repay a home loan has increased dramatically.

You will hear central banks and politicians claiming that inflation is low. But they are only talking about the prices of things like television sets and shoes not rising very fast. They then pat themselves on the back and explain how this is good news for the average person, since their cost of living isn’t rising too fast.

Except it isn’t true, is it? It might be OK if you already own a house. You might even be pleased to think that the rising market value of the house you live in makes you wealthier than you were before. But if you aren’t already a property owner, things look quite different. You can see that prices in some markets seem to rising almost by the month, and when you borrow – even though interest rates are low – your repayments will take up so much of your income that you won’t have much left for anything else.

Same effect if you are renting. Investors don’t want money sitting in bank accounts losing value hand-over-fist, so they buy assets – often real estate. If they spend a lot buying a property they want to charge as much rent as they can to make their investment worthwhile, so tenants are obliged to fork over larger portions of their income, leaving less for everything else.

Effectively, by my crude analysis, people wanting to buy or rent homes for the basic purpose of shelter are being forced to pay for the lingering effects of the Global Financial Crisis.

They aren’t the only ones, of course. People with savings pay too. They saved money they earned when that money had a certain amount of purchasing power as measured against the market price of assets. But now, since the price of those same assets has soared their money is worth less than it was. Not only that, they aren’t getting paid any worthwhile interest on their savings, which is making the value of those savings drop even faster. And hanging over their heads is the risk that, next time the “too-big-to-fail banks” are in strife, any savings they might have in those banks might be “bailed-in”. Governments around the world have made it clear that they can’t afford another bail out (no idea when we will finish paying for this one), so next time it’s going to be a bail-in, with the risk that savings will be converted into shares in any failed banks that have to be financially reconstructed.

Meanwhile, there are other losers from the quantitative easing money-go-round. If home buyers and renters didn’t have to spend so much money on repayments and rent they’d have spent more money in other parts of the economy. Instead of helping keep the real economy ticking over and keeping other people in jobs, most of their income is keeping the financial institutions happy by providing them with an endless income stream and pumping up the value of the assets on their balance sheets. The banks love this, of course, since their business model is all about expanding lending, expanding profits and expanding the value of the assets they have loaned money against. Which is why they are keen on the idea of a basic human need like shelter being treated as an investment product, why they love tax breaks for property investors, why they love foreign buyers being allowed into the marketplace and why the government is trying to again relax responsible lending rules.

The banks would like to lend money to people with a questionable ability to repay it because, frankly, the banks can’t really lose. They get the repayments for as long as the borrowers can last the distance, and when they fail the banks get to repossess the properties and sell them to recoup their irresponsibly made debts.

And of course, the influx of extra borrowers – those now barred from loans thanks to the responsible lending rules – will pump up prices yet again (which is the whole idea).

Where does it end? In poverty for many, I suspect.

Icing on a badly made political cake

Our troubles with midazolam: a story of death, dying and a powerful drug