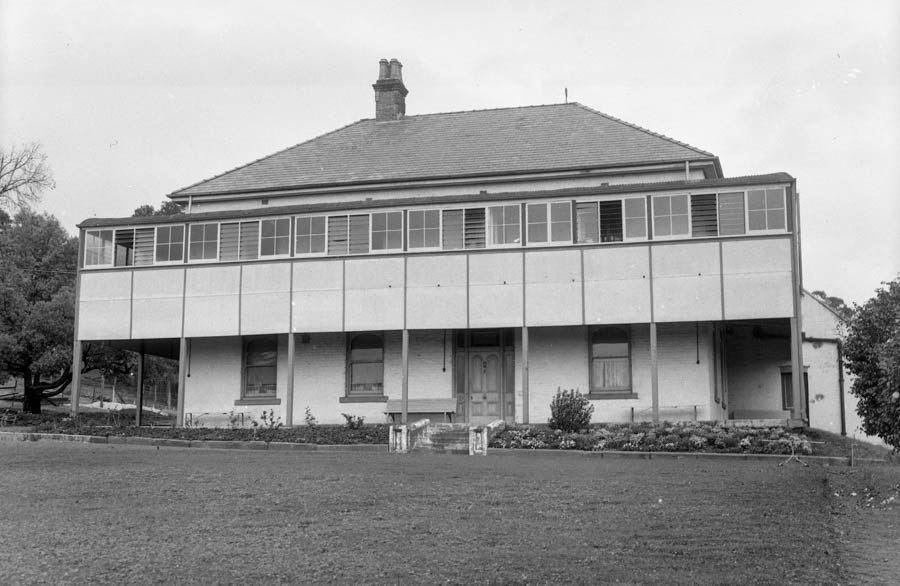 While scanning some negatives taken in the late 1940s by former Newcastle press photographer Milton Merrilees, I struck a batch labelled “Woodlands” and “Ellimatta”.

Having grown up in South Wallsend I was familiar with Woodlands as a home for boys. I recall meeting some of the boys who lived there, either through soccer or school. I had never heard of Ellimatta, but quickly discovered that it was a home for girls, run by the same organisation that operated Woodlands. This organisation was the United Protestant Association, launched by Thomas Agst in the mid-1940s. He and his wife Rosetta lived in Grafton and in 1938 they took seven young children into their home, adding to their existing family of two children. The couple quickly realised that such large-scale caring needed more resources than they had at hand, and they started the UPA to fill the demand.

The UPA grew rapidly across NSW and it took over Woodlands, a former colliery manager’s house, in 1944. It was a time of wartime austerity, and Woodlands’ 8-acre grounds were used to grow food and raise poultry, both to feed its residents and to raise funds for their upkeep. To begin with Woodlands housed both boys and girls, but the girls were moved to Ellimatta, at Maitland, which was bought by the UPA in 1945.

I surmise that Milton Merrilees – a staunch Methodist – was asked by the UPA to take some photos for possible promotional use. My first action was to ask the late photographer’s family’s permission to share the photos with Newcastle University’s archives, and it was understood that they would be further shared with the “Find and Connect” organisation which helps former residents of homes of this type, and their families, recover records of relevance to them.

I have hesitated to expose the photos to a wide audience in case they triggered potentially unhappy memories for some people, but on reflection – given that most of the youngsters in the photos who are still alive today would be in their 70s and 80s – I think it is not unreasonable to share the images in the hope that they might fill some gaps in the stories of their lives and for the children and grandchildren of those depicted.

What helped me decide this was the recent discovery that my grandfather spent most of his teenage years in a home for boys at Mittagong, where he was sent when his parents separated and neither felt they had the resources to care for him. I know I would be thrilled to discover photos of him during his youth at this home, even if it were to emerge that his time there was not entirely happy.

I am aware that inquiries over the years into the conduct of the Mittagong home where my grandfather stayed revealed poor practices and abuse and I am sorry to note that similar and perhaps worse things happened at Woodlands and Ellimatta, at least during some periods of their operation. Indeed, in 2013 the UPA was obliged to issue an apology and to pay reparations to some people who suffered abuse while in its care at during the 1970s.

Woodlands appears to have stopped being a home for boys in 1981, Ellimatta stopped being a girls’ home in 1982 and the UPA now confines most of its activities to aged care.

In the 1990s the booklet A Glimpse at Woodlands was published. It contains a handful of first-person accounts of growing up in the home in the 1940s and 1950s. It certainly sounds like a spartan upbringing, but when I consider my parents’ stories of growing up with their own families in the 1940s it probably wasn’t out of the ordinary in that respect. The stories are poignant and worth reading. I have taken the very great liberty of scanning the booklet and you can read it or download it by clicking this link.

If any former residents of Woodlands or Ellimatta, or their descendants, would like copies of these and the other photos in the series, I can be reached through this website and will be glad to provide them gratis.