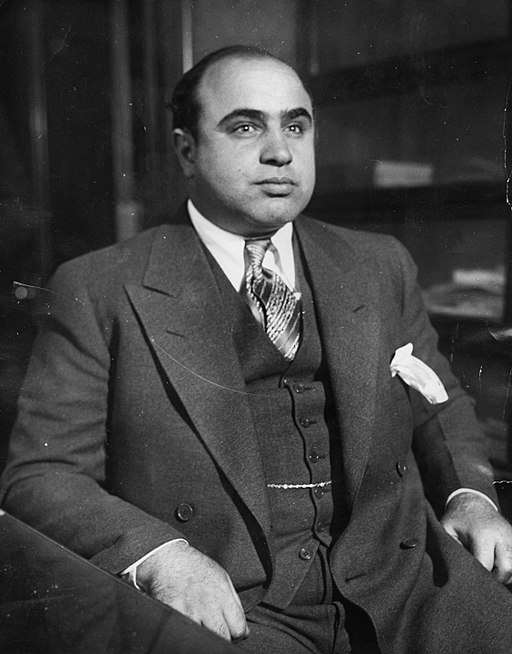 For some reason, I sometimes dream about the mafia.

Or, at least, I dream about having dealings with criminal organisations. They are always upsetting dreams, and when I come to think about them later I wonder what point my subconscious mind is trying to make about my life, and my interactions with society and “the system”.

Here are some examples of my mafia dreams:

In this dream I was a small business person, making some kind of product that I had agreed to supply to the mafia. The big mafia bosses were putting on a dinner for their various suppliers and business contacts and when I turned up they treated me, ironically and condescendingly, with some degree of exaggerated respect. After a bit of this kind of treatment, which I had no real choice but to tolerate, they asked me what I thought of the food laid on at the dinner. It was a seafood banquet and the food was great. I said I loved it, but then I made some slight criticism of some small element.

The mafia people treated my tiny criticism with incredible seriousness, like they were upset that it wasn’t 100 per cent to my liking. The guy who had asked me for my opinion made a big show of summoning the seafood supplier and shot him dead right in front of me.

Actually the situation was that the supplier had been cheating the mafia people in his dealings and, although he thought they didn’t realise, they had been well aware for some time. It turned out they were going to kill him anyway. But for some reason they decided to make me feel guilt and responsibility for what they were always going to do, even though it really had nothing to do with anything I had said or done.

Then a big guy came looking for me to interrogate me about whatever product I was supplying. I knew I was supposed to be afraid. I looked right into his blank eyes and said he might as well choke me to death. He grabbed me by the throat, making a joke of it, but let me go, seemingly disappointed at something.

In this dream, once again I was working for some mafia guys. I was one of their reliable contractors and I knew they liked the work I did for them. (It wasn’t anything sinister. Just some honest contract work). One of the Mr Bigs of the mafia offended me in some way and I criticised him in front of other minions, ultimately telling him to “get fucked”. I knew it was risky to say that and I wondered what would happen to me. On the other hand I felt I had value to his organisation, so it was a gamble, in a way. The guy did nothing to me, except to show that he was angry. The other minions, who seemed to know him better, were obviously frightened. He walked among them and shot two of them dead. That was my punishment, and it hurt me very deeply. I was also extremely resentful about the way he had contrived to make me feel so guilty. It was his way of bringing me into line, and it worked.

Now that I look at it, it seems the biggest theme of these dreams is guilt, and about being resentful of having guilt forced onto me by the actions of other people, as a means of controlling and manipulating me into doing what others want. In the first dream I saw through the mafia plan to make me guilty over something that really had nothing to do with me. I wasn’t afraid of what they might do to me. I knew they could kill me any time they wanted, and I was resigned to that. They were disappointed that I didn’t fear them, and my conscience was clear. I was angry with them for trying to manipulate me in such a horrible way.

In the second dream my lack of fear for myself – or my calculated gamble – was used against me – and defeated me – by making me feel responsible for the deaths of two other people. Clearly, if I had not insulted the mafia guy he would not have killed the other people. But I struggle with this. Was it really my fault? Is the message of the dream that I can’t afford to always be taking the blame for bad things that other people choose to do, even if they are designed to manipulate me? Or is it that I need to moderate my behaviour and hide my true feelings in order to shield third parties from possible retribution?

My most recent mafia dream found me working as a minor errand-boy for a criminal organisation. Oddly, it wasn’t clear in the dream whether I was an old man or a young boy. Somehow I was both, or either, but in any case I was a person of reduced capacity. I was at a hillside village where a meeting of the organisation’s bosses was being held. They were all seated at tables just below the road and buildings on the hill-crest, feasting and no doubt discussing business. I was up in the street when two tanker trucks arrived. They didn’t arouse anybody’s suspicions but I knew they belonged to a rival organisation and when some taps at the back of one of the tankers were opened and a dark liquid started running onto the road I knew something big was about to happen. My only thought was to get away from the confrontation. I felt no loyalty to either side. On the opposite side of the road from where the bosses were meeting, behind the houses and shops, the hill sloped away back towards my home. But when I tried to start travelling overland in that direction I realised the hills were far too steep and dangerous for me. After some time spent studying the landscape and thinking about my situation, I carefully returned to the village on the hill, expecting to be caught and given a bad time by somebody from either side. In fact, nothing happened. Some of the women in the village spoke to me and offered me some food. I realised with relief that I was actually so insignificant in the scheme of things that nobody of importance cared about me, one way or the other.

The Parable of the Talents