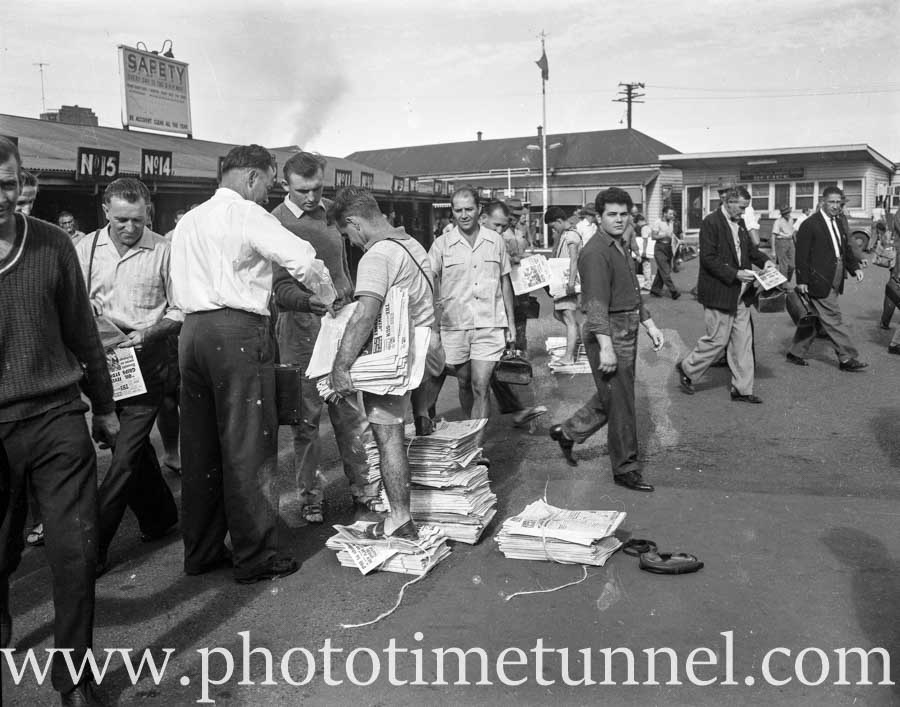 HAVING spent decades working in the newspaper industry, I flatter myself that I have learnt how to read newspapers.

I don’t mean just reading them: I mean really READING them, which is a different thing. You see, I have come to understand that the news isn’t what I once thought it was. Long ago I thought the daily news was a reasonably accurate account of important events in the world around us, brought to us by professionals who were bound by their ethics to quarantine their personal biases.

What is emphasized? What is ignored?

I soon discovered that was at best an oversimplification and at worst a complete misapprehension. Yes, some journalists try to keep their own biases out of their reporting, although very few really achieve this. Most end up being biased in a variety of ways, either through their crusading impulse to “right wrongs” (as they see them, of course) or by taking the line of least resistance in this tough old world and falling in with the narrative preferred by the establishment.

It doesn’t take long for cub reporters to notice which stories get good display coverage in early pages, and which get cut to a few pars on a back page. It doesn’t take long to notice that having your name associated with certain slants on events and people can be better for your career and promotion prospects than having it connected to others.

In all honesty, I worked at a relatively enlightened newspaper, where the commercial and ideological pressures on writers were really very muted, most of the time. But even there, from time to time, it was possible to detect a sense that some stories were bigger than the facts that surrounded them.

As an insider to reporting, it’s easy to notice things about the work produced by your immediate colleagues, and then to make inferences about the work of journalists at other papers. You can see when a reporter has chosen to quote some people and to avoid others. Or when they have chosen certain quotes while leaving other comments unreported. You can judge their slant by the lead they chose to put on the story, by whether or not they elected to ignore other available material, or perhaps cherry-picked the bits that supported their line.

Bias is a fact of life

Once you get used to reading bias in the work of reporters, you can see it easily in particular newspapers. Does a paper routinely gloss over the most awful misdeeds or errors of judgement by those whose interests it is promoting, while at the same time inflating tiny errors or alleged errors by others against whom its editorial line is set?

A good way to gain a handle on this is to put two papers side by side and study the ways they portray a particular story. Naturally there are many stories that don’t have a political or ideological slant at all, and you will find these are handled similarly by all mastheads, unless one gains a special “scoop”, in which case this will be driven hard as a marketing point.

But where politics, money and power are strongly concerned in a story, big differences may be seen. I admit these days the coverage is converging, as wealth and power become ever more concentrated and the combined weight of penalties and incentives (some subtle, some not so much) that can be brought to bear on media outlets tend to corral all reportage into the same corner.

These days READING newspapers is an ingrained habit for me. Every time I pick up a paper or even open an email digest of selected headlines I find myself analysing the agenda of the reporters and the outlets concerned. In recent times I must admit the exercise has become less challenging but more frustrating as the biases and agendas have become less concealed and more blatant.

What I am describing is applicable to any media outlet, but the easiest subject for examination is the Murdoch media empire. This stable of outlets has long been the stand-out for what some might call a “pro-establishment” bias. If that term has any meaning, it is – I think – a bias in favour of the interests of the most wealthy and powerful in society.

The “mainstream” is getting very narrow

When I was learning to READ newspapers, the task of learning was probably easier than it is now, since the range of voices and biases in what we like to call the “mainstream” was wider than today. That made it simpler to compare and contrast the coverage of stories and to analyse the reasons for the differences. Today, the mainstream is actually very narrow, and getting narrower all the time as those with money and power who want issues framed only in terms that suit them increase their control over the way stories are told. Or whether they are told at all.

As a READER of news it is important, I believe, to constantly review your own biases and to ask yourself whether you might perhaps have become blinded by habitual beliefs to real merits that might exist in the narratives promoted by writers and outlets you might have come to see as hopelessly compromised.

Is there a chance, for example, that “trickle down” economics might actually work? This argument is constantly promoted by the media outlets that work in favour of the rich and powerful. I think it is important not to discard the idea out of hand, but to seek out evidence for or against. I’ve done this, and concluded that simply diverting more funds to the wealthy does not create any benefits for the less wealthy and that, in fact, it harms the interests of everybody except the rich.

But that is only one example, and it is vital to keep an open mind on all the topics that the media outlets choose to put on the agenda.

Now that the tax-cut debate has been won, partly on the basis of an implied promise of “trickle down” benefits,  the next item on the agenda appears to be more anti-union laws. The groundwork has been laid with some articles about apparently bad union officials. And it would appear that in a number of instances, the union movement is actively helping its opponents. For example by allegedly striking deals with major employers that deliver sub-standard outcomes for union members in return for benefits to some unions and perhaps to some of their leaders. For example by having allowed themselves to appear complacent and disinterested in the concerns of some members. Such mistakes may soon prove to have far-reaching negative consequences for the unions.

It is clear that the wealthy corporates believe their interests will be served by removing as much power as possible from those who supply the costly labour input to the enterprises the corporates own. Busting unions is the obvious first line, as it has been for many decades.

Hence Murdoch’s The Australian is today giving prominence to business leaders urging industrial relations reform to “help the ailing economy”. This is an assertion that deserves to be closely considered, and not just accepted as truth on the basis of press coverage.

It is clear that, more than ever, people need to learn to READ their news, and to understand what it is, and what it isn’t. Their own best interests directly depend on their ability to acquire and exercise this important skill.