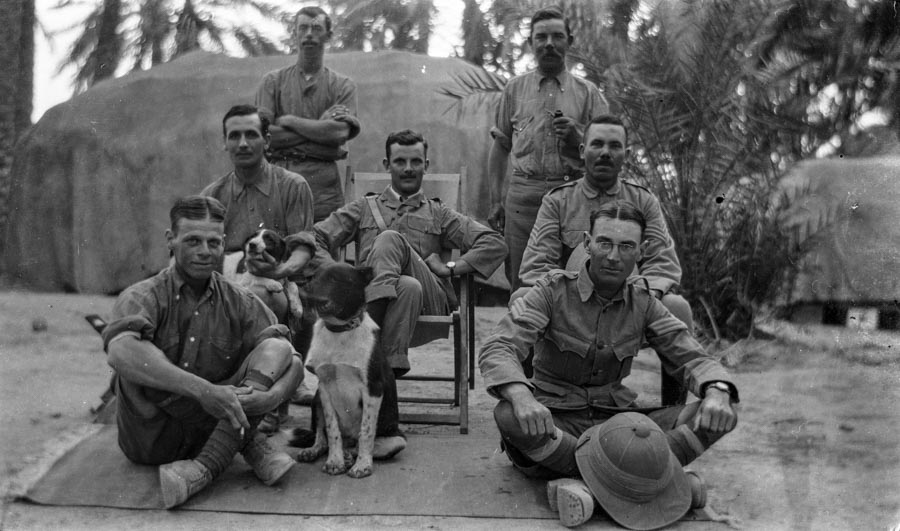 Part of the pleasure of collecting old photographs and negatives is the challenge of trying to reunite stray pictures and collections with their stories – as far as it is possible. This collection of negatives was bought at an antique fair in the Hunter Valley some years ago and sadly was accompanied by no information. I quickly ascertained that it came from a person who had been involved in the Mesopotamian campaign of The Great War. This was clear because some of the negatives were actually labelled as Kut el Amara, 1917. This was the scene of one of Britain’s worst defeats of the war, at the hands of Turkish forces, but by 1917 the town had been recaptured by the British. Over time, as I have examined the pictures closely, I’ve been able to identify some of them as Adelaide, probably at the war’s end. Thanks to the internet, it is possible to quickly cross-reference visible clues, such as street names and business advertising. With some effort I’ve been able to ascertain that the soldier’s wartime journey probably began in India, probably as part of the British Indian forces that played such a major role in the Mesopotamian campaign – a military effort designed to safeguard British oil interests in the area now known as Iraq. He seems to have travelled via Singapore to the Middle East, and among the identifiable scenes are some of Baghdad. The identity of the person – probably an officer with links to Adelaide – is not known to me, but I live in hope I may one day find out.

Clangers. Some of my printed errors.