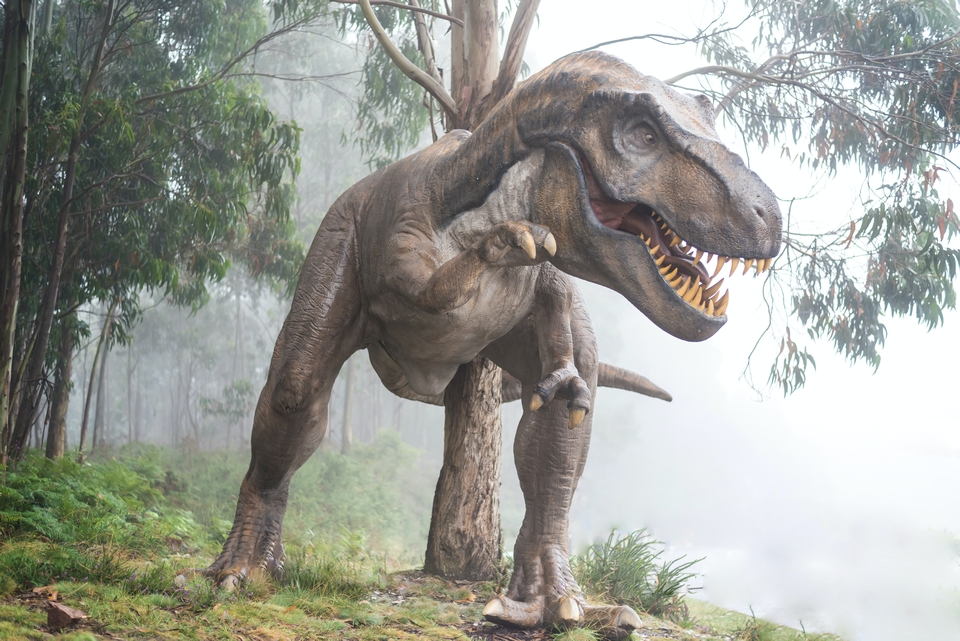 Image by Fausto Garcia-Menendez on Unsplash

Did dinosaurs sing? Probably not, I guess. Maybe they just hissed and growled and roared as movie makers have mostly proposed. But then again, what if they whistled or made bird noises? As bird ancestors maybe that’s possible. At any rate I often wonder about the soundscape of the world during the long era of the biggish reptiles. It’s not really something you can get from fossils.

And as soon as I finish wondering that, I start imagining future explorers wandering around a fossil planet Earth and trying to make sense of what they find. If it happens that I’m imagining this whilst listening to birds, then I feel a bit sorry that those future visitors because I suppose that, even if they find traces of the existence of birds, they won’t have any way of knowing what they sounded like.

Where I live I can sometimes wake up to the sounds of kookaburras “laughing”, of butcher birds’ lovely complex melodies, of angry annoying noisy miners, of squawking parrots or carolling currawongs. I feel privileged to be able to hear them, and it makes me think of the moment I’m in and what an island in the immensity of time that moment is.

It’s nice, sometimes anyway, to let myself be immersed in the soundscape of the moment. It might be a running river and cicadas, or rain on a tin roof or sometimes even traffic. And again, it makes me think of all the soundscapes of times and places in the past. The sounds that in the past were perhaps common but are now seldom heard. When traffic noise, for example, meant the sounds of horses hoofs and the rolling wheels of wagons and carts and when engine sounds couldn’t even be imagined.

Traffic doesn’t delight me, of course. I can sometimes pretend the noise of passing cars is the sound of a rushing river, though that is a long stretch (makes me think of the Doors lyric: “Cars hiss by my window like the waves down at the beach . . . “). Mostly traffic noise makes me feel like I’m being digested in the belly of the giant beast of commerce, listening to the beast’s stomach growling as it consumes its various fuels. But, since it is very much a signature sound of our era I pay attention, imagining that perhaps very soon it won’t be.

The sounds of telephones ringing are sounds of today, but also our relatively immediate yesterday. It wasn’t long ago that phones really rang like bells, summoning the household to attend. Now that’s a retro ringtone on a mobile phone and the pinging of messages from the pockets and handbags of our companions is a new ubiquitous background sound.

Recorded music and the sounds of television, radio or their successors on the internet are part of the soundscape of our lives; taken for granted but unimaginable for most of the generations of humans who came before us. In many homes the voices and sounds from these devices are a constant: restless and stressful to some, but companionable and friendly to others.

Soundscapes surround us and occupy our ears and brains. They matter a lot, I think as I sit here in the belly of the always-hungry beast, wondering whether dinosaurs sang like birds.

Not surprisingly, perhaps, scientists are hard at work trying to figure out what dinosaurs really did sound like. Seems they probably didn’t sing like birds.

Why I’m a nuclear skeptic

In the tracks of Tom Pritchell, bush horseman