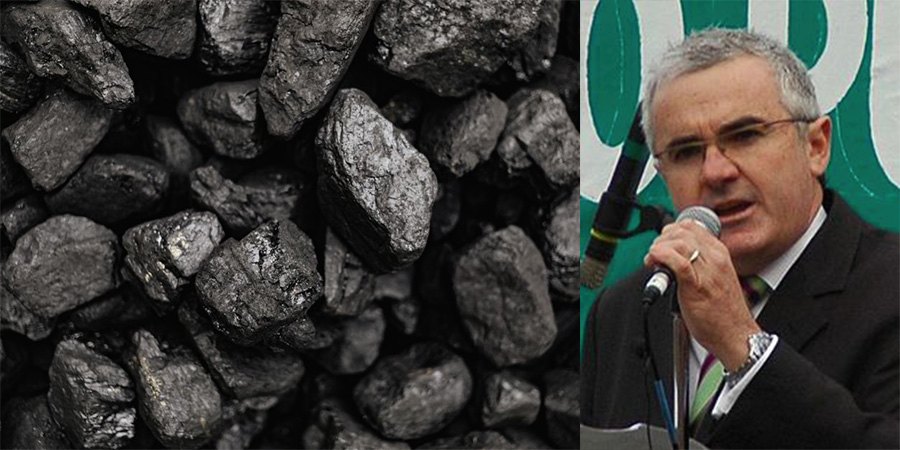 A friend of mine had a job once at a grain silo in western NSW, testing wheat for its gluten content. Farmers were paid according to the gluten content of the grain, so the results he got from grinding and analysing his test portion were very important to them. Some farmers, my friend said, offered him bribes of alcohol and other presents to falsify his test results. Needless to say, he refused.

Not unlike a story that resurfaced this week, when independent MP Andrew Wilkie accused the multinational corporations that run Australia’s export coal industry of behaving like the naughty farmers mentioned above.

According to Wilkie, he has reams of documentary evidence spanning years, proving collusion – between the big miners, test labs and some players in the world of corporate accounting and finance – to boost profits for the cheating companies. Coals ain’t coals, you see, with the value of the black rock varying markedly depending on impurities like sulphur, moisture etc. That’s why certificates from “independent” test labs are so important: the right numbers on those certificates can make a big difference to the sale price. It’s also easy to see how tempting it might be for unscrupulous corporations to bribe, threaten or pressure labs and lab workers to produce helpful numbers on their certificates.

This story isn’t new, incidentally. The same allegations hit the headlines in 2020 when police and the Australian Securities and Investments Commission were called in to investigate allegations that test results were “manually amended” to make Australian coal exports appear to have higher energy content and therefore higher dollar value. The authorities took no action, surprise surprise.

It is no big surprise, however, that it has taken an independent MP to raise the ongoing issue. I cannot imagine too many major party politicians risking their necks by poking sticks at the all-powerful King Coal. Author Naomi Klein famously wrote of Australia that you can’t tell where the coal industry ends and the federal government begins. She was right, and every politician knows it.

Wilkie said this week: “coal companies operating in Australia are using fraudulent quality reports for their exports and paying bribes to representatives of their overseas customers to keep the whole scam secret. And this has allowed them to claim for years that Australian coal is cleaner than it is in order to boost profits and prevent the rejection of shipments at their destination”. He is demanding a parliamentary inquiry, noting that other authorities have known of the scam for years but have strangely failed to act.

Are we shocked? Can we believe mining corporations would lie? The same corporations that dodge taxes through all sorts of cunning tricks, that threaten to bring down governments that don’t do their bidding, that falsify data in environmental impact statements, that bully and harass landowners and that lie about job numbers? The ones that eventually find ways to leave huge holes in the ground, saline rivers, broken aquifers, ruined landscapes and other messes for everybody else to clean up? Yep. Them.

I wonder whether Wilkie will be able to force an inquiry? You can bet there’ll be a lot of pressure on the party animals to shut it down and keep ignoring King Coal’s scam.

Of course the mining companies are to the fore in efforts to undermine (lol) the Albanese Government’s workplace reforms. Yes, those reforms are aimed at giving employees back a bit of the bargaining power that has been systematically removed from them during years of Coalition government. See the linked piece below in Pearls and Irritations to read the nonsense the miners are spouting.

I heard the ABC reporting this week on Albanese’s comment that some people and organisations are “ideologically opposed” to any proposals to improve the pay and conditions of employees. Quite apart from the fact that the reporting seemed almost to present the comments as a “gotcha” – implying there was something indiscreet or foolish about them – it was the PM’s use of the word “ideological” that struck me most. I disagree that this opposition is ideological. That would imply there is some reasoned rationale behind the opposition when the fact it, it’s only corporate greed. It is very well-known and acknowledged that the lion’s share of increased productivity in Australia in recent years has flowed to investors and corporate executives (many of them overseas). There is a strong argument for directing a bit more to workers. Endlessly increasing social inequality is not ideology. It’s stupidity.