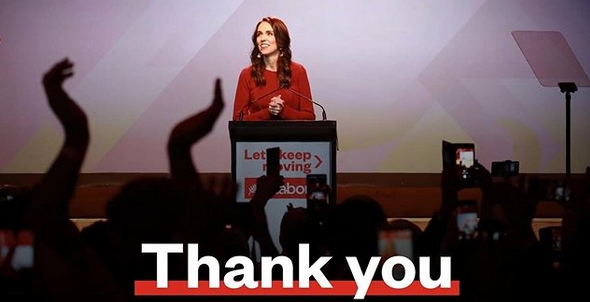 It’s hard not to be envious of New Zealand.

While other parts of the world – Australia, the UK and the USA in particular – are suffering from the virus, New Zealand seems hardly to feel the effects at all.

The Murdoch virus, that is.

By a lucky series of incidents New Zealand – once horribly infested by the Murdoch virus, which then mutated transactionally into a slightly milder case of Nine disease – is now practically Murdoch-free, and has also survived its Nine infection.

The symptoms of Murdoch virus are well known. It’s a parasitic killer that latches onto a body politic, sucking out its life and turning it into a rabid zombie that can do nothing of its own volition.

Substantial numbers of citizens in affected communities exhibit the delusional syndrome typical of the illness – believing extraordinarily florid and irrational untruths with astonishing certainty, then switching to entirely new but equally bizarre sets of beliefs as the parasitic organism demands.

Murdoch virus is a significant co-morbid complication of the global pandemic of finance capitalism, which kills hundreds of thousands every year and is now so firmly entrenched that most people consider it to be both ineradicable and likely to be ultimately terminal for the human species, if not the entire biosphere.

Treatments for Murdoch virus exist, but the nature of the infection is such that few seriously infected cases are willing to contemplate the options. Many cases are apparently persuaded that they are perfectly healthy, and they exhibit a programmed hostility towards those who have developed immunity.

In New Zealand’s case, the fortunate clearance of the virus from the national ecosystem has had obvious beneficial effects. It is possible, for example, for New Zealanders to have sensible discussions about important topics that would send an infected nation such as Australia into paroxysms of lunacy. It is even possible for elections to result in rational and even beneficial outcomes, as the victory of Jacinda Ardern recently demonstrated.

Clearly, nothing of the sort is possible in Australia, which currently possesses a government that some have described as the most corrupt and inept in living memory but which is daily praised to the heavens by the parasitic organism that controls that government’s actions for its own benefit. Other Murdoch infected nations such as the UK and USA, demonstrate the case conclusively.

In recent days former Australian prime minister Kevin Rudd has been promoting the idea of subjecting the nation to a medical examination, in the form of a Royal Commission, apparently hoping that this – if it occurred – might jolt the victim from its virus-induced trance and back into some semblance of health.

I don’t expect this to work. For a start, the symbiotic relationship between the parasite and the governments it controls means that even a million signatures calling for an inquiry into the national ailment would be ignored.

There is no harm in dreaming, of course. For my part, I often indulge in such fantasies, imagining an Australia freed from the fevered madness of the Murdoch virus and able to face its challenges with its own best interests foremost. But for now, I’m afraid, they are no more than day-dreams.

Where does the job-cutting road lead to?