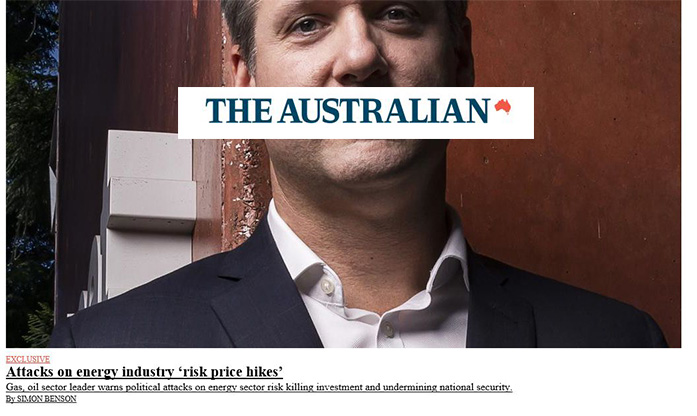 The floggings will continue until morale improves.

That’s the word from Australia’s real government – the energy and mining industry.

According to the head of the Australian Petroleum Production and Exploration Association, Ian Davies, “political attacks” on the energy industry could kill investment and make consumer prices go even higher than they are now.

In other words, shut up and take your lumps, otherwise we will belt you harder.

Naturally, in the lala-land of the Murdoch press this warning is reported with solemn gravity. Don’t be nasty to the big bosses or they will take their money and go home, is the message from the dutiful minions.

Except no they won’t.

In Australia the mighty energy and mining companies get preferential access to resources theoretically owned by the people of the nation, are given hefty subsidies to get those resources out of the ground, are helped with infrastructure to make mining and transport easier and then get a tax holiday on their eye-watering profits. And those profits are currently massive, thanks to global shortages and unrest which have provided opportunities for price-gouging that has made resentful headlines across the globe.

In response to suggestions that the Federal Government might intervene to either tax the sky-high profits, cap consumer prices or enforce the reservation of supplies for domestic needs, the industry is scornful. Market intervention doesn’t work, Davies says. Unless it’s a subsidy or some other type of special treatment for the masters, in which case it is fine. Just don’t ask them to pay a fair share of tax or ease off on their opportunistic price-gouging.

We all remember what happened when former prime minister Kevin Rudd tried to impose a super-profits tax a couple of booms ago. The resource giants funded an ad campaign that, combined with a solid Murdoch media fatwah, killed the idea stone dead.

What do the energy companies see as the alternative to the alien concept of being reasonable, decent corporate citizens? More mining and extraction, of course. Get rid of all opponents to extraction and let us have more of those sweet tax-free dollars.

Ever since Australian governments helped the gas industry get its hands on the gear, and helped it set up infrastructure to ship the gear offshore, the consequences have reverberated through the nation’s economy. Instead of having only the domestic market to sell to, the energy masters could now flog most of it overseas, leaving Australian businesses and consumers to beg for the high-priced crumbs from the table. Result? Closed factories, lost jobs, lost opportunities.

An now listen to them sob in their propaganda sheets that people are being rude to them. What a sick joke.

I warned independent NSW MP Greg Piper, a couple of weeks ago, that he needed to keep a close eye on both the Liberals and Labor parties as he fought to get his bill through Parliament freeing Newcastle to have a container terminal. Labor, in particular, had a sleazy history of stabbing Newcastle in the back, I observed, suggesting Mr Piper subject any proposed Labor amendments to his bill to very careful scrutiny.

So I had to laugh – bitterly I confess – when NSW Labor proved me right. After getting positive headlines in the local paper for letting the bill through the Lower House, Labor did a typical two-faced stunt and presented some last minute amendments in the Upper House that would have resulted in no improvement in Newcastle’s position. Labor didn’t have the numbers to force its amendments through, but it arguably showed its true colours once again. I say “arguably” since is claiming its last-minute surprise amendments were well-intentioned. Nobody else who was involved seems to agree, however.

Anyway, Mr Piper won the day, against the odds, and some of the damage done by the disgraceful formerly secret deal designed to hold Newcastle back from having a container terminal should, hopefully, be undone at last. For non-Newcastle readers the scam worked like this: The Government wanted to sell long-term leases on the state’s ports. It was running out of goodies to hand to corporate pals so it wanted the highest price possible for the combined offer of Sydney and Port Kembla. Buyers might have been worried that Newcastle could compete against them if they bought the southern ports, so the government snuck in a secret clause to the later Newcastle sale, saying that if Newcastle’s new owners tried to compete they would have to pay crippling penalties.

And then the government lied about it for years, falsely claiming it had done no such deal. What a banana republic stunt!

Anyway, Newcastle is now cleared to try to establish a container terminal after all. Let’s see what new obstacles the two major political parties and their big-money mates come up with this time. Requiring a massive compensation payment to the Sydney port owner seems a likely first hurdle . . .