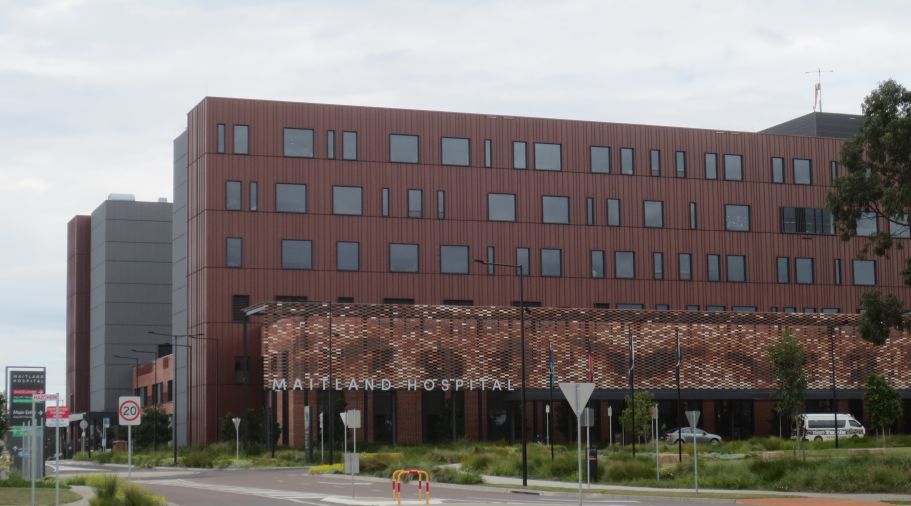 Years ago, when I was a novice health reporter on The Newcastle Herald, I was attending the grand opening of a major piece of cancer treatment equipment at a local hospital. Because the NSW Government tends to be reluctant to spend money on populations outside the state capital of Sydney (unless a particular electorate suddenly finds its parliamentary representative influencing the balance of power) it has often been left to non-Sydney communities to fund their own capital purchases.

Like most people in Newcastle I deplored the negligence of the government but was proud and delighted that local people-power had delivered where the government would not. Cancer patients in our area would now have much more timely access to treatment than before, when they had been forced to travel hundreds of kilometres and face long delays.

While people smiled and took photos at the opening event, I noticed the head of the local health board looking miserable on the sidelines. I went over and asked him why he wasn’t celebrating like everybody else. His answer was very clear and direct. While he definitely applauded the good intentions of the people who had worked so hard to provide this piece of expensive equipment, he told me the purchase had put him in a difficult position. Buying the capital equipment was the “easy” part, he said. The hard bit was finding the money to operate it. And, make no mistake, at this point the state government was absolutely not going to commit recurrent funding to operate this piece of equipment. Why not? Read that last sentence again. It’s the word “recurrent”.

“Recurrent” means money you have to spend every year. It’s money that is in the budget for the foreseeable future. And, from a politician’s point of view, although you might get a round of applause the first year you add those funds to the budget of a regional health service (if you are lucky), after that it’s taken for granted. No more applause or political kudos that might translate into votes at an impending election. And let’s face it, in NSW elections are always impending.

They hate the word “recurrent”

No, the government doesn’t like increasing the recurrent budget unless it absolutely has to. It much prefers to buy a one-off shiny piece of gear: a gizmo that goes “ping” and looks interesting in a photo opportunity. But then, having provided the shiny bit of gear you can almost guarantee that the government won’t want to cough up the money to actually operate it. Especially if that might mean hiring somebody on the permanent payroll.

That’s why the local health chief had such a long face when the new piece of cancer equipment turned up. Now it was here, installed in its special building with all its bits and pieces and fully connected, ready to go, the community expected it to be used. People were going to demand results. Trouble is, the local health budget hadn’t changed and the state government, not necessarily all that happy about having been shown up by some determined locals crowdfunding some equipment it didn’t want them to have, was not going to provide any more money to run that equipment.

So, the health chief’s dilemma, as he explained it to me, was this: “Who am I going to take the money from to make this thing work?” Would it be old people? Young people? Babies? Being a regional centre, Newcastle’s health budget had no spare dollars sloshing around that weren’t already working hard keeping sick people alive.

Eventually, after some years passed, funding was eventually extracted from the government – not enough, of course, but as a journalist I had seen a fundamental truth that I have never since unseen. Suddenly lots of things in the health system made sense. That’s why they closed wards for “repainting” in about April or May every year, even if demand for beds was running red hot. The money was running out, the end of the financial year (June 30) was approaching and the health service would be punished if it went over-budget.

That was decades ago. I would love to be able to say that things have changed for the better since then, but they haven’t. In fact, they are probably a lot worse. Since then we have seen governments striving more and more to privatise health and other services on what have been called “ideological” grounds. In my opinion it is a lie to call this push ideological. That implies the push is based on a belief that private health providers are more efficient, less wasteful and provide better value for money. Mountains of evidence prove that to be false. Private providers prioritise profits and you only need to look at the nightmare of US health services to see the horror-show at the end of that rainbow. So no. The private push isn’t ideological. It is driven by two factors that are important to politicians. Number one factor is it funnels money into corporations that are or may likely become political party donors. Number two is it gets recurrent funding off the government’s books and puts it into the private sector. Neither of those factors are good for the quality of healthcare.

The government still prefers to buy shiny bits of capital equipment which look great, impress the punters and might turn votes on election day. It still hates to fork out the money that’s needed to run those bits of equipment. And when I say equipment I mean the whole physical fabric of the health system. The horrible truth is that the government prefers people to die waiting for health care, to actually funding the system properly. And the further you get from Sydney the less it cares.

Recently I had to take an injured relative to a brand new public hospital in Maitland, near Newcastle, NSW. There had been warnings for many months from health staff that this shiny new facility was inadequate by design and would be massively underfunded and incapable of meeting existing demand, much less the increased demand brought about by strong population growth in that area. And let’s not even talk about the impact of the pandemic. Our experience in the hospital bore out all the warnings. There was zero chance of the required treatment occurring in the recommended time-frame. The place was overrun by demand. The ambulance bays in the casualty department were operating as a de facto ward. One staff member mentioned some accident they’d had during recent leave and I jokingly suggested they might have had the chance to experience the hospital from the patients’ side. They looked at me in horror and said they couldn’t imagine any situation in which they would agree to be brought to this hospital.

The state government knew this was going to happen. In fact, it made it happen on purpose, not just in Maitland but all over the state.

In The Saturday Paper of September 24 – 30, 2022, writer Rick Morton splashed with leaked documents proving that the government totally ignored health department warnings that shiny new facilities the government had boasted of building all over NSW were being opened without the funding they needed to operate. The government had won brownie points from voters by investing in $10 billion worth of capital upgrades to hospital facilities between 2015 and 2019, with nine major capital projects due for commission in 2021-2022. But the money to run all this new capacity had been deliberately withheld. “It is critical that the annualisation impact of these new facilities are recognised to meet the ongoing service delivery and operational demands from the community,” the health department advised, noting that as much as $2.6 billion would be needed over the next 10 years. It’s advice appears to have been ignored.

These shiny new facilities are, to some extent, mere shells. Without money they can’t deliver the services the politicians promised. Without money the existing staff – already under huge pressure from the effects of the pandemic and its many flow-ons – are burning out and leaving, making the crisis even worse. And, unlike in past years when a local board boss could tell these things to a local newspaper, current governments demand complete silence from their staff under pain of dismissal.

It’s true that most of the above is true of other government portfolios than health. The government would rather spend cash on a football stadium or send some shifty crony to a plum job in New York than do its real job of providing services for its population. But while short-changing the public in other portfolios might be bad, in health – hospital and ambulance services in particular – it is life-threatening.

I will go so far as to say that I believe people have probably died, and more will probably die, because the government has chosen to under-fund the health system, preferring to hold public money back to spend on more shiny baubles at election time. The government should be made accountable for this cold-blooded political calculation.

The bodyguard has killed the hostage