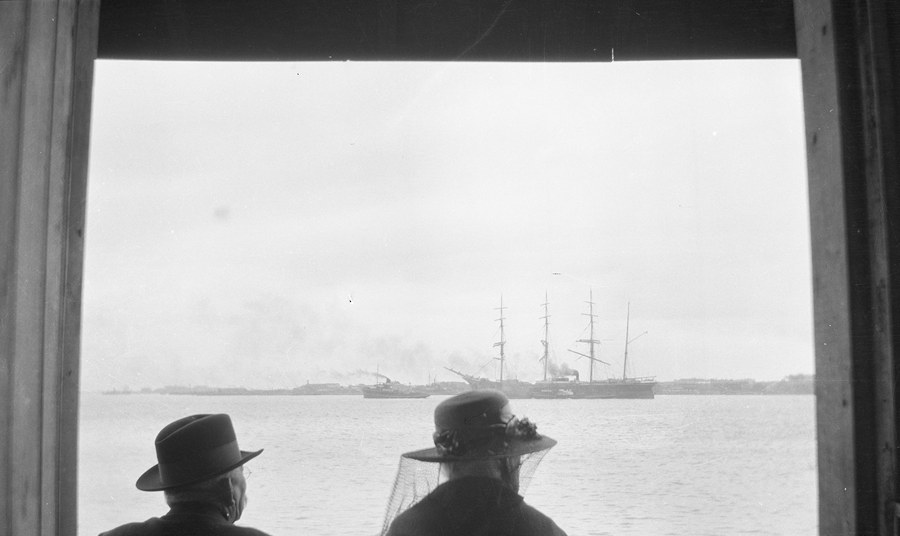 Wilfred Hayler was in his late teens when he decided to photograph the ships and other activities around the busy harbour of his home town, Newcastle, NSW.

It doesn’t seem as though young Wilfred had particularly sophisticated camera gear, but he did have a good eye for a picture. And at the time he was taking his hundreds of photos, the world of shipping in Newcastle Harbour was in a fascinating state of transition from sail to steam.

In the early to mid-1920s, when Wilfred was taking his pictures, Newcastle Harbour was a busy and fascinating blend of the last of the sailing ships, eking out a living in the coal trade, and the faster and less fussy steamers and oil-burners. Also, his photos show the old paddlesteamer tugs still at work.

Not much is known about Wilfred. Descendant Samantha Pearl – the owner of the collection – said he was born on August 20, 1906, the only son of butcher James Hayler, of Laman Street, Newcastle. He worked at smallgoods wholesaler Lord and Fry, and then later – apparently – in some role at Customs House. He married Daphne Bennett on November 11, 1935. The couple had no children, and Wilfred died in 1959.

Samantha is anxious to ensure Wilfred’s photographs are seen by a wide audience, and she hopes many people will appreciate the work of an enthusiastic Newcastle youngster, back in the 1920s.

Harry was a WW2 Z-Force commando