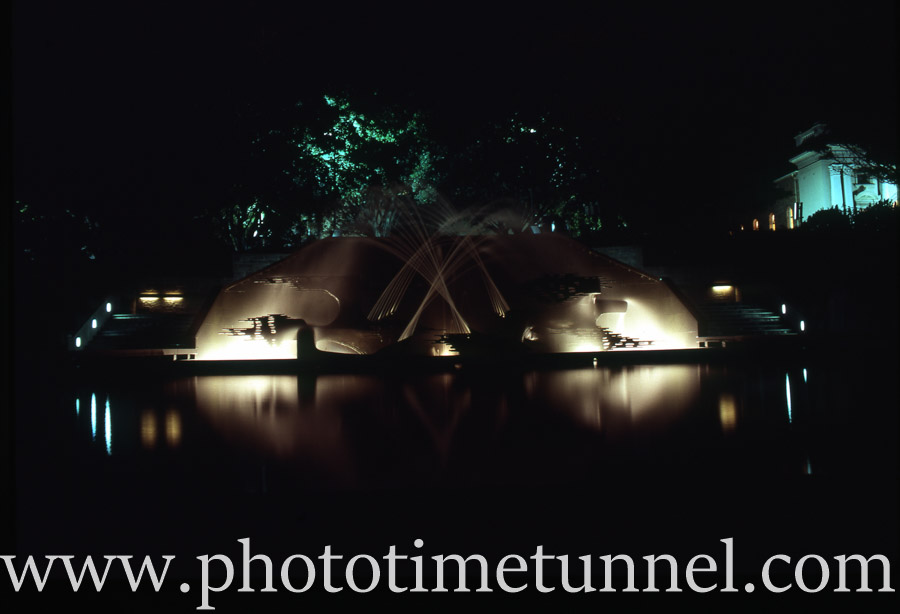 In these iconoclastic days, when statues are being hauled down and thrown into rivers, it’s hardly surprising that some people have raised the question of whether Newcastle’s Civic Park Fountain ought any longer to be named the “James Cook Memorial Fountain”.

As a matter of fact, I’d be surprised if a very large proportion of Newcastle people even knew the famous fountain was named for the British explorer, whose reputation is now being revised in some quarters, mostly because of his negative attitude towards Australia’s indigenous inhabitants and simply because the colonial period in which he built his fame is being critically re-evaluated by 21st century historians.

The thing is, the fountain really doesn’t have much to do with Cook or colonialism as far as I can see. Speaking for myself, I’ve always called it “the Civic Park Fountain”. But if it had to have a new formal name I’d be glad to see it named after its creator, sculptor Margel Hinder, who won a nationwide competition that Newcastle City Council launched in 1961. The initial budget was £15,000, quickly rising to £20,000, and the council offered £400 prizemoney for the winning design. About 90 entries were received and Margel Hinder won the prize.

After much deliberation the council decided to go ahead with the construction, and work began in 1965. For Margel Hinder and her husband Frank, it was a labour of love. The pair worked 16-hour days on the project, striving to make the water jets work with the sculptural forms in a way that fitted the artist’s vision. Newcastle architect Brian Suters, meanwhile, worked on the pools and other associated components of the job.

The year 1966 brought decimal currency to Australia, and the cost estimate for an enlarged and refined version of the fountain rose to almost $78,000. It would be comprised of three main sculptural forms of sheet copper, reinforced inside with stainless steel. On September 29, 1966, the fountain’s sprays operated for the first time, and the official opening followed on the night of November 1. It was well-received by the public, though some harsh critics claimed it looked like a bootlast.

Margel Hinder described the work as an attempt to create a fountain that worked as a sculpture when the water was off and when it was on. “I have planes of water that form shapes when related to the sculptural shapes,” she said. “The whole thing is worked on a spiral,” she said, adding that it was designed to present a view from all angles except the inaccessible back.

She said her influences included the rugged coastal cliffs and old rock walls around Newcastle. “But the fountain doesn’t symbolise anything – it is not a spring or a person. I don’t believe symbolising is part of our age,” she said.

It was reported that, over the 127 weeks she spent on the work, Margel Hinder earned a weekly rate of $13, after expenses. Calling the work the “Margel Hinder Fountain” might help sweeten the deal, retrospectively, if the name has to change. And I don’t think James Cook would care much, either way.