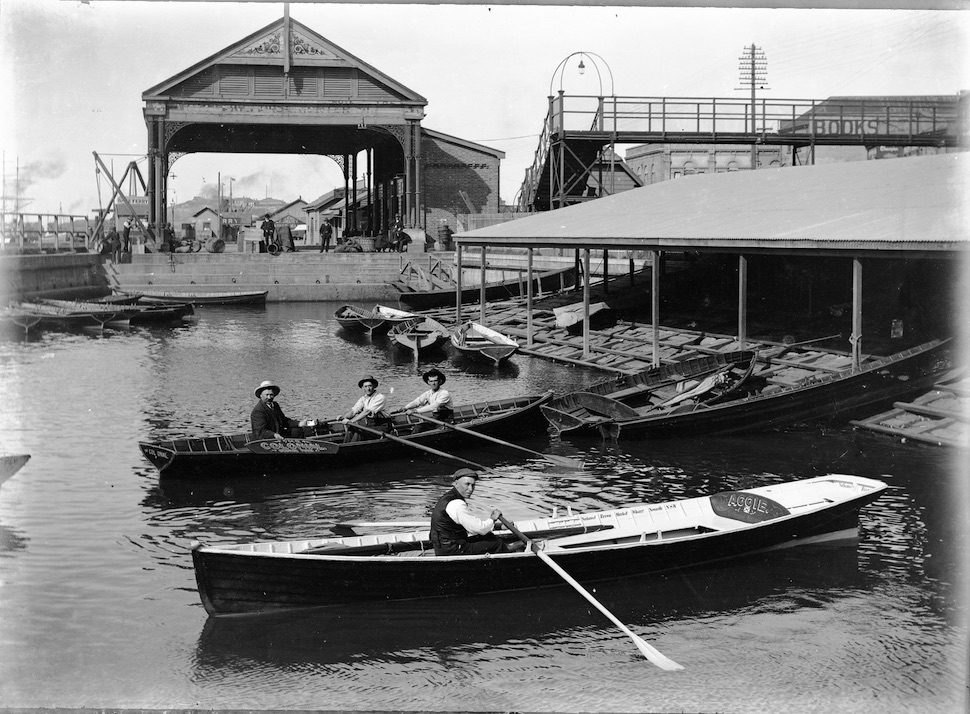 In its early days Newcastle was linked to its harbour. Its streets ran down to the water and it had a large undercover produce market at the harbour end of Market Street where farm products from the highly fertile river islands were traded. Incorporated in this market complex was a boat harbour, the headquarters of the watermen who used to take goods to the ships that came into port. The ferry wharves were also close by.

But the demands of the state government meant this situation couldn’t last. First, the government eliminated easy access to the harbour by insisting its railway be extended from its original Honeysuckle Point terminus to Watt Street. It seems strange today, considering the recent history of the railway, that this extension of the line was very much against the wishes of the city’s residents. A substantial petition was sent by citizens, begging the government not to extend the rail line from Honeysuckle and arguing that coal loading should instead be shifted to the Dyke, an area being reclaimed by the dumping of shipping ballast to form deep water wharfage. But the government wanted to make more money from the railway as quickly as it could. The old terminus wasn’t close enough to deep water for easy trans-shipment of cargo between rail and ship, and Watt Street was a quick fix for the government.

By the time the government filled in the boat harbour the produce markets were well and truly superfluous, since the once-fertile Hunter River islands were being converted by the state government – anxious for industrial investment – into Kooragang Island, a precinct now dominated by coal-loading, chemical plants and old dumps for decades of industrial waste.